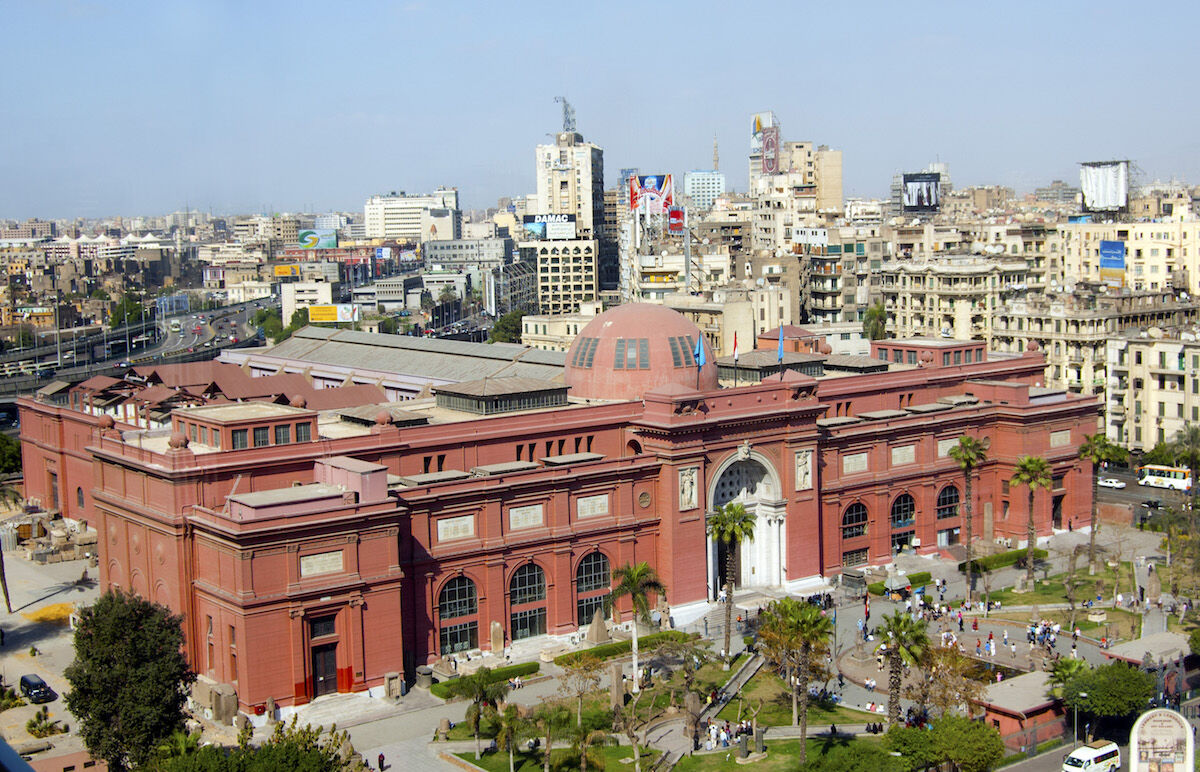 The Egyptian Museum in Cairo. Photo by Bs0u10e01, via Wikimedia Commons.

The British Museum has teamed up with other major institutions, including the Musée du Louvre, to bring new life to the Egyptian Museum in Cairo. The €3.1 million ($3.5 million) pan-European plan, formally known as Transforming the Egyptian Museum of Cairo, will be backed by a consortium consisting of the British Museum, the Louvre, the Museo Egizio in Turin, the Ägyptisches Museum und Papyrussammlung in Berlin, and the Rijksmuseum van Oudheden in Leiden.

A particularly charged subject of conversation regarding this ambitious undertaking has been whether or not the Rosetta Stone, which was found by Napoleon’s army in Egypt in 1799 and is currently housed at the British Museum, would be returned to the country of its origin. The Rosetta Stone bears a decree about Ptolemy V Epiphanes in three different scripts: Ancient Egyption hieroglyphs, Demotic script, and Ancient Greek. It was carved in 196 BCE and, because the content of the inscriptions were near identical between scripts, it proved to be the key to deciphering Egyptian hieroglyphs, thereby unlocking a great deal of ancient Egyptian history.

A British Museum spokeswoman told The Art Newspaper that there are no current requests nor plans to lend the Rosetta Stone. Instead, the British Museum’s contribution to the Egyptian Museum revamp will be centered around curatorial advice for the later period and Ptolemaic galleries, in addition to supporting interpretation and audience engagement.

The €3.1m million plan is funded entirely by the European Union. When asked if such participations would continue post-Brexit, a British Museum spokeswoman told TAN:

We would certainly hope to continue to participate in joint initiatives post Brexit; the majority of the work on this project will take place post 29 March. The museum works in collaboration with museums in Europe and across the world, and will continue to do so.