The father of a Parkland shooting victim made a devastating statue of a child hiding under a desk. 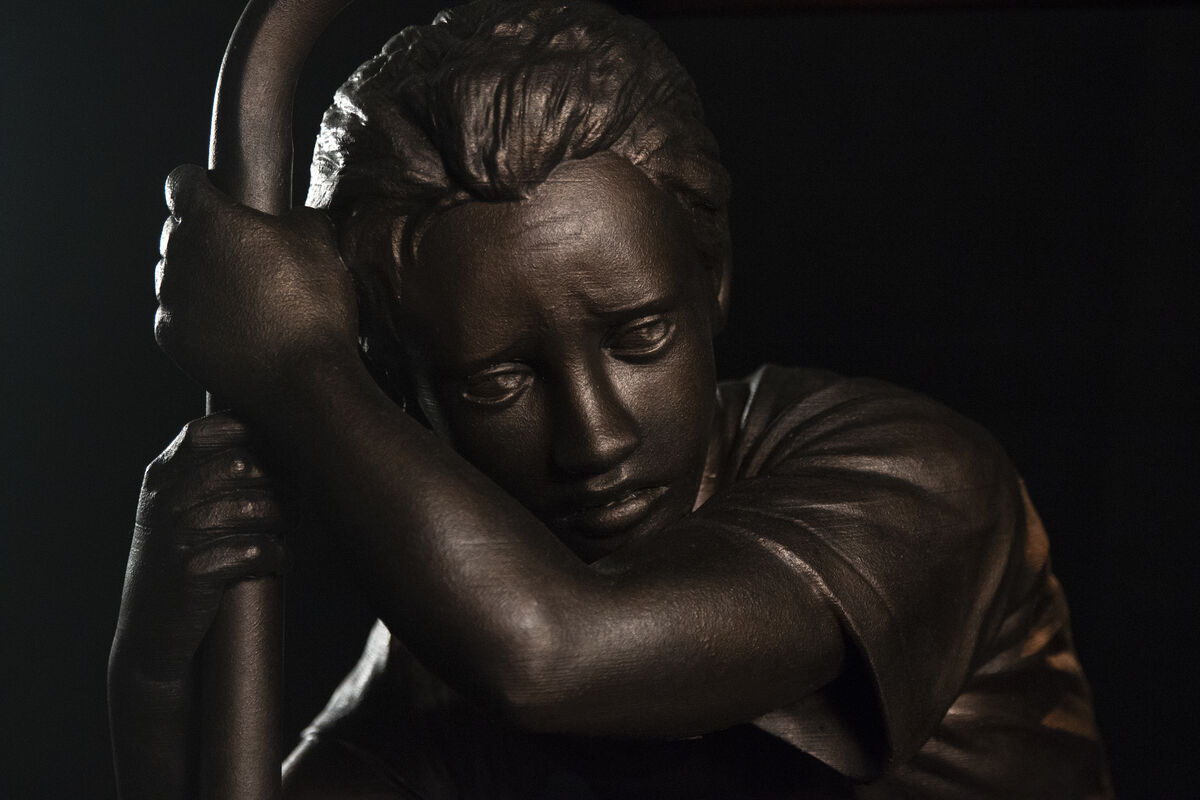 Detail shot of The Last Lockdown. Photo by Daniel Crumrine.

The artist, Manuel Oliver, lost his 17-year-old son Joaquin during the 2018 mass shooting at Marjory Stoneman Douglas High School in Parkland, Florida. To honor Joaquin’s memory, Oliver helped conceive a sculpture that will be displayed in 10 congressional districts represented by pro-gun lobby politicians, as part of a campaign to increase voter turnout and elect leaders who will enact stricter gun laws. The work, entitled The Last Lockdown, is powerful. It depicts a small boy crouched under his desk, cast using 3D-printing technology in a copper-colored bronze.

The project installs editions of the work in places such as Las Vegas, Denver, and in Parkland, and is backed by former congresswoman Gabby Giffords, who herself was a victim of a 2011 mass shooting that occurred in Arizona. “Too many students have to reckon with the unspeakable trauma of gun violence,” Giffords said in a release. “They are tired of gunshots, they are tired of funerals, they are tired of loved ones no longer being around.”

“It’s too late for us to save Joaquin from gun violence,” Oliver told the Huffington Post. “But through art my family and I are making sure that we protect the rest of the kids out there.”