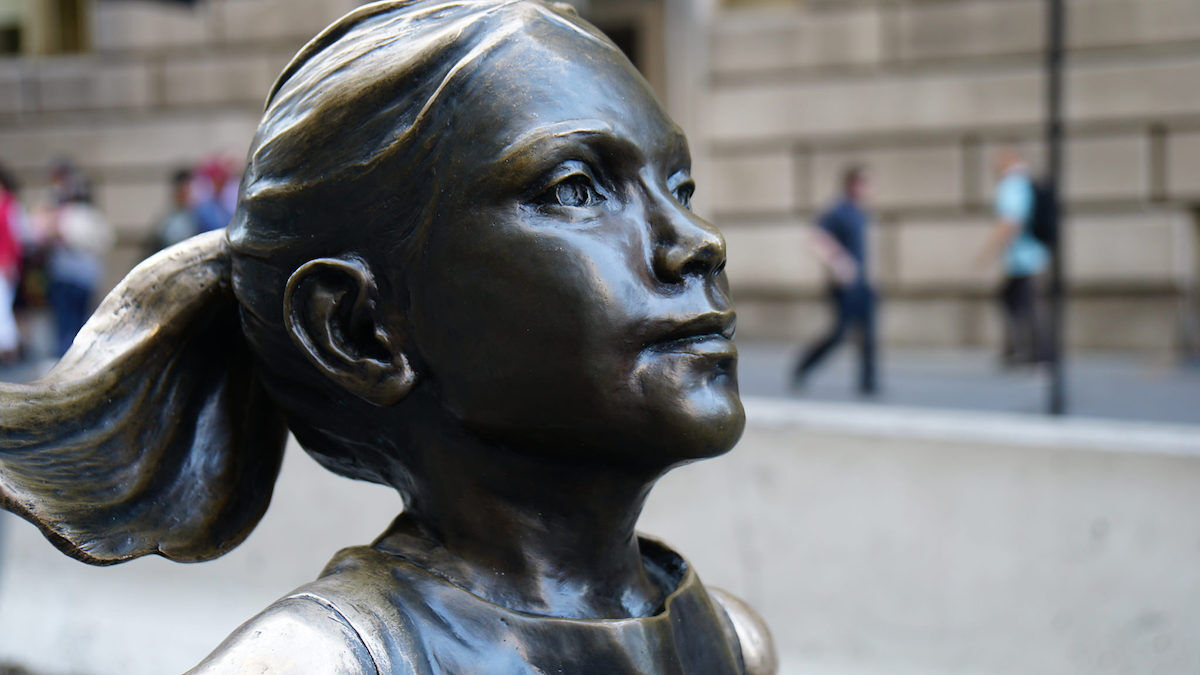 Fearless Girl isn’t backing down, she’s just relocating to a more permanent location. The four-foot tall statue of a young girl, arms akimbo, previously was embroiled in a standoff with Wall Street’s Charging Bull, but her position was only meant to be temporary. Now, she’s been reinstalled in a more secure spot in front of the New York Stock Exchange after winning a place in New Yorkers’ hearts.

“Instead of staring down the bull, she’s going to be staring down all of business,” Representative Carolyn Maloney (D-N.Y.) said at the ceremony inaugurating Fearless Girl’s new locale, according to the AP.

Created by sculptor Kristen Visbal, the bronze statue, commissioned by Boston-based financial firm State Street Global Advisors (SSGA), was put up on to mark International Women’s Day in March 2017 for what was only meant to be seven days. A month later, Fearless Girl earned herself an appearance on the cover of The Village Voice (albeit in tandem with an essay critical of her feminist status). She has served as a photo opportunity for thousands of tourists, as well as politicians including New York City Mayor Bill de Blasio and U.S. Senator Elizabeth Warren.

SSGA’s goal was to shine a light on gender disparity on Wall Street. Since the statue went up, more than 300 companies took heed and added a female director to their firm, while another 28 have committed to do so in the future. About seven months after it unveiled Fearless Girl, SSGA settled a Department of Labor audit by agreeing to pay $5 million to female and black employees in senior positions whom it had paid less than their white male colleagues.

“There’s a lot more work to be done, but the number of companies in the Russell 3000 without a female director have actually dropped by one third, down from 2 percent to 16 percent,” SSGA’s president and CEO Cyrus Taraporevala said at the event.