The finalists for Boston’s MLK memorial include proposals by Yinka Shonibare, Hank Willis Thomas, and more. 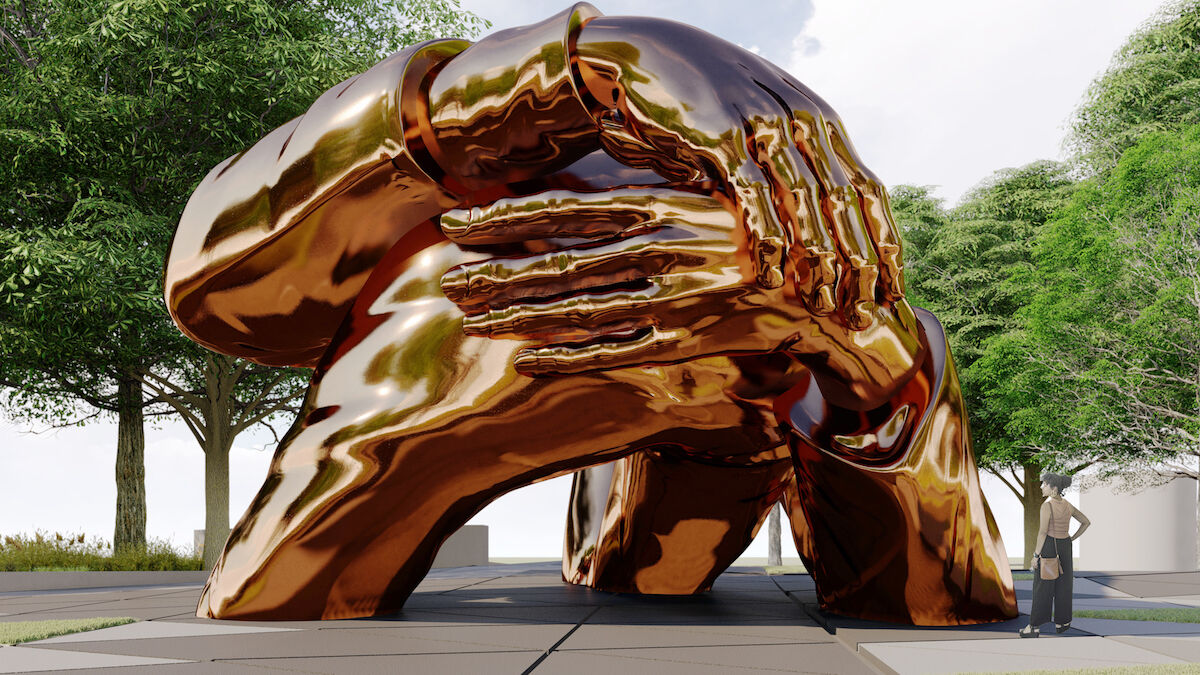 This week, the finalists for a monument to Martin Luther King, Jr. and Coretta Scott King in Boston—the city where they met—were revealed. The five proposals envision very different sculptural and landscape-based homages to the Kings in Boston Common, the oldest city park in the country, where the memorial is expected to be completed by late 2019 or early 2020. The finalists include teams led by artists Yinka Shonibare (with Stephen Stimson Associates ), Adam Pendleton (with Adjaye Associates, Future\Pace, and David Reinfurt), Hank Willis Thomas (with MASS Design Group), Barbara Chase-Riboud, and Krzysztof Wodiczko (with Julian Bonder, Maryann Thompson Architects, and Walter Hood). A public review and feedback period kicked off on Tuesday and will continue through October 16, after which municipal officials and members of Martin Luther King Boston, the nonprofit leading the project, will announce a winner.
“I would describe them as breathtaking, visionary, bold, and immersive, and I think people are going to be shocked by them, and hopefully in a good way,” Paul English, the founder and co-chairman of Martin Luther King Boston, told the Boston Globe. “This is going to be the most modern thing in the Boston Common, and I think the Kings deserve that.”
The finalists’ designs are eclectic, from Shonibare’s colorful monolith fountain at the center of the “Avenue of Peace” design, to the zig-zagging and cantilevered walkway envisioned by Pendleton’s team. The centerpiece of Willis Thomas’s proposal would be a large sculpture of mirrored bronze titled The Embrace and visualizing the Kings’ interlocking arms, while Chase-Riboud’s towering stone and bronze monument takes the form of a 17th-century wooden pulpit topped with a searchlight. Wodiczko’s team envisions an emancipation timeline leading to two towers topped with bells that will emit light and sound. Regardless of which design is selected, the memorial is expected to cost $5 million to realize ($3 million has been raised thus far), with all the funds coming from private donors. 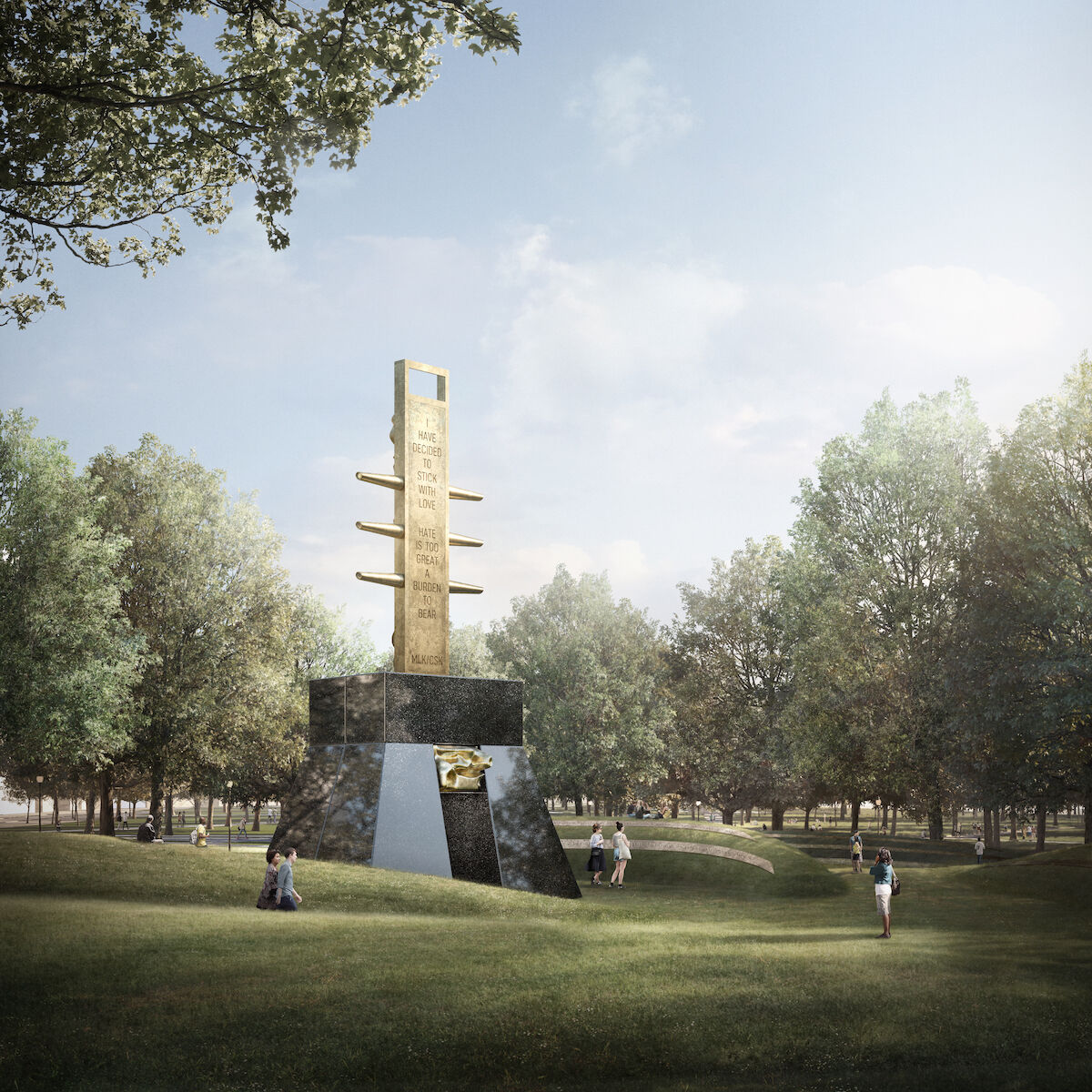 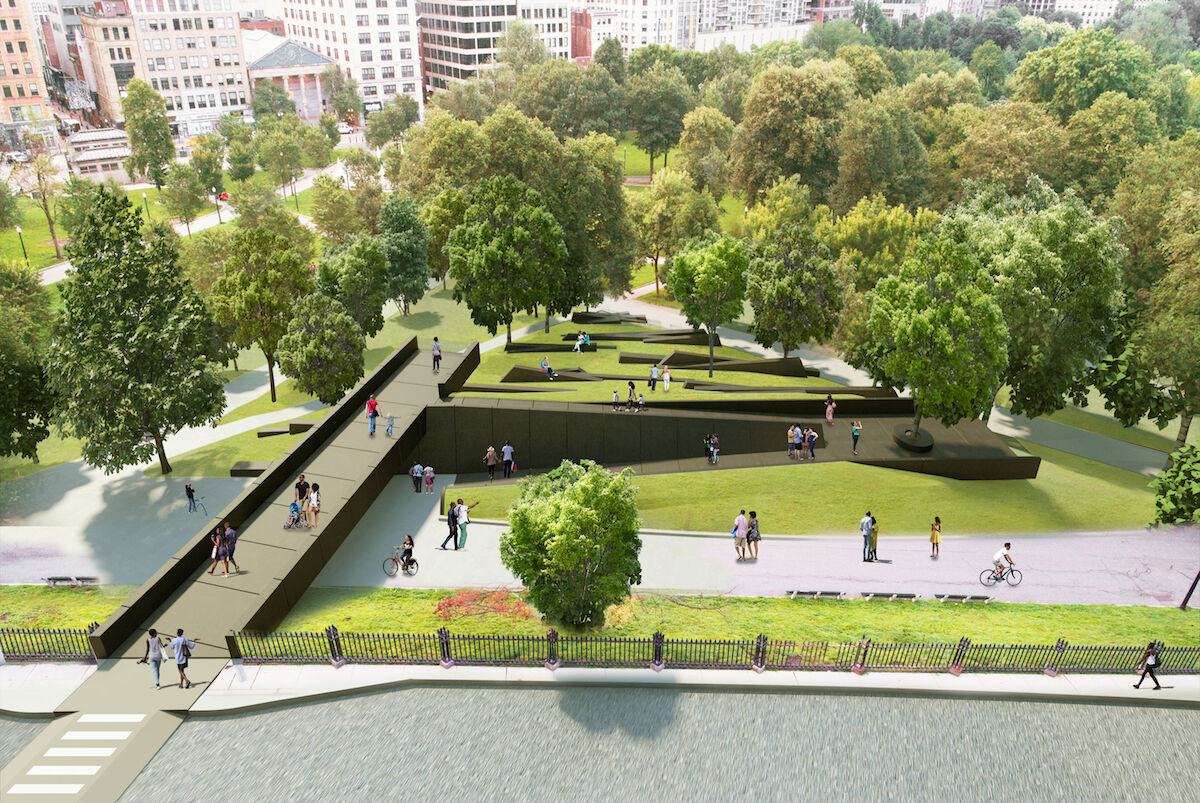 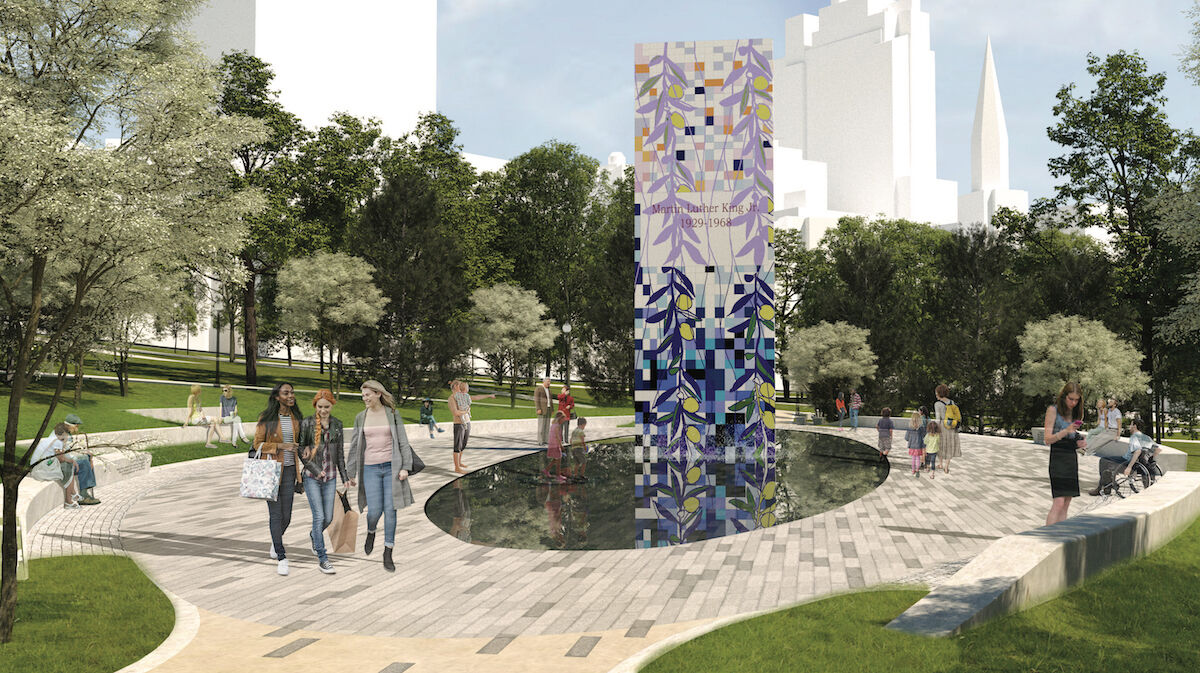