The first American woman in space is being commemorated with a new Forever stamp. 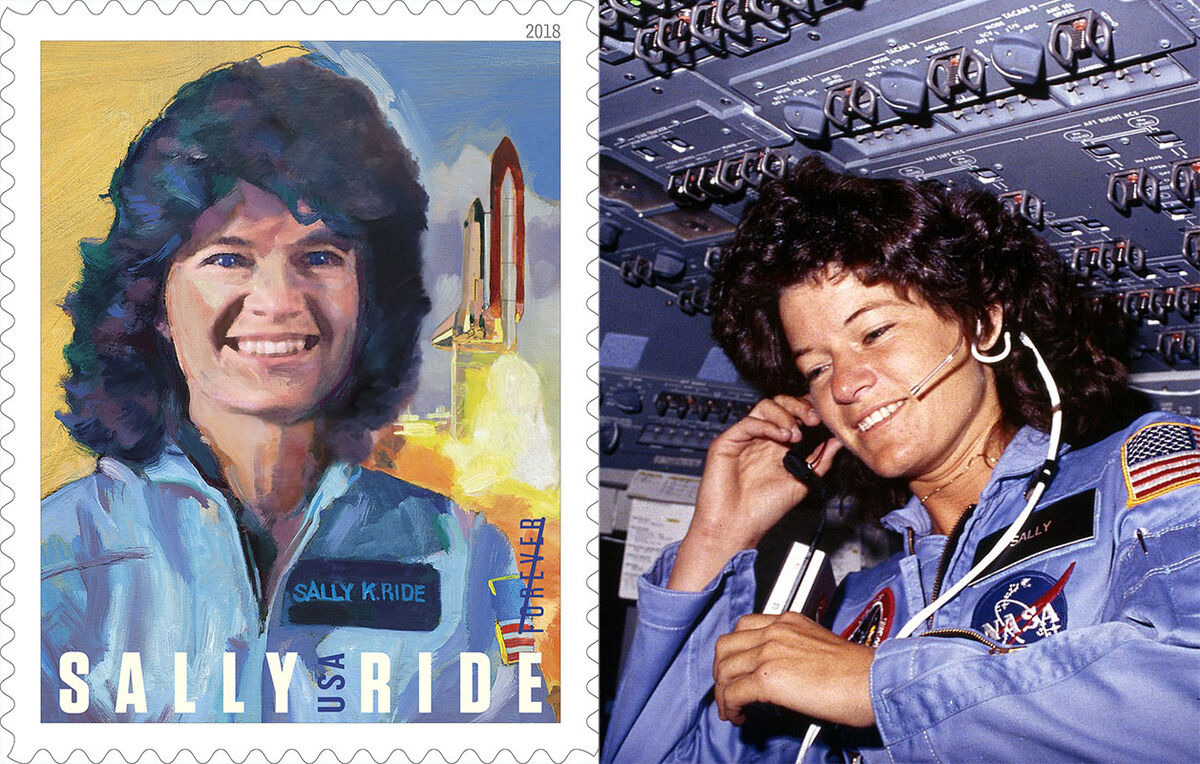 Photo courtesy of USPS. Right: Sally Ride communicates with ground controllers from the flight deck during the six day mission of the Challenger. Photo via Wikimedia Commons.

Dr. Sally Ride, the first American woman to reach space and the first LGBTQ astronaut, was immortalized on Tuesday with a Forever stamp by the United States Post Office (USPS). Painted by National Aeronautics and Space Administration (NASA) illustrator Paul Salmon, Dr. Ride graces the stamp with a jovial grin as a spaceship takes off behind her.

She first launched into space in 1983, then again in 1984, both times aboard the Challenger space shuttle. After her time as an astronaut, Dr. Ride served as a professor of physics at the University of California, San Diego and co-founded Sally Ride Science––a  non-profit organization devoted to encouraging young girls to pursue science––with her partner of 27 years, Tam O’Shaughnessy. “Sally started collecting stamps when she was a girl, and she continued to do so her whole life —especially stamps of the Olympics and space exploration,” O’Shaughnessy said in a statement. “Sally would be deeply honored to have her portrait on a U.S. stamp.” Ride died in 2012 of pancreatic cancer.