Forty-nine Whitney Biennial artists signed a letter calling for the removal of a Whitney Museum board member. 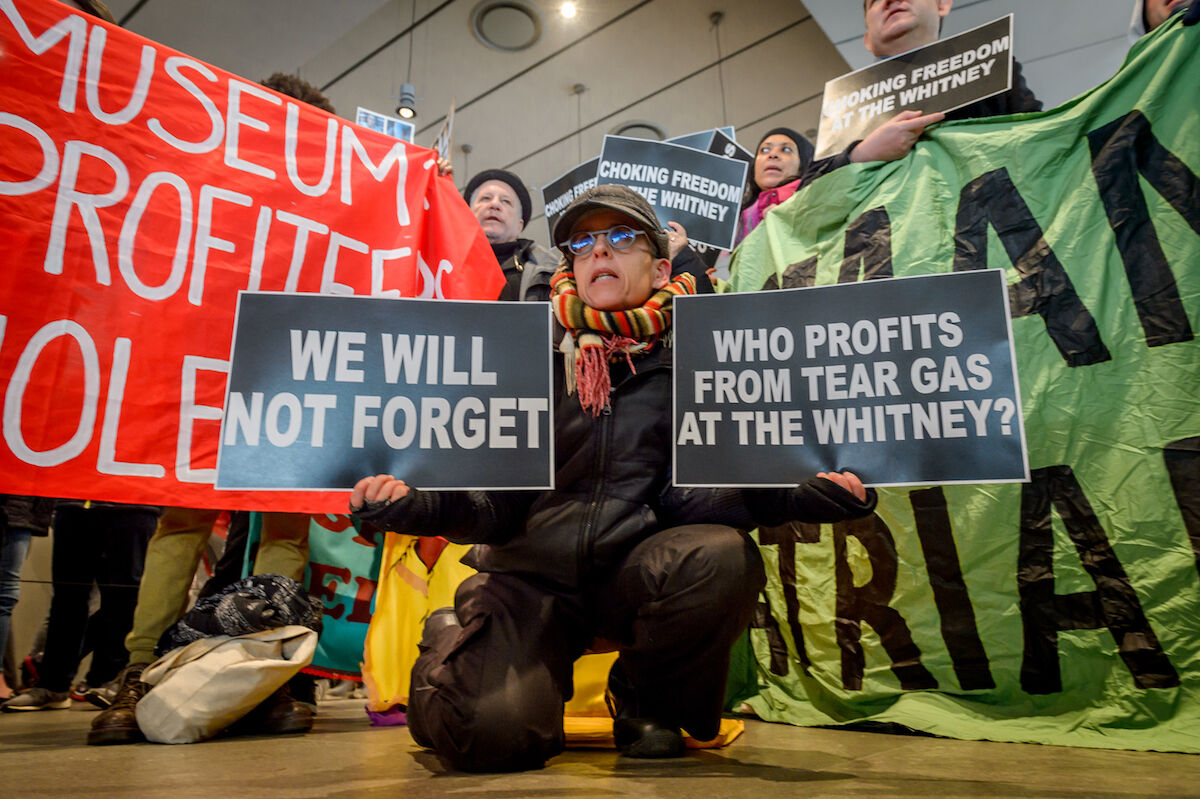 Protesters at the Whitney Museum of American Art. Photo by Erik McGregor/Pacific Press/LightRocket via Getty Images.

The Whitney Biennial is less than two weeks away, and its artists have revolted.

Forty-nine of the 75 artists and collectives selected to show in what’s considered the most definitive and prestigious survey of contemporary art in the U.S. are calling for the Whitney Museum to “stand on the right side of history” and remove from its board Warren B. Kanders, who is the chairman and chief executive of the Safariland Group, which produces military weapons and equipment popular with law enforcement, such as tear gas. Kanders is vice chairman of the board of the Whitney. His company produces equipment used by law enforcement and military forces, and Safariland-branded tear gas canisters were allegedly fired at asylum-seekers at the U.S.–Mexican border, protesters at Standing Rock and in Ferguson, as well as in contested sites in Palestine and Egypt.

The artists who signed the letter—which was first published earlier this month with 124 scholars and critics as signatories—demand that the Whitney remove Kanders from its board. Biennial artists who signed the letter include Korakrit Arunanondchai, Meriem Bennani, Jeffrey Gibson, Wangechi Mutu, and Carissa Rodriguez. They make it clear that not doing so is tantamount to endorsing the violence in which his company’s products are involved.

Asked for comments by the New York Times on Monday, the Whitney and Kanders both declined to comment. In an earlier statement, the Whitney’s director, Adam Weinberg, said that “The Whitney is first and foremost a museum,” and insisted that the institution “cannot right all the ills of an unjust world, nor is that its role.”

The 2019 Whitney Biennial is set to open to members on May 14th and the general public on May 17th. The full text of the letter and list of signatories is posted on the blog of publisher Verso Books.