France will return 26 looted artifacts to Benin by 2021. 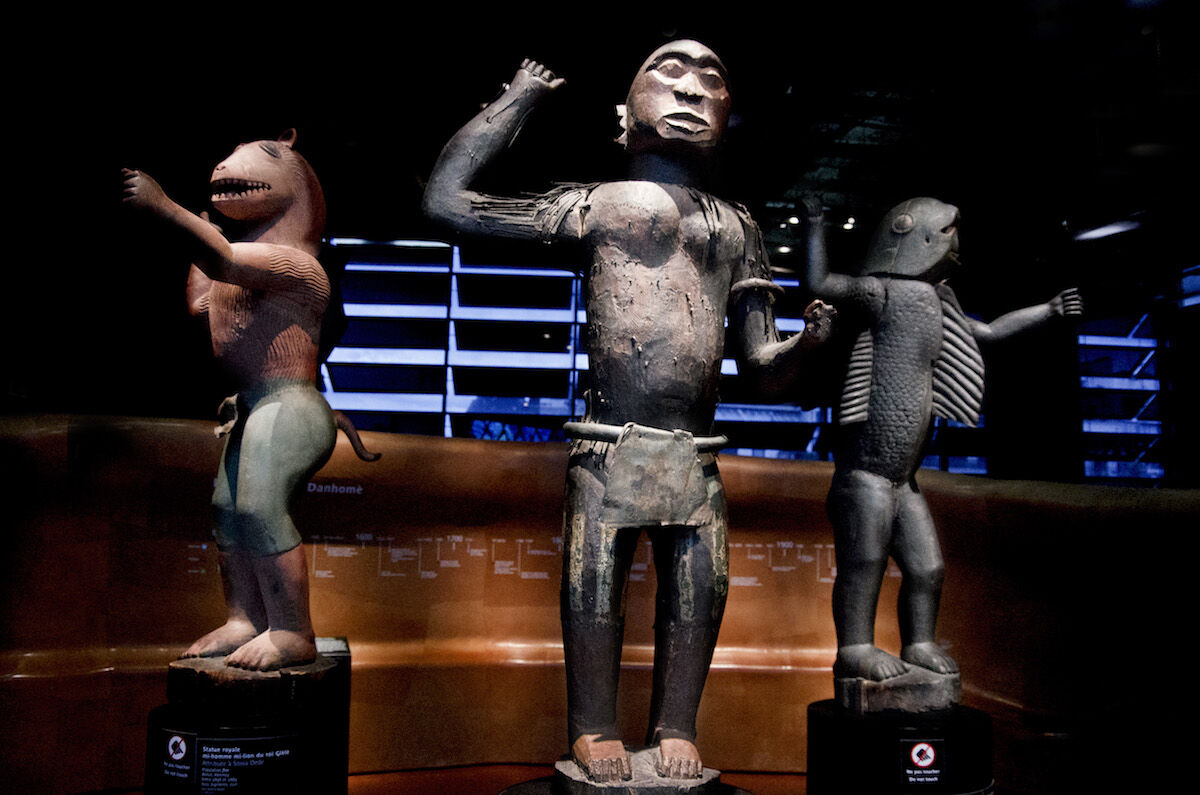 Statues from Benin at the Musée du Quai Branly. Photo by foto amateur, via Flickr.

A year after announcing that France would repatriate 26 stolen artifacts to Benin, an actual timeline for returning the objects has emerged. After a report authored by Felwine Sarr and Bénédicte Savoy recommended the return of all looted artifacts to their original homes, provided their country of origin asks for them, French president Emmanuel Macron announced the coming return of the 26 objects in November 2018. But little progress has been made since then.

The French cultural minister, Franck Riester, reaffirmed the country’s commitment to return the trove of objects, including thrones and statues, which are currently housed at the Musée du Quai Branly-Jacques Chirac in Paris. Riester said the artifacts would be repatriated in 2020 or 2021. In order for the objects to be returned, the French government would need to craft legislation allowing the restitution. Some scholars estimate that around 5,000 objects have been looted from Benin in total.

According to ARTnews, Riester tweeted:

With President [Patrice] Talon, beyond the terms of these restitutions, we discussed the enrichment of cultural cooperation between our [two] countries. The course is clear and our mobilization total.

Macron first pledged to return stolen African artifacts in 2017, saying “African heritage can’t just be in European private collections and museums,” according to the New York Times. However, since Macron’s promise to return a selection of objects to Benin, France has pledged to return artifacts to just one other African country: Last month, the country returned a 19th-century sword to Senegal.