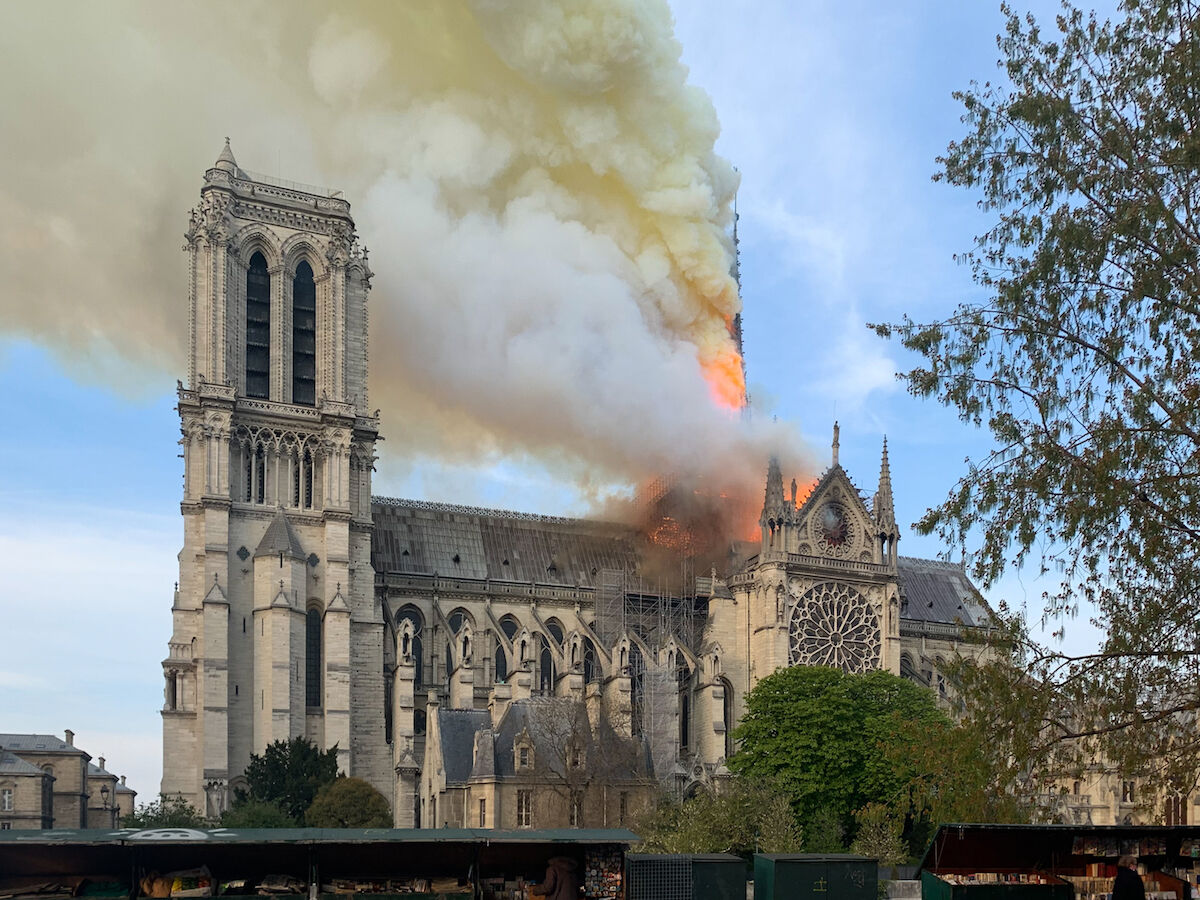 The spire of Notre Dame Cathedral on fire on April 15, 2019. Photo by Wandrille de Préville, via Wikimedia Commons.

In the wake of Monday’s fire at Notre Dame Cathedral, which caused the complete collapse of the cathedral’s 305-foot spire, Édouard Philippe, the prime minister of France, has launched an international architecture competition to redesign the historic structure’s roofline and spire.

Construction of Notre Dame began in the 12th century and continued over the following 200 years, but the spire was added in the 1860s during a renovation led by architect Eugène Viollet-le-Duc. Philippe told reporters that he hopes for “a spire suited to the techniques and challenges of our time,” adding that:

The international competition will allow us to ask the question of whether we should even recreate the spire as it was conceived by Viollet-le-Duc. [...] Or, as is often the case in the evolution of heritage, whether we should endow Notre Dame with a new spire. This is obviously a huge challenge, a historic responsibility.

French president Emmanuel Macron promised Tuesday that Notre Dame would be rebuilt and that, within five years, the church would be “more beautiful than before.” However, the conservation architect Pierluigi Pericolo told French media that the task would take “no less than 15 years.”

The spire collapsed just before 8 p.m. on Monday, and much of the roof structure came down soon after. When the fire broke out, the spire was the focus of an €11 million ($12.4 million) renovation that the cathedral was undergoing; thankfully, this restoration involved the temporary removal of the spire’s 16 copper statues, which remain safe. The cathedral’s iconic bronze rooster, which sat perched atop the spire for almost two centuries, was found among the wreckage on Tuesday. Though it sustained substantial damage, it’s believed to be restorable.