A Francis Bacon portrait of his lover George Dyer sold for $49.8 million at Christie’s on Thursday night. 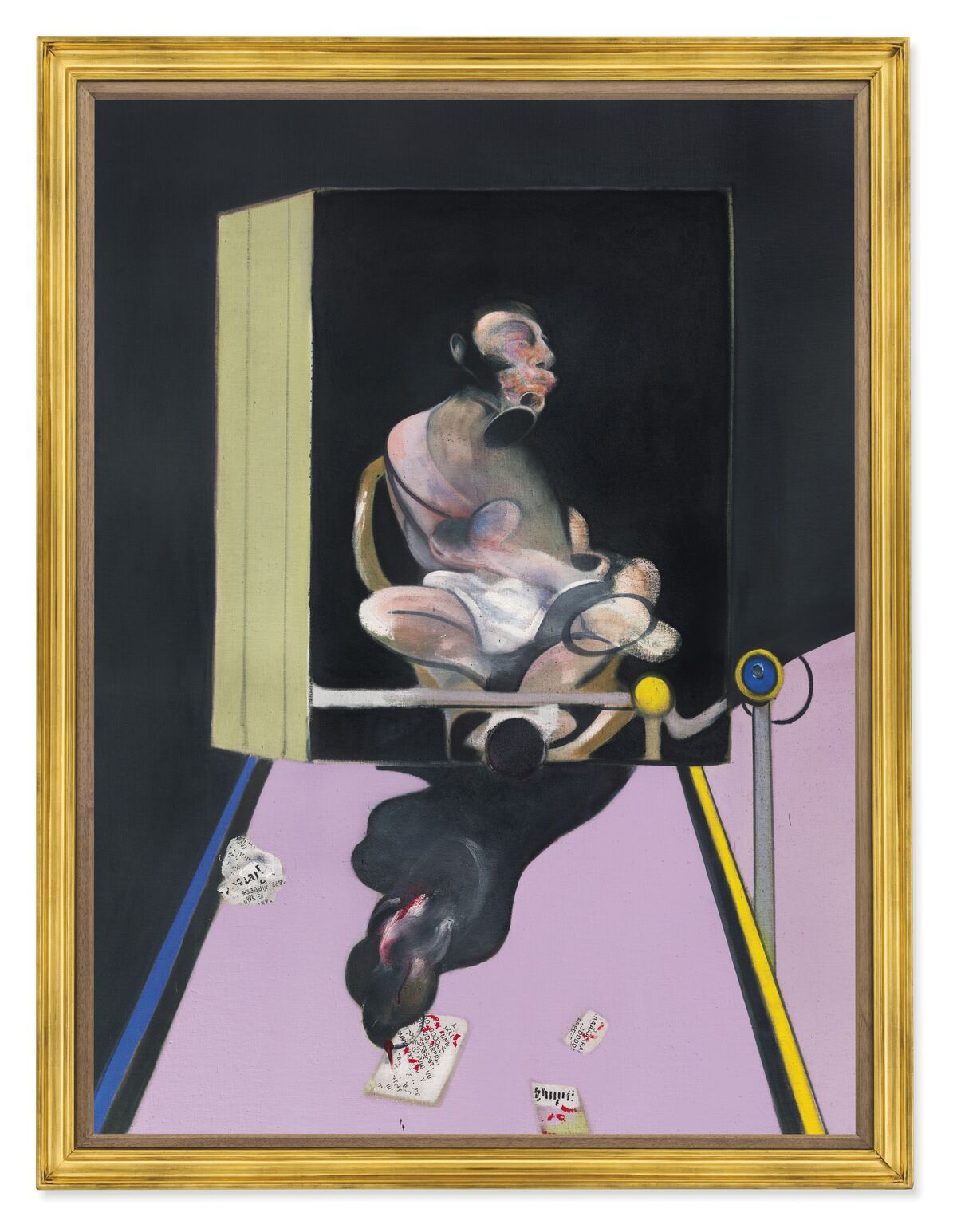 Bacon’s 1977 painting Study for Portrait, which was created after his lover and muse George Dyer’s death, sold for $44 million, or $49.8 million with fees, at Christie’s on Thursday evening, topping the night’s results. Auctioneer Jussi Pylkkanen chandelier bid up to $30 million (the pre-sale estimate of the work), when the dealer Larry Gagosian jumped in with a single bid. Gagosian bowed out with a shake of the head when the price got to $31.5 million, prompting a protracted bidding war across the saleroom between Ana Maria Celis, a vice president in the post-war and contemporary art department and Renato Pennisi, director and senior specialist of Christie’s Italy.

They went up by increments of $500,000. After passing the threshold of $40 million, each gave the flat-hand signal for “hold” to implore auctioneer Jussi Pylkkanen to wait just a few more seconds before dropping the gavel (usually a sign that they don’t have a willing bidder). In this case, their clients each went a little further. Celis went to $41 million, Pennisi went to $41.5 million, and then after a long pause Celis came back with $42 million. Then Pennisi went to $43 million and came back with $43.5 million. That that might have secured it, but after an even longer pause Pennisi went up one more to $44 million, and it hammered there. The $49.8 million price tag, after fees, made it the highest price for a contemporary artwork recorded this week.