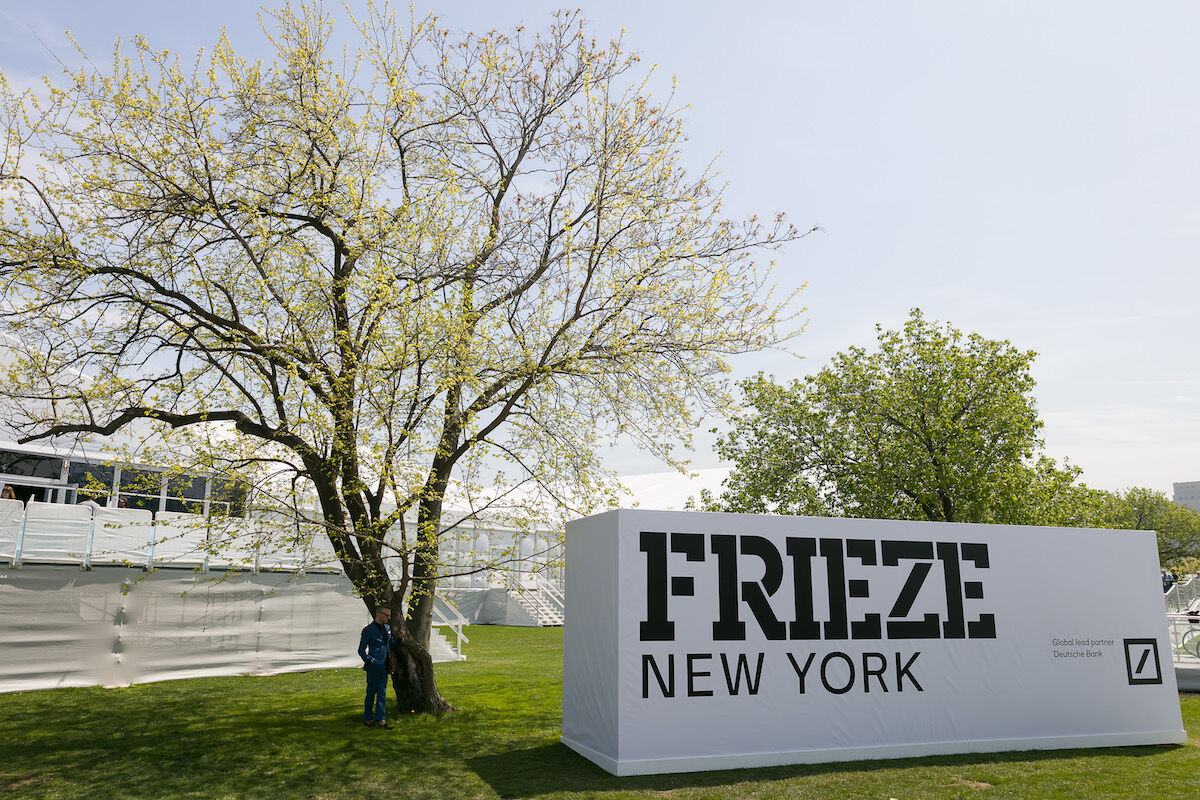 The 2020 edition of the Frieze New York art fair, originally slated to run from May 6th to 10th, has been canceled due to the rapidly worsening COVID-19 pandemic. On Tuesday, officials in New York estimated the state’s number of cases will likely continue to increase for another 45 days (or until May 1st). On Wednesday, with the pandemic’s extended timeline becoming clearer, the organizers of the fair announced the 2020 edition of Frieze New York has been canceled. Its public art component, Frieze Sculpture, will take place at Rockefeller Center at an as-yet undetermined time in the summer. The fair is also currently developing an online viewing room platform.

One of the Frieze New York satellite fairs that collectively make up Frieze Week, Object & Thing, announced on Monday it was postponing its 2020 edition until November. As of this writing, some of the other fairs typically timed to coincide with Frieze New York—including Art New York and TEFAF New York Spring—are still scheduled to take place the first full week of May, though the contemporary African art fair 1-54 announced the cancellation of its 2020 edition on Thursday. Earlier this month, TEFAF closed its flagship fair in Maastricht several days early after an exhibitor tested positive for COVID-19.

Frieze is just the latest and—with a planned slate of 200 participating galleries—one of the biggest art fairs to be forced to cancel or postpone its 2020 edition due to the global COVID-19 pandemic. Art Basel in Hong Kong and its satellite fair Art Central, normally staged in late March, were canceled; Art Dubai drastically reduced the scope of its 2020 fair; Art Brussels and Art Cologne both postponed their next editions, to June and November, respectively; the inaugural edition of Paris Photo New York was postponed indefinitely; and the Dallas Art Fair was moved from its usual time slot in mid-April to early October.

Typically, Frieze Week is followed by New York’s major spring auctions of Impressionist, modern, and contemporary art at Christie’s, Phillips, and Sotheby’s. As of this writing, Christie’s and Sotheby’s sales for the week of May 11th, though the auction houses have rescheduled other upcoming sales; Phillips has postponed all its sales through late May.

The next major fair on the art world calendar that risks disruption from the COVID-19 pandemic is arguably the world’s biggest, both symbolically and in terms of exhibitors and sales—Art Basel in Basel. It is currently on track to take place as usual during the second half of June.

The contemporary African art fair 1-54 announced on Thursday it was canceling its 2020 edition. This article has been updated to reflect that information.