Frieze London will stage a special section devoted to female artists who pushed against the male-dominated 1980s art scene. 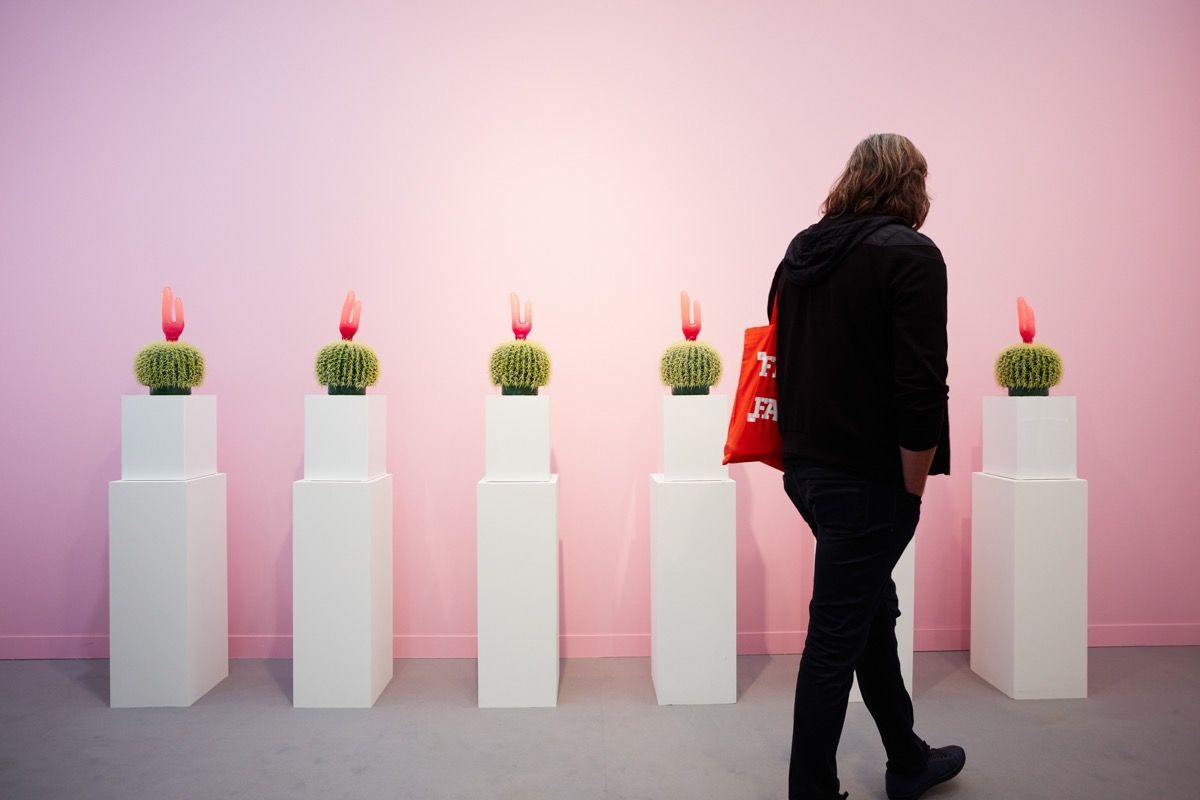 The curated sector called “Social Work” will focus on female artists who came of age in the 1980s but struggled to compete for attention with the mostly male market darlings of the era. The artists in the show will be selected by a deep all-female roster of 11 British curators, critics and historians—including Iwona Blazwick, Katrina Brown, Louisa Buck, Amira Gad, Jennifer Higgie, Melanie Keen, Polly Staple, Sally Tallant, Fatos Üstek, Zoe Whitley and Lydia Yee—and will showcase “both well-known and overlooked female artists, who address questions of identity, labour and visibility in their work,” according to a press release, which also detailed Frieze London and Frieze Masters’ 2018 exhibitors, talks programs, and other curated projects.

The selling exhibition comes on the heels of last year’s “Sex Work: Radical Art & Feminist Politics,” a themed sector curated by Alison Gingeras that featured female artists working since the 1960s. In 2016, Frieze London mounted “The Nineties,” which was curated by Nicolas Trembley and recreated 11 seminal exhibitions from the decade.

Frieze hasn’t yet announced which the artists and galleries who will be included in the show. However Blazwick, who is the director of London’s Whitechapel Gallery, mentioned Jenny Holzer and Cindy Sherman as two notable artists of the era who were “challenging the idea that genius resided solely in masculinity,” in an interview with The Art Newspaper. “At that time, there was no market for female artists, there was no way of surviving. Many women were teaching to support their practice,” she said

Details will be released in the coming months, as Frieze London’s October opening approaches.