Frieze will offer “compensation” to all galleries in its New York fair, according to an internal email that acknowledged “extreme weather conditions.” 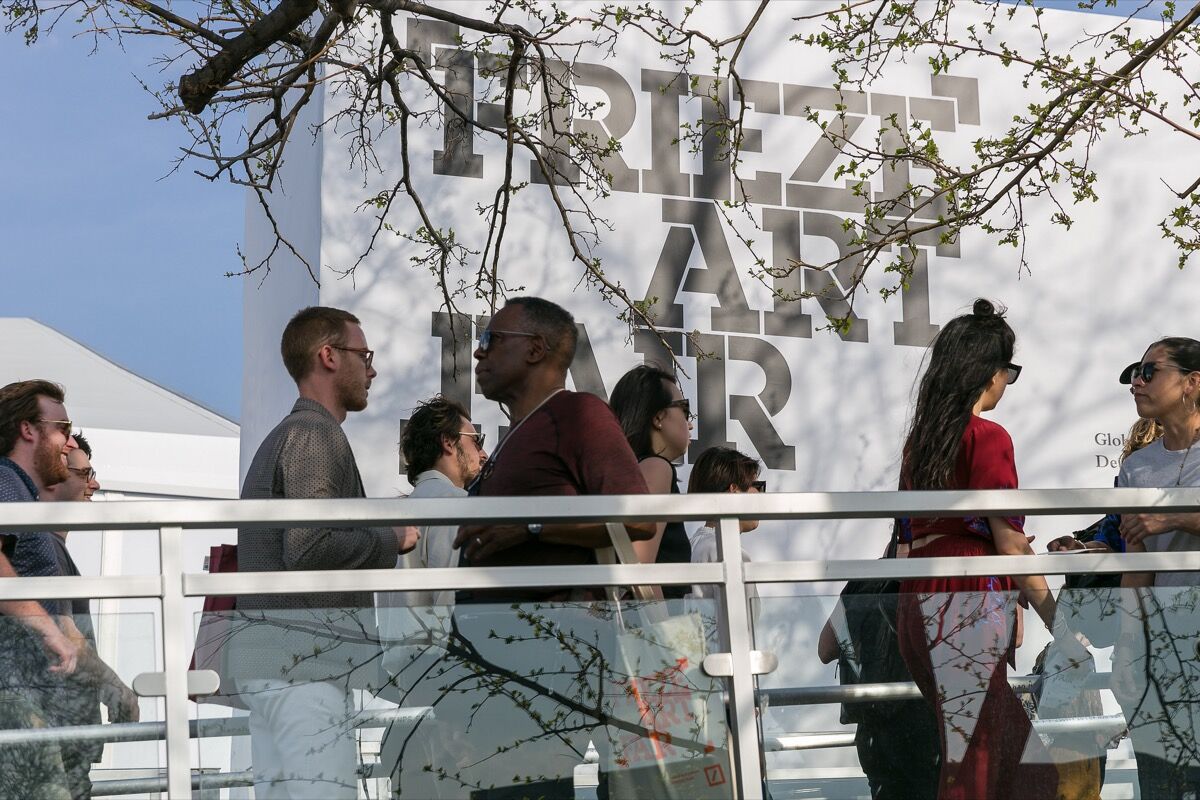 In a series of emails to exhibitors, printed versions of which were obtained by Artsy, Frieze Fairs director Victoria Siddall did not mince words when discussing the effect the heatwave had on the seventh edition of Frieze New York. Siddall sent the email—which is co-signed by Frieze’s artistic director Loring Randolph and deputy director Kristell Chadé—at 8:55 PM Thursday, after the fair’s two VIP days, and offered a vigorous mea culpa but insisted that conditions would improve on Friday and over the weekend. “We are working hard to keep the fair cool until then, and to bring collectors back over the next few days,” she said. As for the future, she promised to “engineer the fair” to deal with any extreme weather conditions in the future.

On Saturday Siddall sent another email, also co-signed by her same colleagues, apologizing that “the conditions of the fair caused such discomfort for you and those visiting the fair Wednesday and Thursday.”

“To acknowledge this,” she went on, “we will be offering some compensation to every participating gallery.”

There was no further elaboration on whether it was a substantial refund, or anything further about the nature of the compensation, apart from a vague note that they will “be in touch shortly after the fair” to keep the galleries in the know. Multiple dealers said that they have not been contacted with any further details. But dealers had been discussing refunds as early as Thursday, as gallery staff struggled to sell work or even stay hydrated as the temperatures rose.

Siddall also signalled that, beyond the compensation, big changes could be in the works for Frieze New York in response to increasingly erratic weather. It is another example of a fair director having a frank discussion about the way that climate change will impact the fair model—a discussion usually associated with Art Basel Miami Beach, which takes place in a city that routinely faces hurricanes and flooding. “We know we need a radical change to take into account the extreme weather conditions we are seeing and to create the best possible setting for the fair,” Siddall said.

In an email to Artsy on Tuesday, Siddall confirmed that the fair is planning to reimburse galleries, but at the moment did not have any further details.

“We are working on the plan for this now and will be in touch with galleries again as soon as it is finalised,” she said.