A gallerist was arrested for refusing to move a 700-pound sculpture installed in front of OxyContin manufacturer Purdue Pharma. 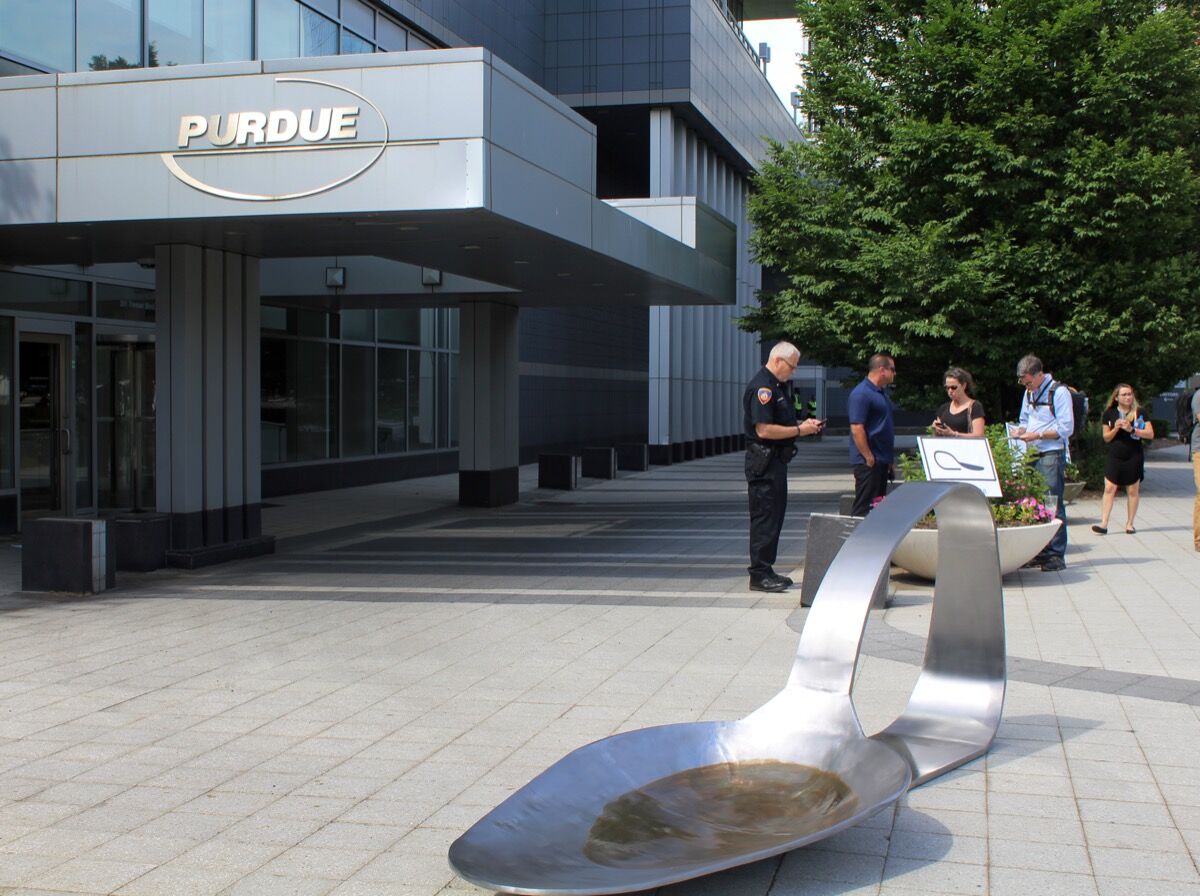 Art dealer Fernando Luis Alvarez installed a gigantic spoon-shaped sculpture by the artist Domenic Esposito in front of the headquarters of Purdue Pharma in Stamford, Connecticut, on Friday morning. Police soon arrived on the scene, told Alvarez that the sculpture needed to be removed, and issued him a ticket for “obstructing free passage.” When he refused to move the 700-pound work himself, he was arrested for “interfering with the police,” handcuffed, and briefly detained before going free. The work was then removed using a front loader.

In an interview with the New York Times, Alvarez said the work is part of a show at his eponymous gallery in Stamford that includes work by Esposito that protests the role OxyContin, a drug produced by Purdue Pharma, has played in the opioid crisis. “I think this is an important matter,” Alvarez told the Times. “People are dying.” The artist said he chose to make the sculpture in the shape of a spoon because of the utensil’s common use in cooking heroin before injection. Many who have been prescribed OxyContin or begin to use it recreationally eventually turn to heroin, including a relative of the artist.

Esposito and Alvarez’s protest follows Nan Goldin’s high-profile protests within museums that have taken money from the Sackler family, members of which own a majority stake in Purdue. A spokesperson for the company said, in a statement, “We share the protesters’ concern about the opioid crisis and respect their right to peacefully express themselves.”