German authorities removed a golden statue of Turkish President Erdoğan from the Wiesbaden Biennale after protests. 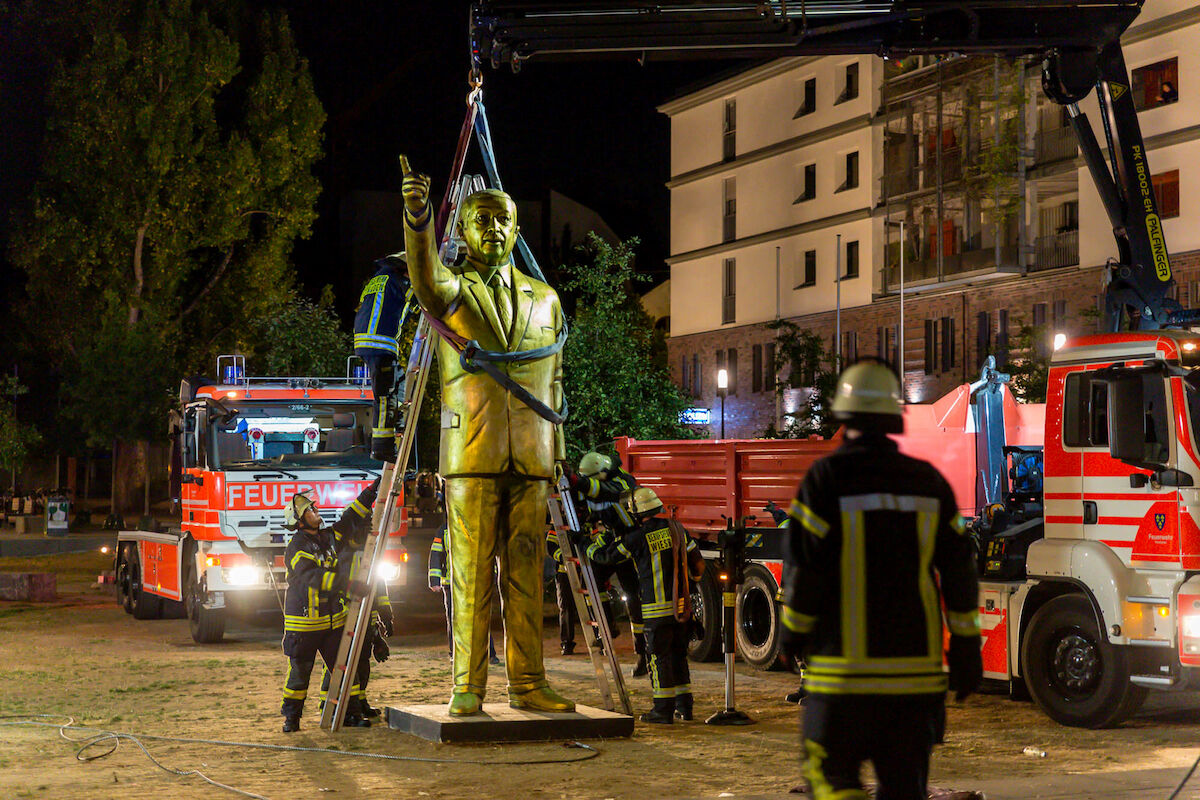 Fireworkers lift a 13-foot-tall golden statue of Turkish President Recep Tayyip Erdoğan to remove it late on August 28, 2018 in the western German town of Wiesbaden. Photo by Sebastian Stenzel/AFP/Getty Images.

Under cover of darkness on Wednesday, German authorities removed a 13-foot-tall golden statue of Turkish President Recep Tayyip Erdoğan that had been installed on Monday as part of the Wiesbaden Biennale. In addition to drawing hundreds of protesters, the statue had been tagged with incendiary graffiti, Reuters reports, including the slogan “Turkish Hitler.” According to the report, the local police “could no longer guarantee people’s safety,” and ordered policemen to take the statue away with a large crane. Its whereabouts since the removal are unknown.

Organizers for the exhibition explained that the theme of the biennale is “Bad News,” and that the triumphant rendering of the leader was intended to start a discussion in Germany, where two-thirds of votes cast by resident Turks this year went to the totalitarian leader, despite widespread opposition to his crackdown—in which the government arrested 50,000 citizens and fired 150,000—following a failed coup in 2016.

“It is certainly appropriate to conceive of Erdoğan as a controversial figure, and one that we are allowed to discuss freely here in this country,” the director of the biennial told Reuters when the statue went up Monday. President Erdoğan is scheduled to make a state visit to Berlin in late September.