A giant KAWS sculpture will float in Hong Kong’s harbor. 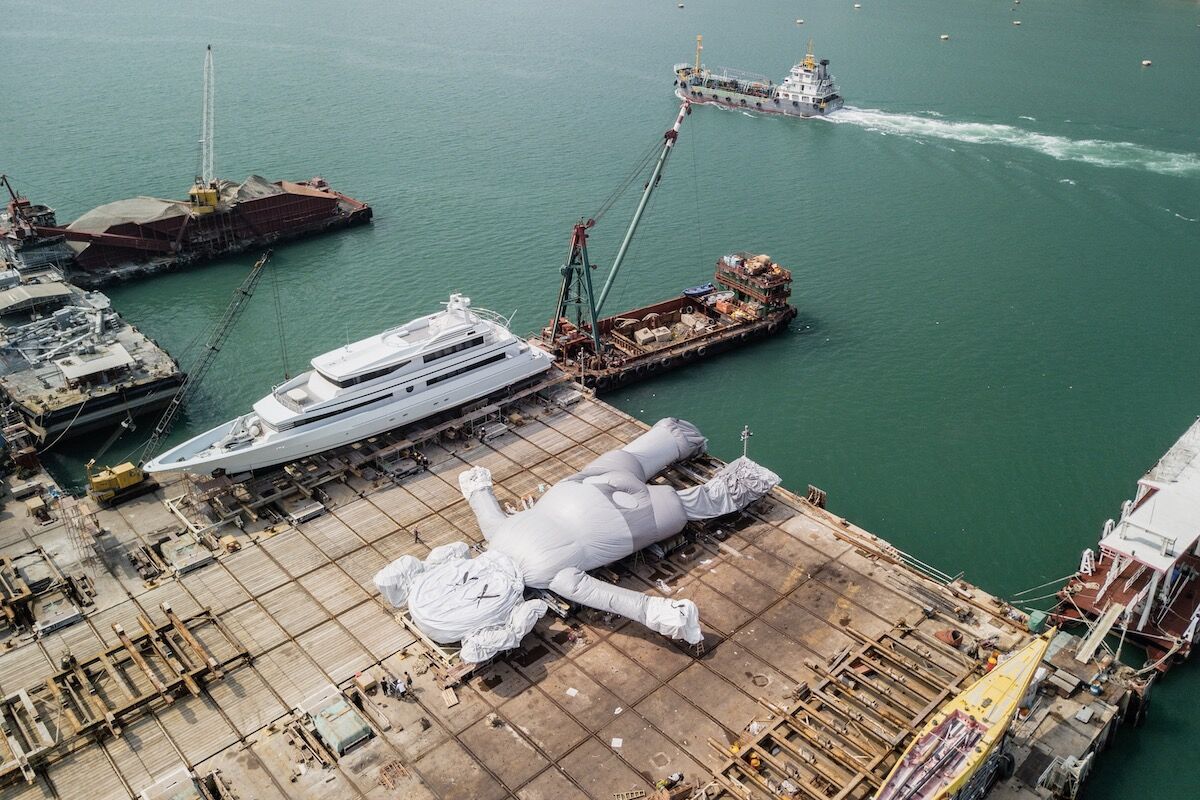 An inflatable KAWS sculpture in a shipyard in Hong Kong, where it will soon be installed in Victoria Harbour. Photo by Anthony Wallace/AFP/Getty Images.

Recent auctions have shown the market for works by the divisive American artist KAWS is exceptionally buoyant, but are the works themselves? We’ll soon find out, as a 121-foot-long version of one of his famous “Companion” figures is set to be installed in Hong Kong’s Victoria Harbour later this month, concurrently with Art Basel in Hong Kong.

The 10-day waterborne installation, set to begin March 22nd, is the latest stop for a touring exhibition of the giant sculpture to different Asian cities, dubbed “KAWS:HOLIDAY,” and organized by AllRightsReserved. The company put together other viral hits in Hong Kong’s main harbor, including Paulo Grangeon’s sleuth of 1,600 papier maché pandas and Florentijn Hofman’s giant rubber duck, which famously deflated in 2013. The KAWS sculpture will be anchored in the harbor by a metal base weighing 40 tons, with the project costing over HK$10 million ($1.3 million), according to the South China Morning Post.

This project is far more challenging than the duck. [...] The harbor is busy and rough, and so we need to make sure “Companion” is safe and won’t drift away with the waves. [...] The reclining art piece will mean a lot to Hong Kong as a world art hub.

The giant inflatable KAWS figure was previously on view in cities including Seoul and Taipei.