A giant spider sculpture at Christie’s could make Louise Bourgeois the most expensive woman artist at auction. 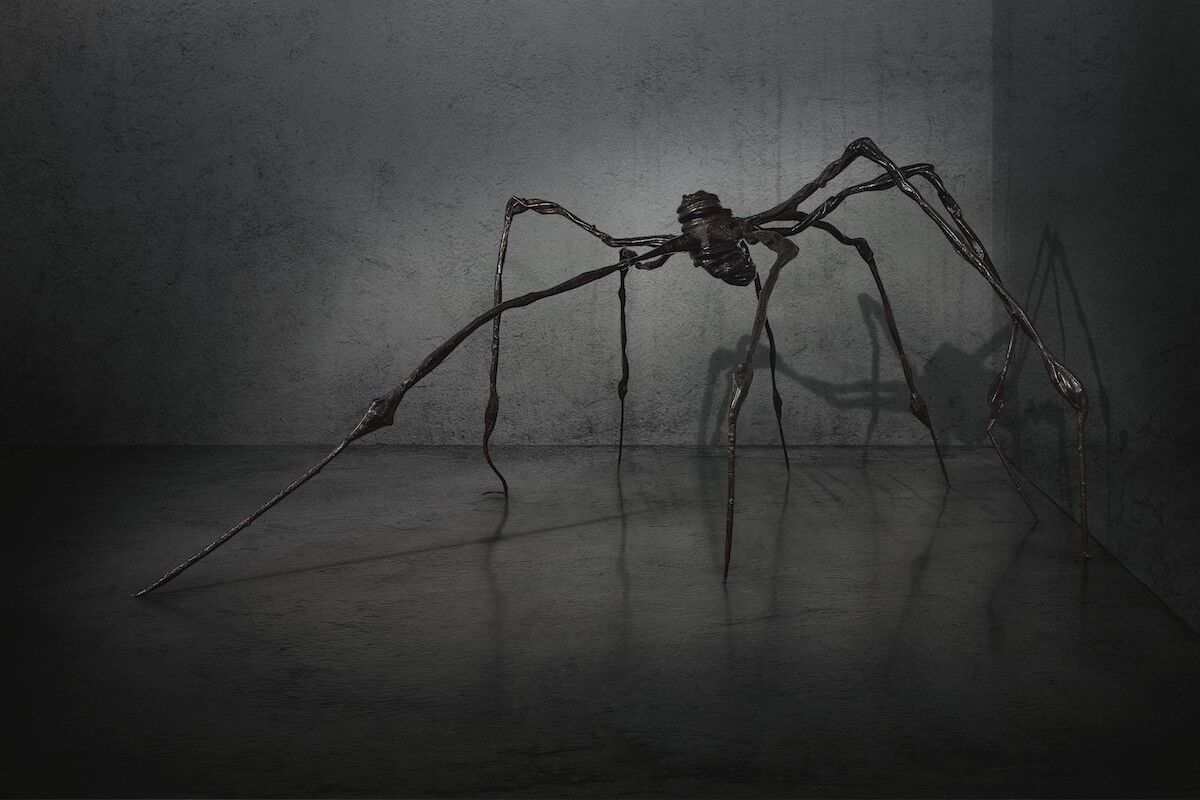 With the bellwether New York auctions just two weeks away, the major houses are sending catalogues to the printers and presenting online what should be, barring any 11th hour added or withdrawn works, the final lot lists for their blockbuster evening sales. The Christie’s Post-War and Contemporary Evening Sale list is now available, and amid $70 million-range trophy lots by Robert Rauschenberg, Andy Warhol, and Jeff Koons, there’s a lot estimated between $25 million and $35 million that, if it manages to exceed its expectations, could make more history that any other lot in the sales.

That lot is Louise Bourgeois’s giant steel sculpture Spider (1997), and the estimate range puts it within spitting distance of the most expensive work by a woman ever sold, a record achieved when Alice Walton’s Crystal Bridges Museum of American Art bought Georgia O’Keeffe’s Jimson Weed/White Flower No 1 (1932) for $44.4 million at Sotheby’s in November 2014.

Now, it should be noted that another edition of Spider (there are six editions plus an artist’s proof, a steel version, and what the catalogue calls a “bronze variant”) was offered at Christie’s at the exact same estimate in November 2015, and market reporters at the time were similarly predicting a historical outcome. The house, too, was resolutely upbeat about the prospect, with then-post-war chairman Brett Gorvy telling ARTnews, “There have been multiple people wanting to spend between $25 and $35 million for a Spider.” (The emphasis was his.) And yet the Spider sold toward its low estimate, for $28.2 million with fees, more than $16 million off from the record-breaking O’Keeffe.

But much has changed in the Bourgeois market in the last few years. The global powerhouse Hauser & Wirth has been putting the full brunt of its influence and power behind the Bourgeois estate, staging shows of her work this year in St. Moritz and Hong Kong, where the show quickly sold out, with prices as high as $4 million. Last year, the gallery helped arrange for the first-ever loan of the artist’s 1999 massive sculpture Maman, with the Tate giving it for some time to the Long Museum in Shanghai—greatly expanding the artist’s name recognition in China. And just today, Hauser & Wirth announced that it will be staging a staggering show of work by Bourgeois and Pablo Picasso in June at its Zurich space during that city’s all-important gallery weekend.

Christie’s post-war and contemporary sale goes down at its Rockefeller Center salesroom on May 15th.