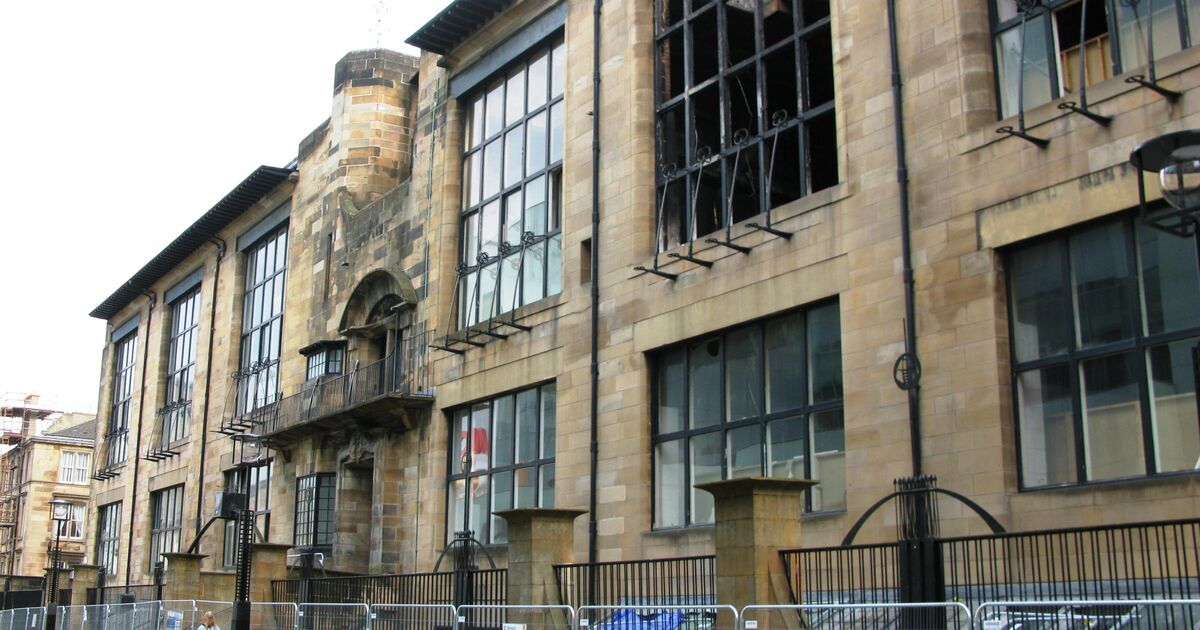 The façade of Charles Rennie Mackintosh's Glasgow School of Art  building following a fire in 2014. Photo by John a s, courtesy of Wikimedia Commons.

Last month, after the Glasgow School of Art’s iconic Mackintosh building was gutted by a second major fire in four years, many feared that large sections of the historic structure would have to be razed. But on Tuesday, Glasgow School of Art director Tom Inns asserted that the school and the city of Glasgow are committed to rebuilding as much of Charles Rennie Mackintosh’s masterwork as possible.

“We’re going to rebuild the Mackintosh building,” Inns told the The Guardian. “There’s been a huge amount of speculation about what should happen with the site and quite rightly so, but from our point of view and that of the city of Glasgow, it is critically important that the building comes back as the Mackintosh building.” The restoration that was underway at the time of last month’s blaze, and was due to be completed next year, cost £35 million ($46.3 million). Inns added that the costs of rebuilding after the latest blaze will be covered by the school’s insurers.

Yesterday, crews began methodically dismantling the most unstable sections of the 110-year-old building’s south and south-east façade by hand with aid of elevated platforms and a crane hoist. As they’re removed, all the masonry elements will be sorted and transferred to off-site storage.

“The primary aim of the initial works is to make the building safe and structurally stable,” Dominic Echlin, of the structural engineering firm David Narro Associates, said in a statement. “It is important to understand that our agreed approach is the safest way to dismantle the dangerous elements of the building and, importantly, ensure there is no damage to nearby properties or risk to those working on site.”

The laborious and delicate work is expected to take several weeks.