Google has virtually recreated the National Museum of Brazil, following a devastating fire. 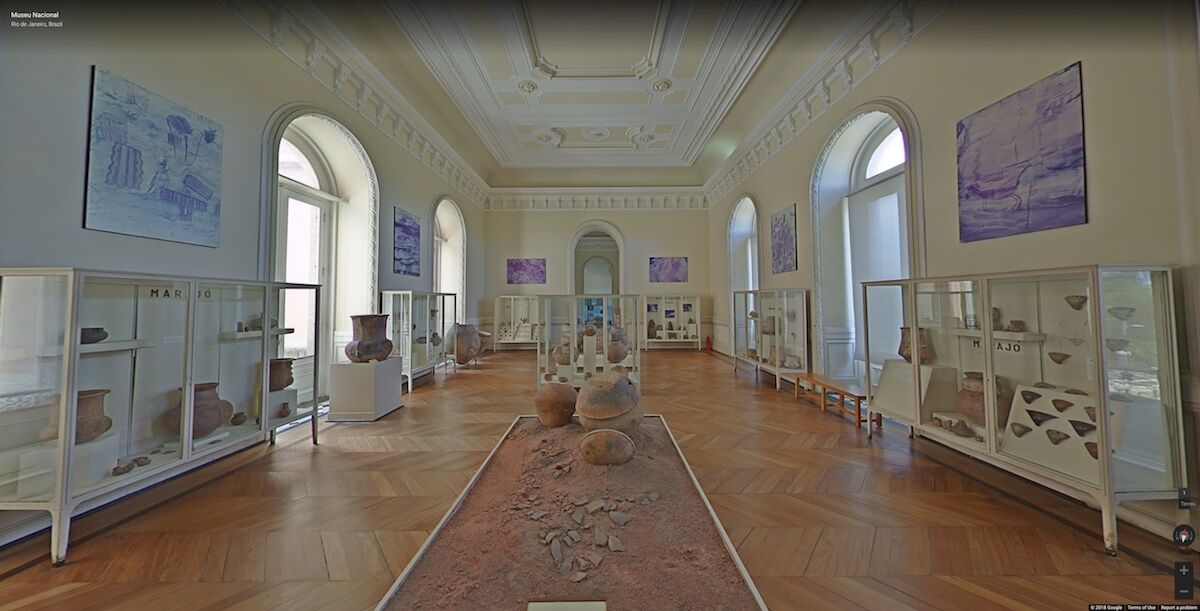 The virtual tour of the National Museum of Brazil on Google. Courtesy Google.

Google has released a virtual recreation of the National Museum of Brazil, which was gutted by a catastrophic fire in September. An estimated 92.5 percent of the 20 million artifacts in the museum’s archive are believed to have been destroyed in the blaze. Thus far, researchers have recovered 1,500 including the museum's prized possession, Luzia.

The virtual tour, powered by Museum View (which uses the same interface as Google Street View) is the result of a cooperation between the tech giant and the Brazilian museum begun in 2016, wrote Program Manager, Chance Coughenour in a blog post.

“Google Arts & Culture had begun working with the museum to bring their collection online—so that anyone, anywhere in the world could see and learn about these ancient artifacts,” he wrote. “Now for the first time ever, you can virtually step inside the museum and learn about its lost collection”

Along with 360-degree tours of some of the museum’s most significant holdings as they were installed before the fire, the virtual version of the National Museum of Brazil also includes online-only exhibitions of artifacts from the collection—many now destroyed—culled from cultures ranging from ancient Egypt to Brazil’s indigenous peoples.

As the museum’s director Alexander Kellner wrote in an open letter, “It is important to stress that the National Museum, despite having lost a significant part of its collection, has not lost its ability to generate knowledge!”