The U.S. government shutdown has forced Smithsonian museums to close. 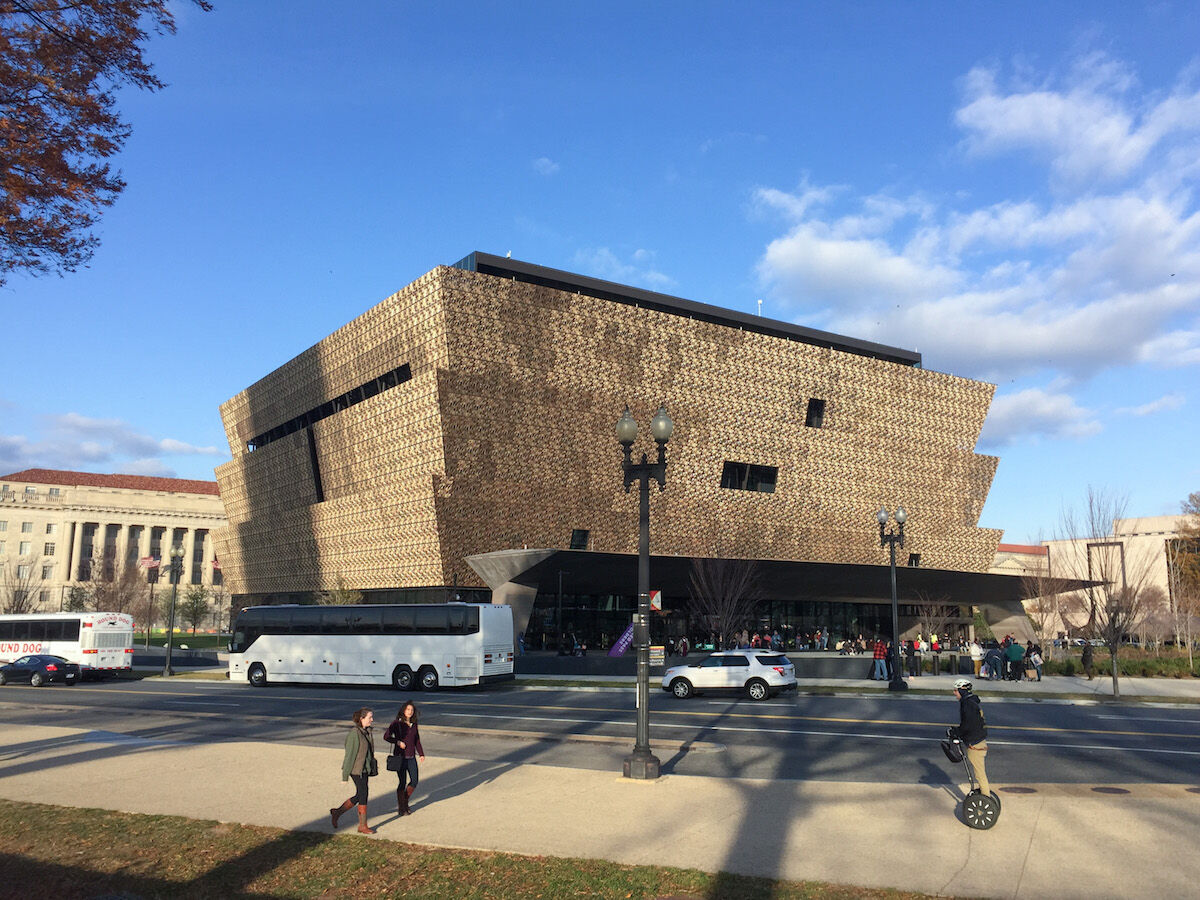 The National Museum of African American History and Culture in Washington, D.C. Photo by Difference engine, via Wikimedia Commons.

The partial government shutdown is now in its 12th day. More than 400,000 federal employees are working without pay, trash is overflowing in our National Parks, and the presidents of labor unions—one of which is suing President Trump—have said that requiring workers to punch in without pay is “nothing short of inhumane.”

There were still faint glimmers of civilization left in a divided, deadlocked Washington: the 19 Smithsonian Institution museums and galleries along the National Mall remained opened to the public for free due to unused “prior-year funds”; and the National Gallery of Art remained open as well. Even without a paycheck, government employees could check out the Apollo 11 command module at the National Air and Space Museum, the contemporary art in the permanent collection of the Hirshhorn Museum and Sculpture Garden, Chuck Berry’s sparkling Cadillac Eldorado at the National Museum of African American History and Culture, or Barack and Michelle Obama’s new portraits at the National Portrait Gallery.

Now the party’s over—the rainy day funds that the museums had been relying on have run out, and the Smithsonian museums and the National Zoo will close Wednesday, with the National Gallery following suit on Thursday. The Washington Post has a story updating locals and visitors as to what is and isn’t open as lawmakers fight over the budget for the border wall:

It’s not always clear how a shutdown impacts their individual operations. The National Archives closed when the shutdown began on Dec. 22, for instance. But the Library of Congress and the U.S. Botanic Garden—and the Capitol Visitor Center and Capitol Building, ironically—are operating as normal, since they were funded by the 2019 Legislative Branch Appropriations Bill. The Kennedy Center and Ford’s Theatre operate in a gray area: Neither uses federal funds for performances, so those will go on as scheduled, but the Kennedy Center’s hours are slashed, because the government pays for essential services, such as cleaning and security, and the National Park Service-run museum at Ford’s Theatre is closed.

The Post story mentions that while furloughed employees can’t go to the Smithsonian—though some other institutions are offering them free admission—they won’t go hungry. Chef José Andrés, a Washington hero (and Trump scourge) who was nominated for the Nobel Peace Prize for his efforts to feed hurricane victims in Puerto Rico, is offering free sandwiches to out-of-work government employees at his redoubtable downtown restaurants, which include Jaleo, Zaytinya, and Oyamel.