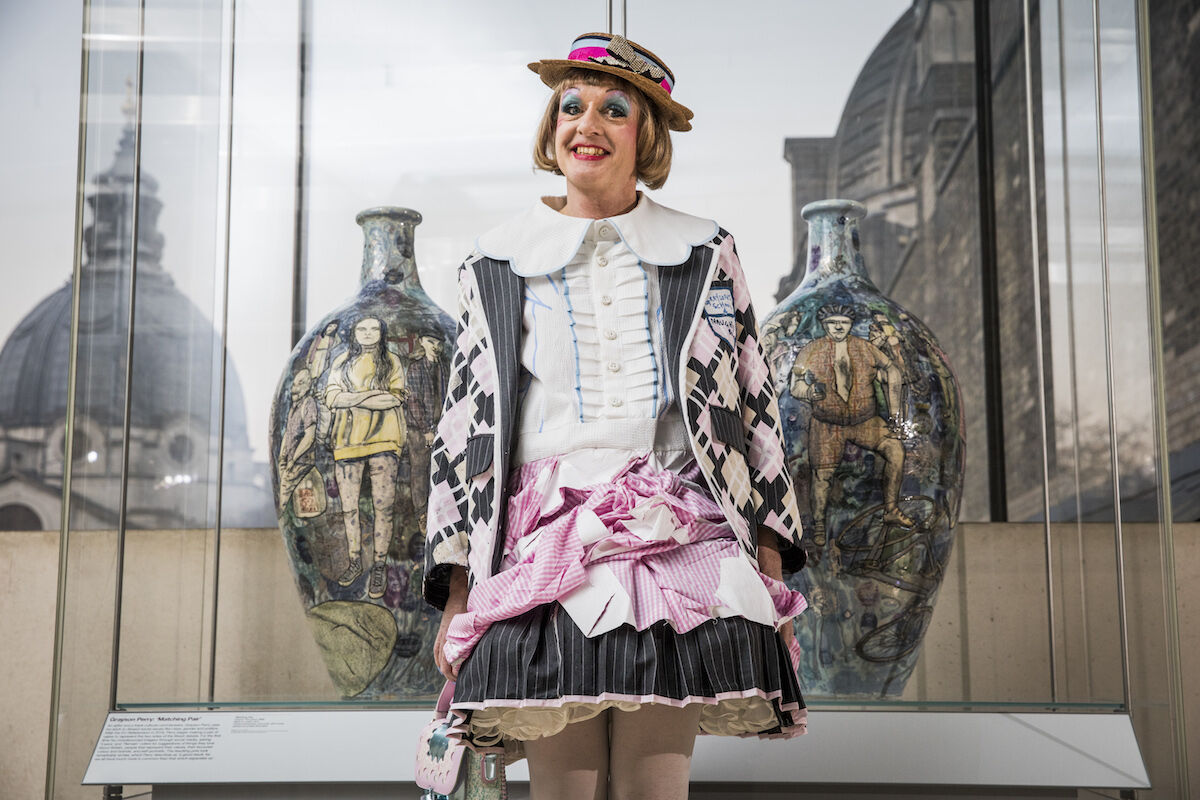 Grayson Perry next to his Matching Pair (2017) ceramic vases. Photo © Tristan Fewings/Getty Images for the V&A.

The Victoria and Albert Museum (V&A) unveiled two “Brexit” vases by British artist Grayson Perry on Friday, coinciding with the day Britain was supposed to exit from the European Union. Standing about a meter tall, each vase, titled as a unit, Matching Pair (2017), depicts one of the two sides—leave or remain—in the heated debate over Brexit.

Perry brought Britain’s heated contemporary politics and the cesspool of social media to a medium more closely associated with delicate, fine craft, crowdsourcing images, ideas, and phrases from social media to create the imagery depicted on the vessels. Even over the web, Perry got up close and personal with the British public. He received portraits and snapshots of things people love about Britain. People shared their favorite brands, colors, and the celebrities with whom they identified.

In the end I wanted the vases to look attractive. [...] It was a struggle. God bless them. It is hard to make shaky camera shots of pubs and fried breakfasts into something beautiful. 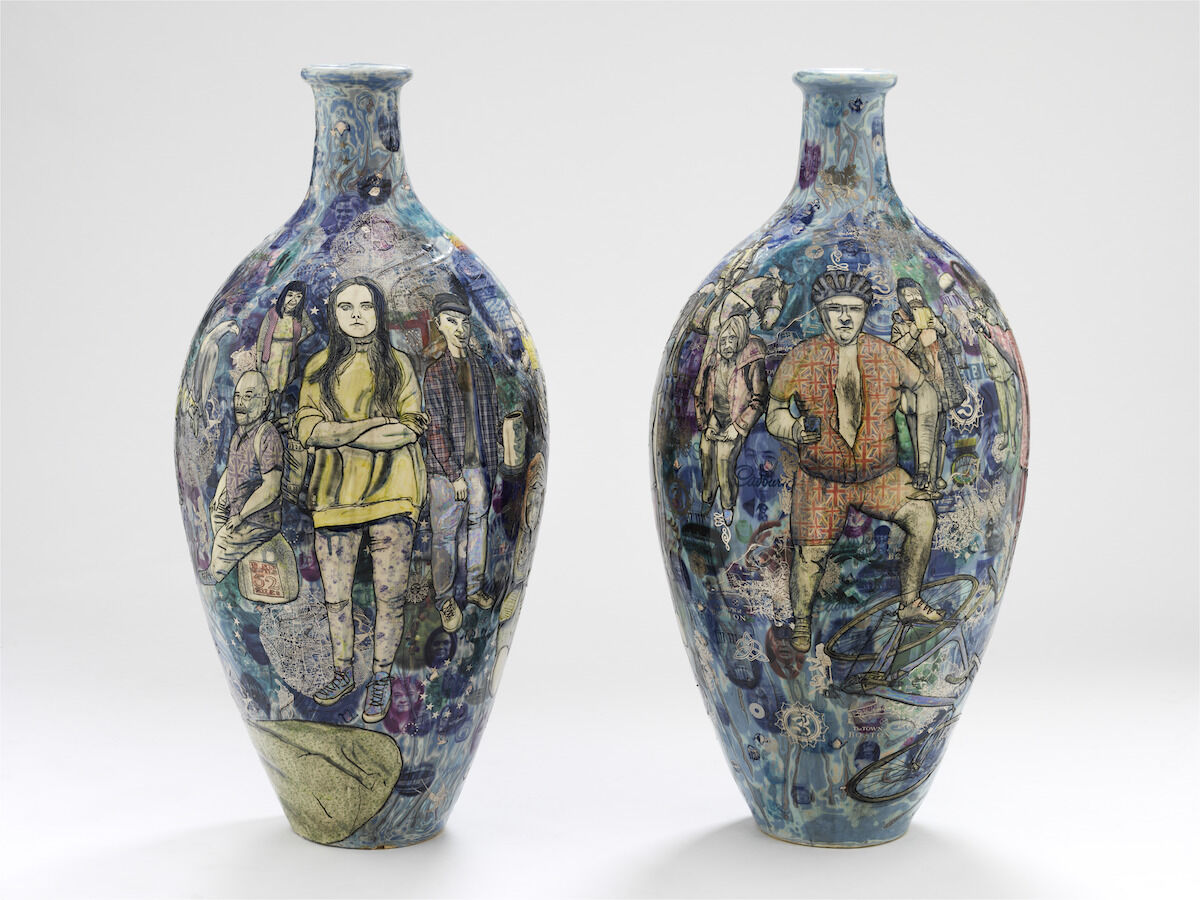 The “leave” vase features nostalgic historical icons like Winston Churchill and Francis Drake as well as the Queen herself and the logo for Cadbury’s chocolate; it also includes Brexit leader Nigel Farage. The “remain” vase encapsulates a different kind of nostalgia, with depictions of Barack Obama, Gandhi, and Shakespeare. The “remain” vase also features Jo Cox, a Labour MP who was murdered in the run-up to the referendum.

There were a few particular passions that united the two sides: Marmite, David Bowie, the color blue, and tea. Ultimately, despite the different ideologies they represent, the vases don’t look too different, and for Perry that is cause for optimism. “It shows that we all have much more in common than that which separates us,” he told The Guardian.