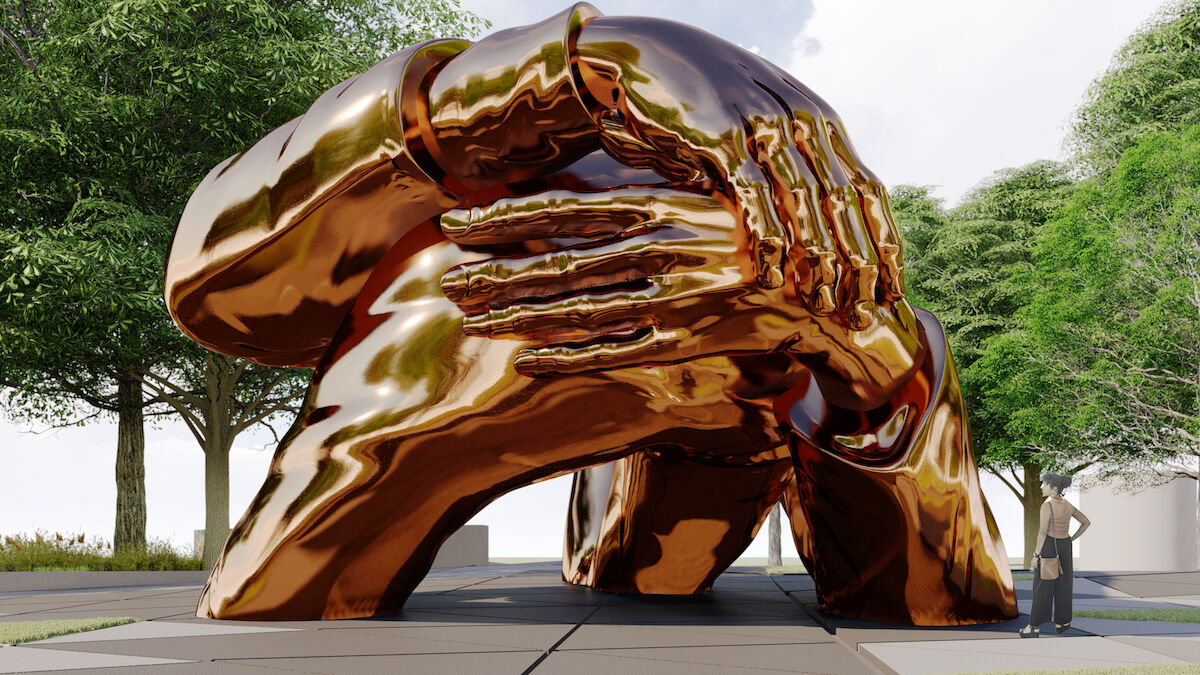 A new monument to Martin Luther King, Jr. and Coretta Scott King, designed by artist Hank Willis Thomas and MASS Design Group, will soon rise over Boston Commons, its gleaming, bronze forms depicting arms entwined in an embrace and reflecting the surrounding greenery. Thomas and MASS Design Group’s proposal was announced as the winner of a design competition for the memorial on Monday, beating out an impressive field of finalists that included the artists Yinka Shonibare, Barbara Chase-Riboud, Adam Pendleton, and Krzysztof Wodiczko. The centerpiece of the winning design, the 22-foot-tall sculpture of reflective arms, is titled The Embrace and is intended to depict the interlocking arms of the Kings.

Paul English, a cofounder of travel website Kayak.com the co-chairman of the nonprofit behind the memorial project, King Boston, told the Boston Globe:

The committee was really moved by it. They thought it was iconic. People would come to see it and take pictures and share it. You could imagine people hugging each other next to it. [...] I think it’s going to become one of the most iconic pieces of public art in the city. Everybody’s going to be drawn to it, and they’ll say, ‘Why is this here? Why does Boston have a memorial to the Kings?’ 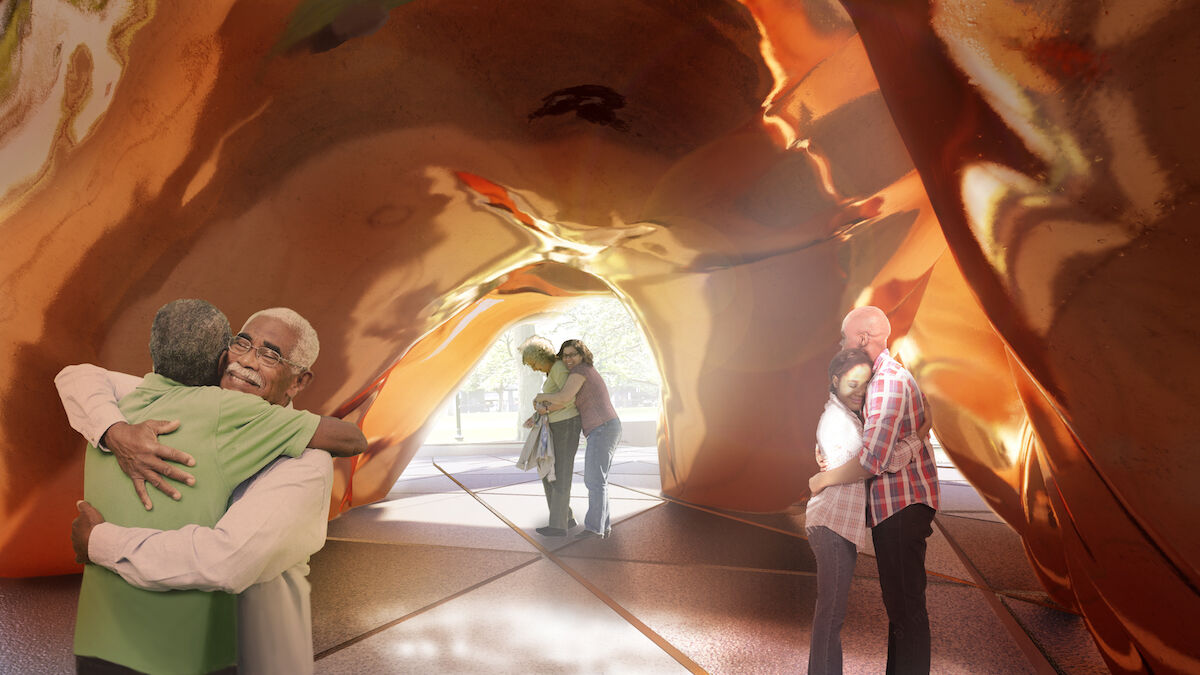 The answers to those hypothetical questions are manifold. Coretta Scott met her future husband at the Twelfth Baptist Church in Boston’s Roxbury neighborhood, where Martin Luther King Jr. preached. King Jr. earned a doctorate from the School of Theology at Boston University in 1955, and during that time Scott King studied at the New England Conservatory of Music, earning a bachelor’s degree.

According to English, King Boston has already raised $6 million toward a goal of $12 million to fund not only the commission of the memorial—which could be completed within the next 18 months—but also the creation of endowments supporting the Twelfth Baptist Church and an economic justice center in Roxbury.