The Haus der Kunst in Munich is under fire for canceling shows by American women and its close ties to German art dealers. 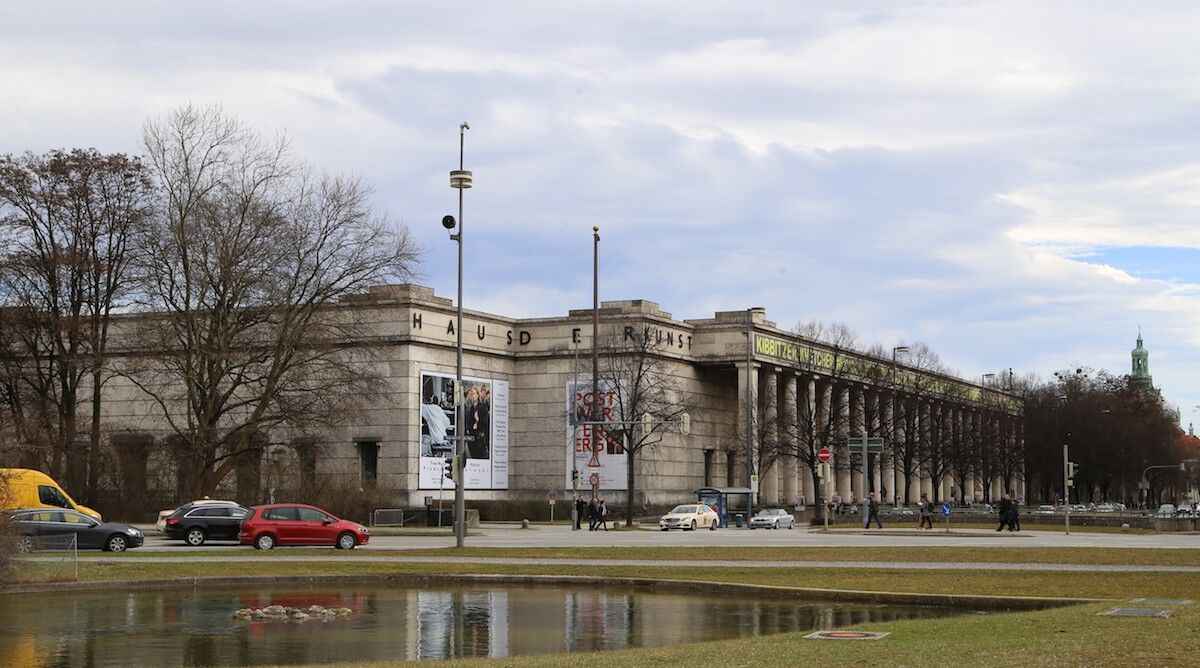 The Haus der Kunst museum in Munich. Photo by Rufus46, via Wikimedia Commons.

At the end of 2018, the Haus der Kunst in Munich, one of the best known and most powerful of the string of non-collecting institutions in Germany devoted to contemporary art, announced that it would be cancelling a forthcoming show by American conceptual artist Adrian Piper, claiming that it was undergoing “a difficult financial situation stemming from management errors of the past.” The news comes months after the museum chose to cancel an exhibition of work by Joan Jonas, another legendary American artist, also due to lack of funds.

Meanwhile, the museum has stacked its programming mostly with shows by German male artists, and a writer for Munich-based publication Süddeutsche Zeitung has uncovered some curious irregularities with the exhibition planning, according to a report in Artforum. The Piper exhibition (a traveling retrospective coming from the Museum of Modern Art) was replaced by a show of work by Markus Lüpertz, a German male artist represented by the powerhouse gallery Michael Werner; Werner also happens to be the lender of most of the works in the museum’s current Jörg Immendorff show. Meanwhile, the funds for the Lüpertz show come from Walter Smerling, an art consultant who organized an Anselm Kiefer show at the Kunsthalle Bonn with work almost entirely from the collection of a single client—leading to the dismissing of the Kunsthalle Bonn’s director. The move is hardly a coincidence: The managing director who engineered the Kiefer show, Bernhard Spies, is now the commercial director of the Haus der Kunst.

The behavior at the museum is in line with the withering critique levied by former director Okwui Enwezor, who, upon leaving in June 2018 due to health reasons, said that “intellectual direction” of the Haus der Kunst has been replaced by “illiberal and non-transparent decisions.”

In a statement given to a German publication and reposted by Artforum, Piper said:

I would never have thought that an institution of the rank of the Haus der Kunst would have no scruples about making such an arbitrary decision affecting the public. Mr. Spies’ behaviour towards Okwui, then towards the exhibition of Joan and mine seems to me to be due to a total lack of awareness of the unprofessional impression this leaves on colleagues in the art world. I don’t see how all this can be good for the HdK’s long-term reputation.