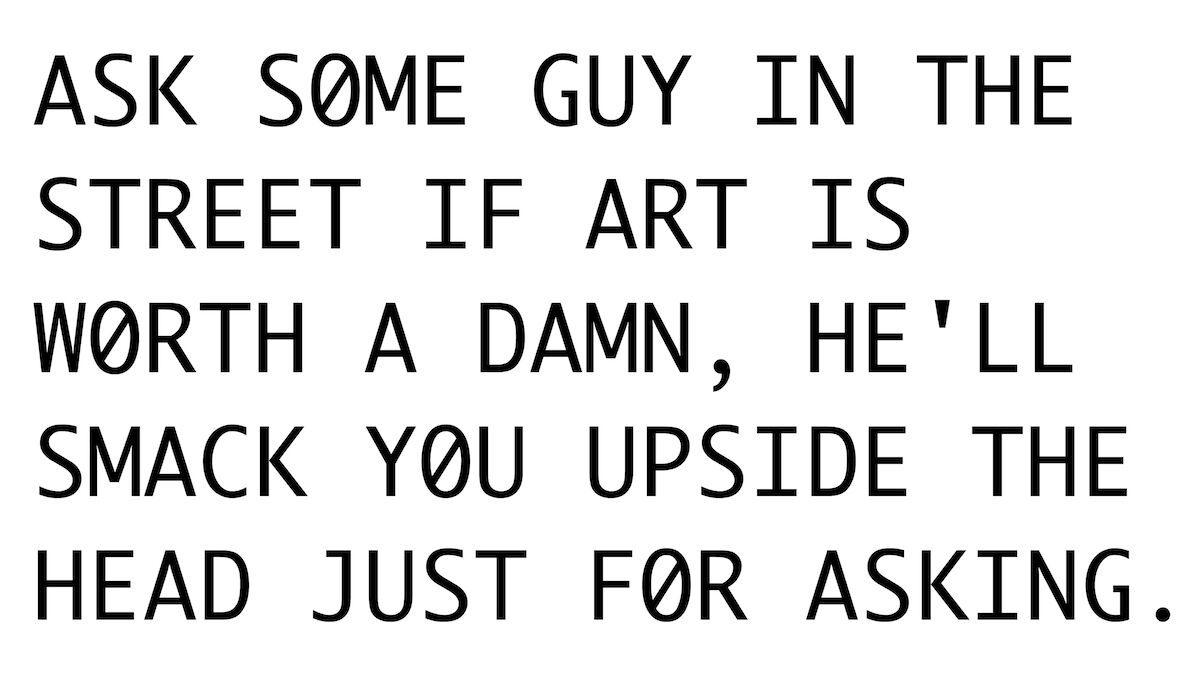 The centerpiece of Hong Kong’s West Kowloon Cultural District may have hit some delays and difficulties in its construction, but the M+ museum isn’t letting that slow down its acquisitions. On Monday, the museum announced it had acquired the entire archive of pioneering internet art collective Young-Hae Chang Heavy Industries, which consists of the artists Young-hae Chang and Marc Voge, as well as rights to all future works produced by the duo. The more than 500 existing works acquired include gallery installations, lecture performances, drafts, and more, as well as the irreverent text-based digital animations for which the duo is best known, and which are collected on their website. As part of the duo’s deal with M+, the institution's archive of their work will be updated twice a year.

“We are extremely proud to be investing in the life’s work of Young-Hae Chang Heavy Industries, the trailblazer of internet art,” M+’s deputy director and chief curator, Doryun Chong, said in a statement, adding that “our commitment to their work is practiced through ongoing collaboration with the artists and caretaking of the archive that continues to grow.”

Since forming in 1999, Young-Hae Chang Heavy Industries has made a name for itself with deceptively simple animations that combine elements of cinema, animation, and micro-fiction, with texts (sometimes set to music) that form more or less coherent narratives. Some are translated into multiple languages, depending on their subject and exhibition venues. In a statement of its own, the Seoul-based duo simply added: “We’re lucky dogs.”