The U.S. House of Representatives passed a bill to create a Smithsonian museum for women’s history. 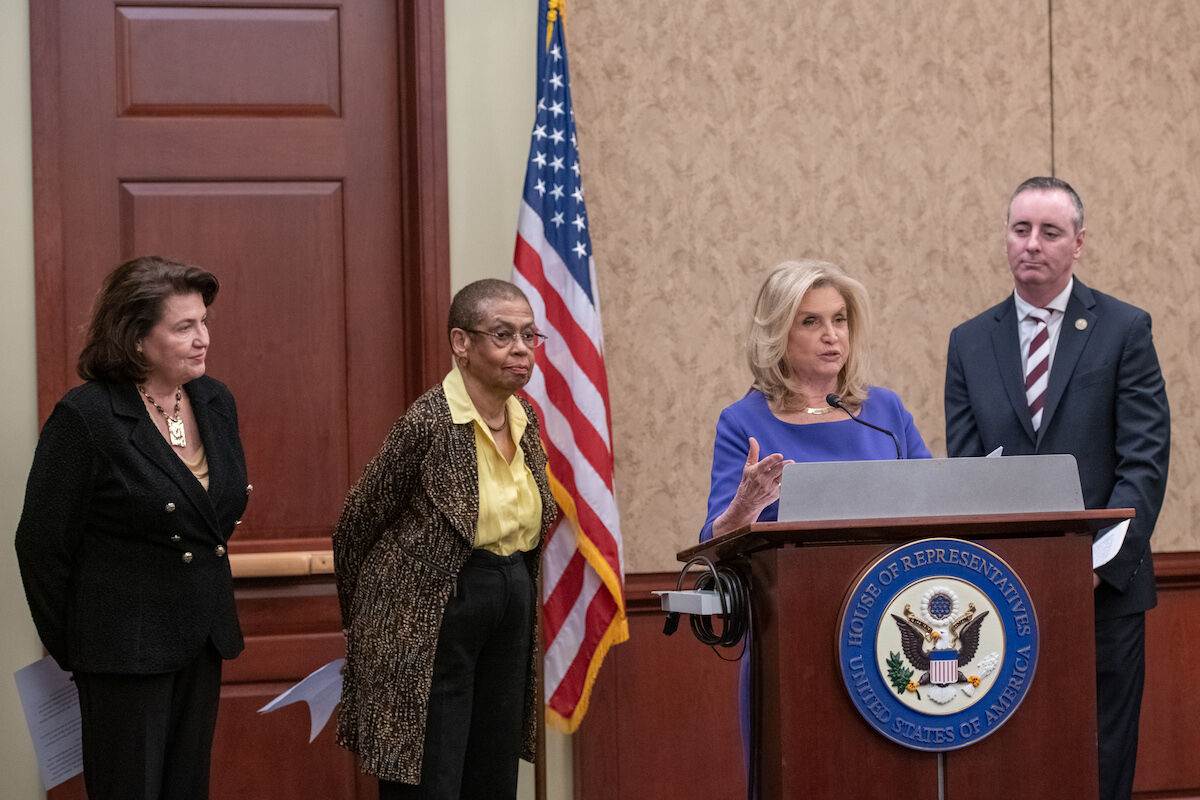 Congresswoman Carolyn B. Maloney (D-NY) speaks at a press conference regarding the expected passage of H.R. 1980, the Smithsonian Women’s History Museum Act. Photo by Phi Ngyuen.

The U.S. House of Representatives voted on Tuesday in favor of a bill to establish a new Smithsonian museum devoted to women’s history. The bipartisan legislation, introduced by Representative Carolyn B. Maloney, a Democrat from New York, passed with a vote of 347 to 37. It was introduced last March, in honor of Women’s History Month, along with a companion bill sponsored by Senator Susan Collins of Maine and Dianne Feinstein of California, which is still awaiting a vote in the Senate. If the proposed museum is realized, it would be the 20th museum in the Smithsonian Institution, following its most recent expansion, 2016’s opening of the National Museum of African American History and Culture (NMAAHC).

Congresswoman Maloney explained the importance of the bill in a statement:

This museum is so important because if we fail to recognize women, we cannot empower them. But women’s stories have been largely excluded from history textbooks. Out of 2,500 national historic landmarks across the country - only 5 percent are dedicated to women’s accomplishments. Seeing role models doing things we all aspire to can change the course of someone’s life.

The crusade for a women’s history museum has been a longtime passion project for Maloney. She first introduced the legislation in 1998, and then again in 2017, both times to no avail. With the bill’s passage on Tuesday, Maloney’s vision for a women’s museum is one step closer to realization. But, as artnet News noted, the process is far from finished—the NMAAHC project took another 13 years to open after the bill authorizing its creation passed.

Construction and funding plans for the women’s history museum reflect a similar timeline. The costs for what is expected to be a 350,000-square-foot facility, according to an estimate from the Congressional Budget Office, will total $242 million over the next decade, with additional staffing and exhibition needs raising the total cost to $375 million.

The fight for more diverse Smithsonian museums is ongoing as well. The Friends of the American Latino Museum has issued a press release asking for a vote on similar legislation to establish a museum of Latin American history, and a bill for opening a National Museum of Asian Paific American History and Culture was introduced by Congresswoman Grace Meng in July.