An iconic David Hockney painting for sale at Christie’s could make him the most expensive living artist. 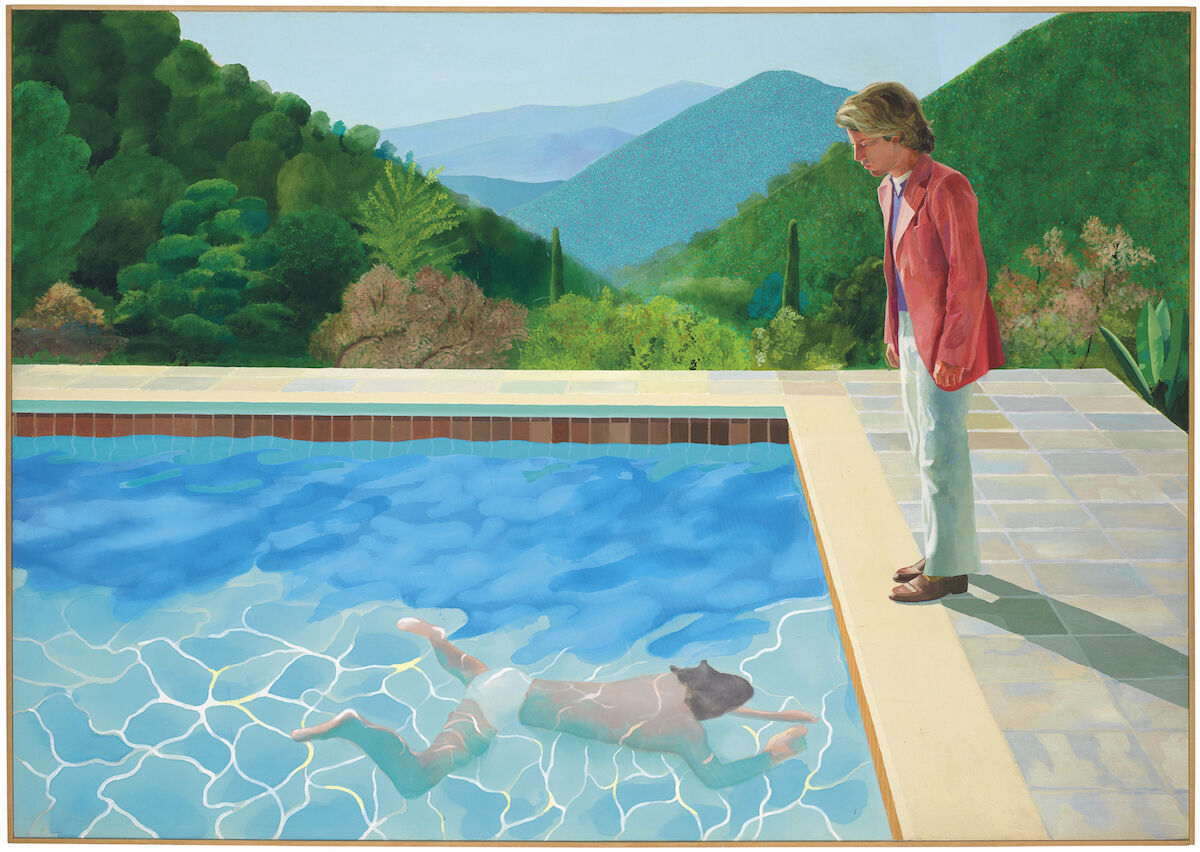 It seems the art world is ready to bestow upon someone new the title of “most expensive living artist.” David Hockney is renowned for his double portraits featuring two figures, and for his instantly recognizable landscapes featuring blue pools with verdant California hills rolling out behind them. When a traveling retrospective of the artist’s work drew crowds to the Tate Modern, the Centre Pompidou, and the Metropolitan Museum of Art, one iconic painting fused those two motifs indelibly—Portrait of an Artist (Pool with Two Figures) (1972), in which the blond figure of Peter Schlesinger, the artist’s former lover, stands in white linen pants and a hot pink suit jacket at the side of the pool staring at an oblivious swimming man submerged in the water.

Now, months after the retrospective closed, the painting’s reported owner—British businessman Joe Lewis, who is currently based in the Bahamas—has decided to sell it, and Christie’s announced today in a press release that it expects it to fetch a price in the region of $80 million. If bidding goes that high, it will easily eclipse the mark of the most expensive work by a living artist, set when Jeff Koons’s Balloon Dog (Orange) (1994–2000) sold for $58 million in 2013.

“David Hockney’s brilliance as an artist is on full display with this monumental canvas, which encapsulates the essence of the idealized poolside landscape, and the tremendous complexity that exists within human relationships,” Alex Rotter, co-chairman of the postwar and contemporary department, said in a statement. “With this painting, Hockney cemented his placement within the realm of history’s most venerated artists, and come November, it is poised to become the most valuable work of art by a living artist ever sold at auction.”

The historical moment is set to go down at Christie’s New York salesroom during its postwar and contemporary evening sale this November.