Images were removed from Andrea Bowers’s Art Basel installation about the #MeToo movement. 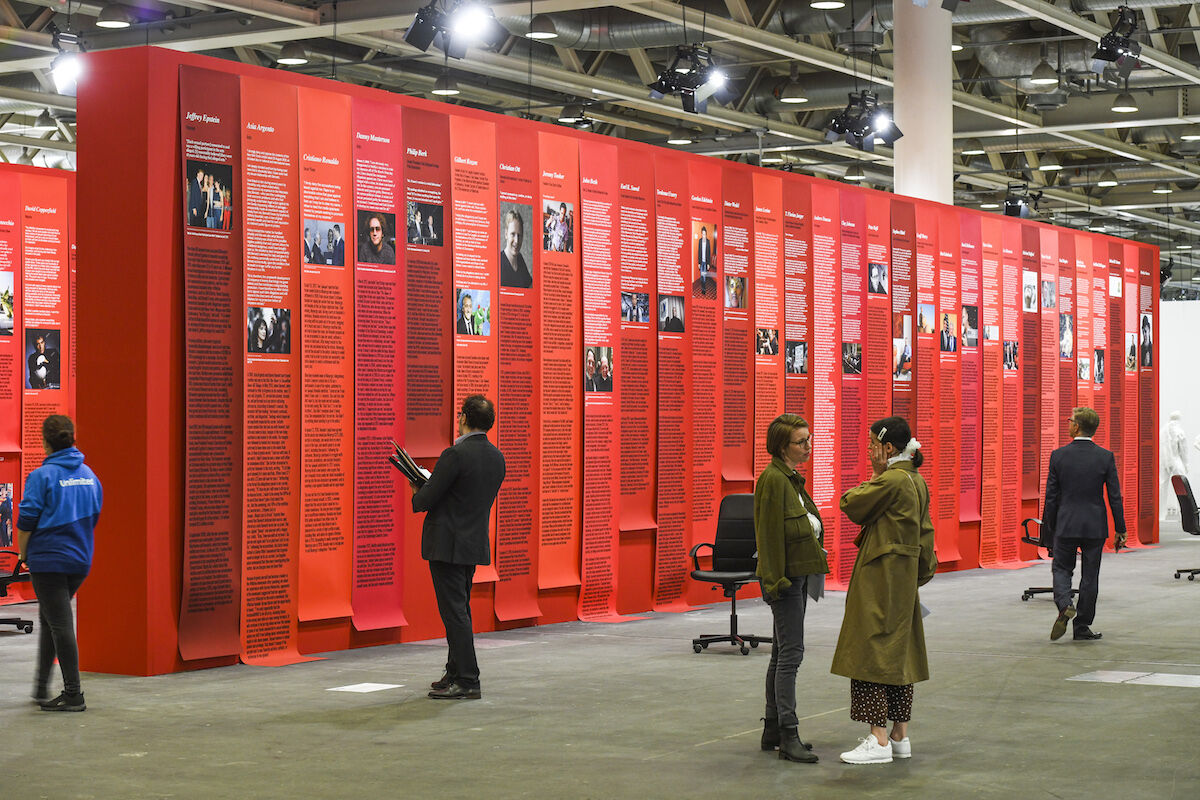 Part of a large-scale installation by artist Andrea Bowers was removed from Art Basel in Basel following objections from a journalist whose photos documenting her abuse were included without her permission.

The artwork, Open Secret (2018), chronicles the sexual misconduct allegations made against 200 men as part of the #MeToo movement. It’s included in the fair’s Unlimited sector for large-scale art, where it is reportedly on sale for $300,000. In a panel devoted to the outing of journalist Michael Hafford over accusations of assault, sexual abuse, and rape, Bowers had included photos posted on Twitter by journalist Helen Donahue, which documented severe bruising allegedly caused by Hafford. On Tuesday, Donahue took to Twitter to object to the installation’s use of her photos, which she says she did not consent to.

Donahue confirmed to Artsy she was not approached about the inclusion of her images in Bowers’s installation. She said the artist had reached out to her on Tuesday, told her the images would be removed from the installation, and “asked what she can do to make it right.”

In a statement provided by Bowers’s gallery in New York, Andrew Kreps Gallery, she said:

I, Andrea Bowers would like to apologize to the survivor whose image was included in my piece. I should have asked for her consent. She has asked that the panel including her photo be removed and I have honored the request. I have reached out privately and am very much looking forward to listening.

In a joint statement, the four galleries presenting the work at Art Basel—Kaufmann Repetto, Andrew Kreps Gallery, Susanne Vielmetter Los Angeles Projects, and Capitain Petzel—said they “would also like to issue an apology to the survivor pictured in the piece. The galleries stand by Andrea Bowers and her work and support the conversation that has only just begun.”