The tallest statue in the world was unveiled in India.

Early this morning, India set a world record and celebrated its heritage by unveiling a 597-foot-tall, bronze-clad statue of Sardar Vallabhbhai Patel, who was the country’s first Deputy Prime Minister and is considered by some to be the greatest unifier of India.

“On the banks of the Narmada stands the majestic statue of a great man, who devoted his entire life towards nation building,” Narendra Modi, the Prime Minister of India, tweeted. In a ceremony, Modi dedicated the Statue of Unity, which was conceived by sculptor Ram V. Sutar and is almost twice as tall as the U.S.’s Statue of Liberty (1884), and called it a “symbol of India’s integrity.”

The former title-holder of tallest statue belonged to the Spring Temple Buddha (2008) in Lushan, China, which measures 420 feet.

Craftsmen worked every day for nearly three and a half years to see the monumental vision of Patel through to completion, according to Modi, with the statue itself taking some 33 months to build. While the statue’s height is meant to remind the nation’s youth that India’s future is in their hands, some see its grandiloquent pomp as a distraction from its hefty $430 million price tag. It was also criticized by local tribal leaders due to the destruction of natural resources caused by the memorial’s construction. 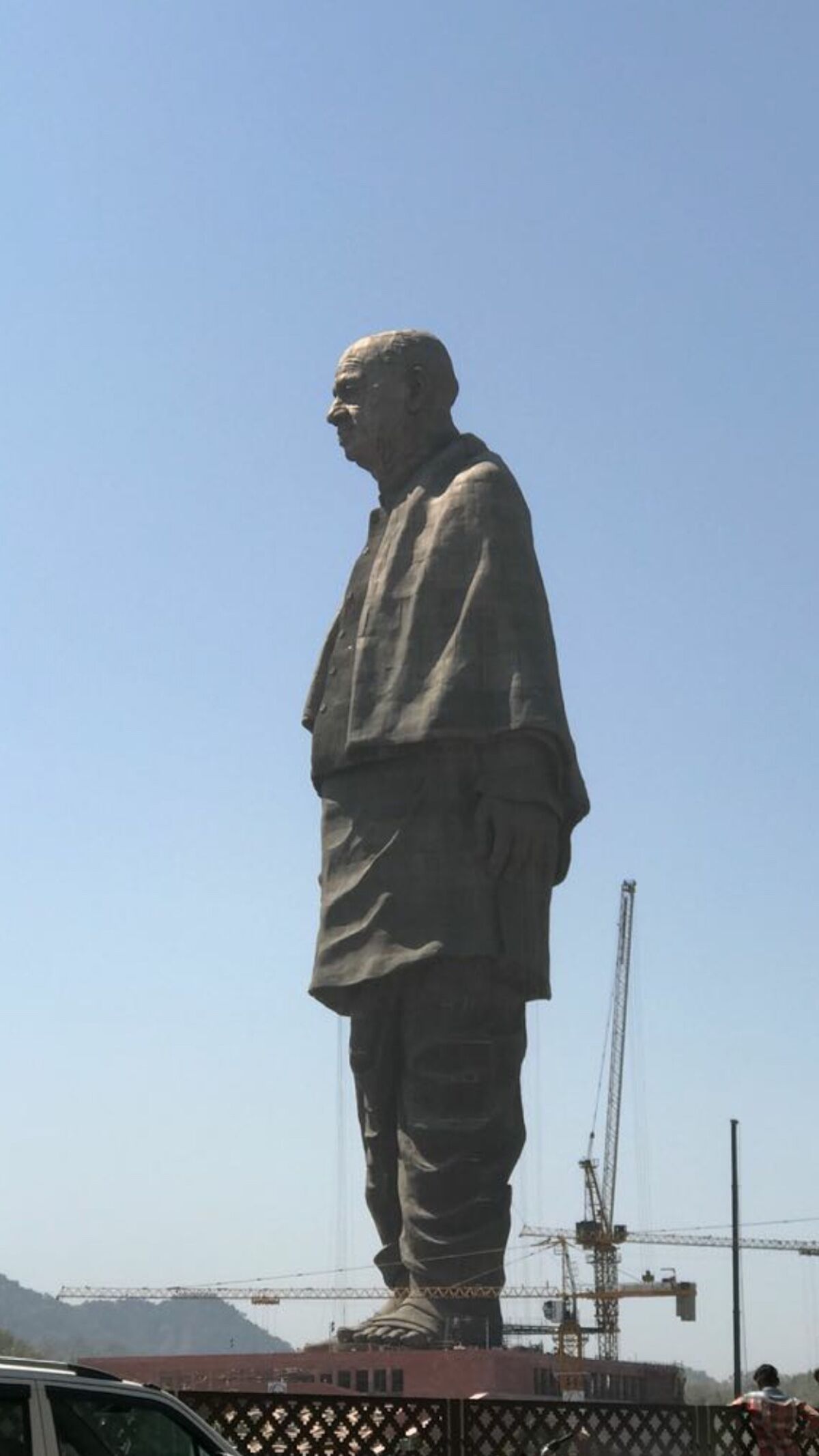