The “Indiana Jones of the art world” recovered a looted 1,600-year-old mosaic. 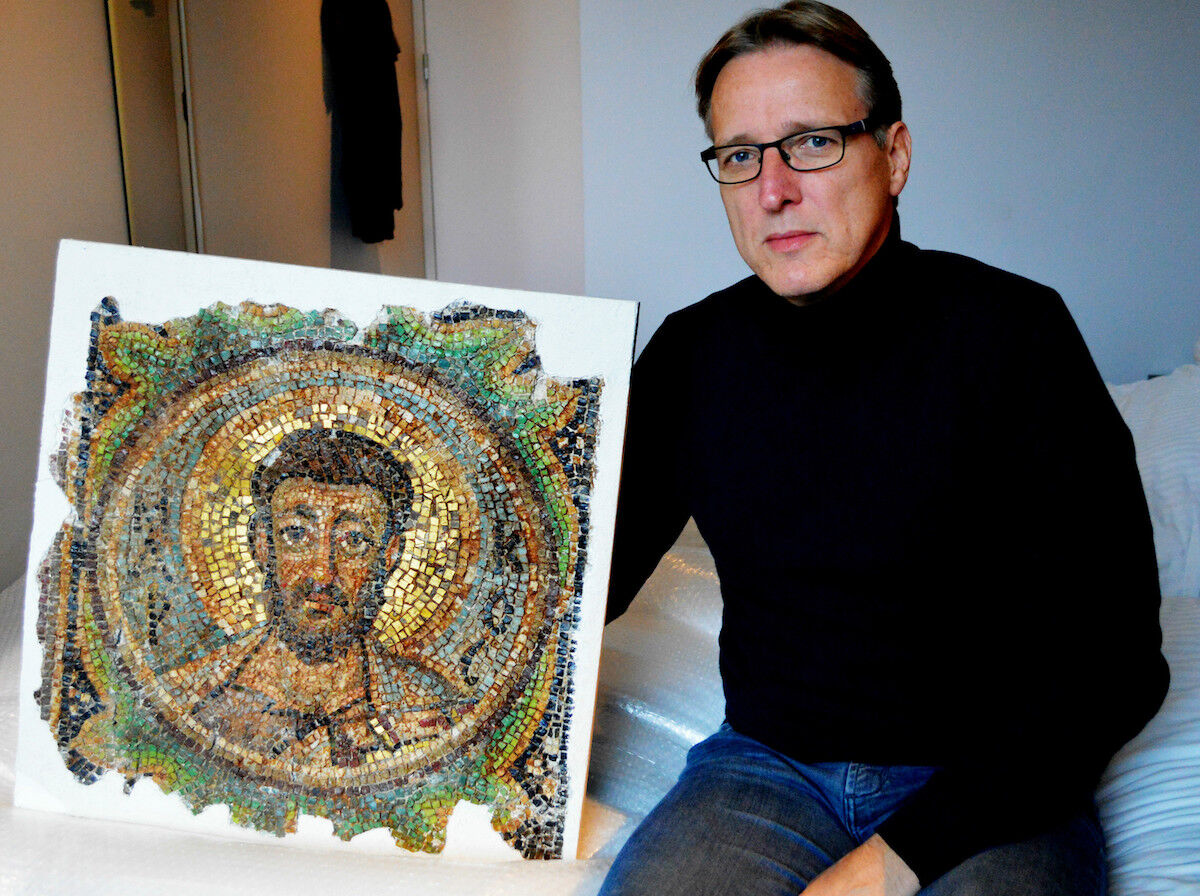 Dutch art detective Arthur Brand poses with the missing mosaic of Saint Mark, a rare piece of stolen Byzantine art from Cyprus, in a hotel room in The Hague. Photo by Jan Hennop/AFP/Getty Images.

Arthur Brand, a Dutch detective known to some as “the Indiana Jones of the art world,” has recovered a Byzantine mosaic missing since the 1970s and returned it to Cypriot officials.

After chasing the more than 1,600-year-old artifact across Europe for nearly two years, Brand tracked it to an apartment in Monaco and returned it to the Cypriot embassy in The Hague on Friday. “It was one of the greatest moments of my life,” he said.

The mosaic of Saint Mark, valued at between €5 million and €10 million ($5.7–11.4 million) according to The Telegraph, had been traced to a British family that bought the piece in good-faith. “They were horrified when they found out that it was in fact a priceless art treasure, looted from the Kanakaria church after the Turkish invasion,” Brand said. Panayia Kanakaria church is located in the Turkish part of Cyprus near the northeast end of the island.

In 2015, he tracked down two enormous bronze statues. Referred to as “Hitler’s Horses,” they were made by Nazi sculptor Josef Thorak. The following year, Brand assisted in the recovery of five stolen artworks from a criminal ring in Ukraine.