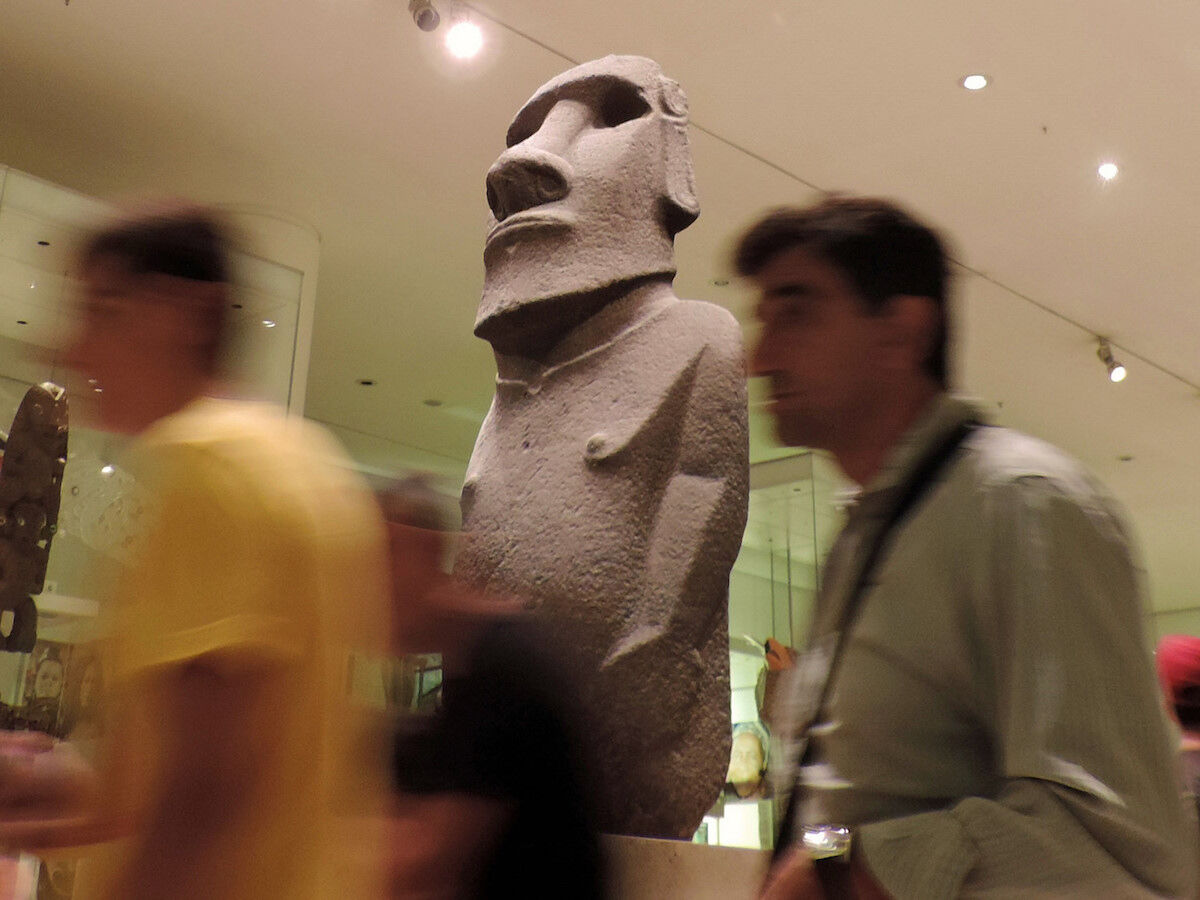 An Easter Island sculpture at the British Museum. Photo by Dun.can, via Flickr.

The monolithic Moai sculptures are inexorably linked to Easter Island. However, the British Museum in London is ready to dispute this with the island’s indigenous population.

One hundred and fifty years ago, Richard Powell, captain of HMS Topaze, took a nearly eight-foot-tall (2.4 metres) Hoa Hakananai’a sculpture and gifted it to Queen Victoria, who, in 1869, bequeathed it to the museum. Now, as part of a new cultural conservation effort, Easter Island’s indigenous people have called upon Chile’s government to help aid in the statue’s return. (Though it is located in a remote sector of Polynesia, Easter Island was annexed by Chile in 1888 and remains under its governance.)

Speaking to The Telegraph, the British Museum said there is “a great public benefit” in keeping the statue in the museum. This is in keeping with its stance on other repatriation claims, as exemplified by the lengthy disputes over the Parthenon Marbles as well as Nigeria’s Benin Bronzes.

Felipe Ward, Chile’s national treasures minister, said the request “seems appropriate given the new coordination and conservation functions being carried out on the island with regards the Moai.”