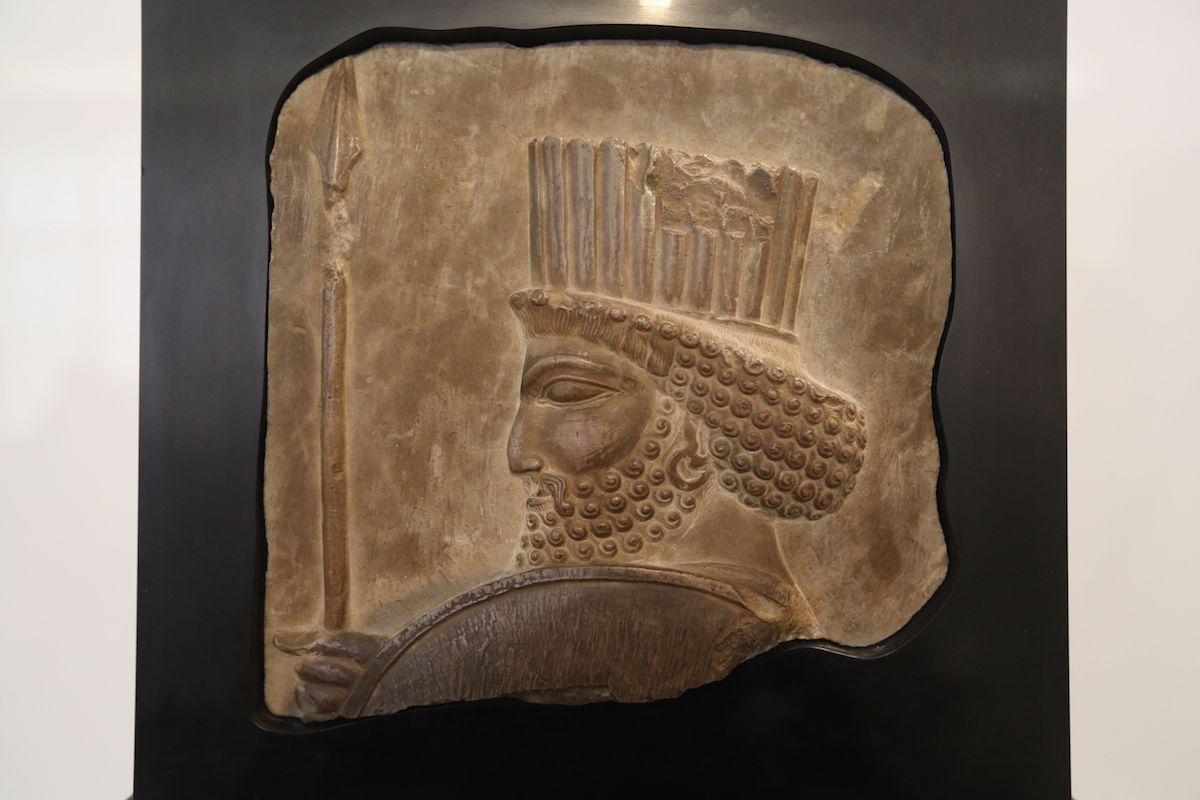 A twice-stolen ancient Persian artifact in Tehran's national museum after a New York court ordered it returned to Iran. The bas-relief, approximately 25 centuries old, depicts the head of a soldier from a line of Immortal Guards. Photo by Atta Kenare/AFP/Getty Images.

An ancient Persian artifact that was seized last year at the New York edition of TEFAF was taken back to Iran by President Hassan Rouhani following last month’s General Assembly at the United Nations. The artifact, an eight-inch bas relief sculpture depicting a soldier’s head that is believed to date from around the 5th century B.C.E., is now on display at the National Museum of Iran in Tehran.

“It now belongs to the people who made it in the first place, and who are now going to preserve it, and is part of their identity,” Firouzeh Sepidnameh, the director of ancient history at the National Museum of Iran, told the AFP. “The international community has evolved enough to realise every artifact must return to its point of origin.”

The object was discovered during an archaeological dig in Persepolis in the early 1930s and was stolen around four years later. It was seized last year from the TEFAF booth of Ruper Wace, an antiquities dealer based in London, who said he’d acquired it in good faith from an insurance company that had acquired it from the Montreal Museum of Fine Arts after it was stolen and then recovered, but the institution opted to keep the insurance money instead of having the work returned.

“This work of art has been well known to scholars and has a history that spans almost 70 years,” Wace told the New York Times last year after three police officers and two prosecutors turned up at his TEFAF booth. “We are simply flabbergasted at what has occurred.”