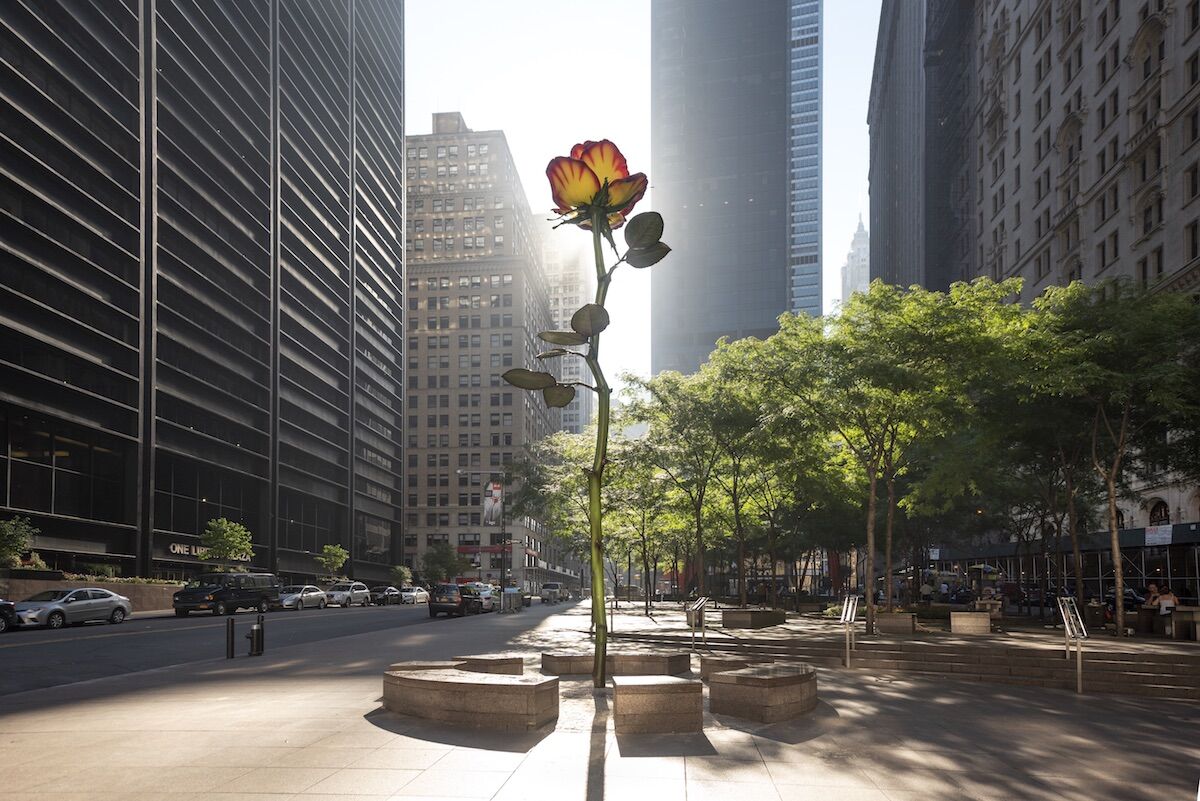 A new sculpture is occupying Zuccotti Park. On Sunday, a 26-foot-tall flower by the renowned German artist Isa Genzken was permanently installed in the heart of Lower Manhattan. Rose III (2016) joins two other sculptural mainstays in the park: Mark di Suvero’s towering steel sculpture Joie de Vivre (1998) and Seward Johnson Jr.’s Double Check (1982), which, in the aftermath of 9/11, became a memorial to those who perished.

Already, Rose III is getting some pointed political readings, with some speculating that the installation is a nod to the Occupy Wall Street movement. Zuccotti Park, a publicly owned private property belonging to Brookfield Properties, was taken over in 2011 by members of the 99 percent trying to change capitalism. A rose is the symbol of democratic socialism. The sculpture’s unveiling was wedged between the 10th anniversary of the collapse of Lehman Brothers and the 7th anniversary of Occupy.

Laura Hoptman, the curator who organized the first exhibition of The Rose at the New Museum, added more fertilizer to the fire. She said in a statement: “Over almost 40 years, Isa Genzken has pursued a brave and radical vision for a public art created for, and in tune with its environment.”

Genzken herself, who had a major U.S. retrospective at the Museum of Modern Art in 2013, added: “To me, New York had a direct link with sculpture…. [It] is a city of incredible stability and solidity.”