Italian art thieves were duped into stealing a worthless replica of a €3 million Pieter Bruegel the Younger. 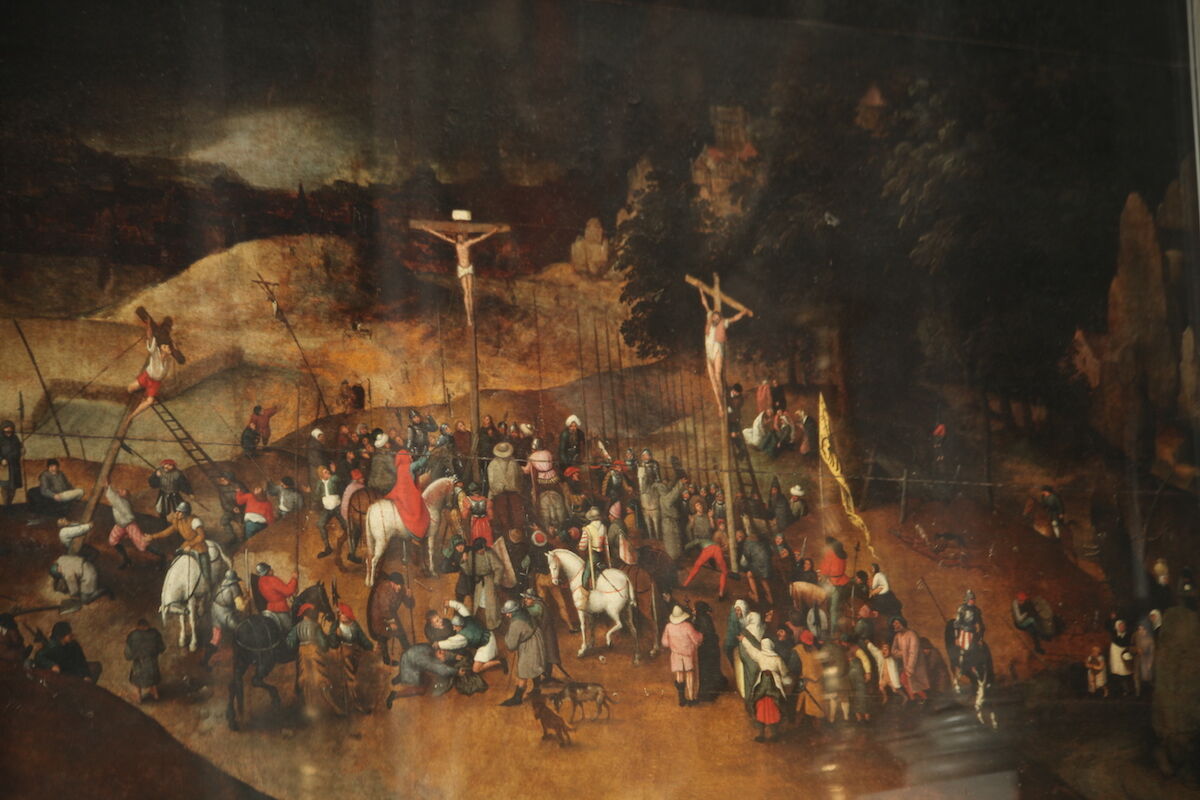 Peter Bruegel the Younger, The Crucifixion. Photo by Mongolo1984, via Wikimedia Commons.

Thieves executed a carefully-crafted plan on Wednesday morning when they broke into a church in the small town of Castelnuovo Magra, Italy, just outside of Genoa, to steal a 17th-century painting of a crucifixion scene by Flemish painter Pieter Bruegel the Younger valued at €3 million ($3.4 million). The plan was carried out perfectly, but for one hitch—local police were aware of the thieves’ plans and had swapped out the real painting for a valueless copy.

The same painting had been the target of a successful theft in 1981, but was recovered just a few months later. The painting by Pieter Brueghel the Younger, who was the son of Pieter Bruegel the Elder, had been donated to the church by a private collector and was hidden throughout World War II to prevent its theft by the Nazis.

The town’s mayor, Daniele Montebello, was in on the bait-and-switch, though he had to play the fool in the immediate hours after the heist, telling local media that the loss of the painting was “a hard blow for the community.”

He was able to speak honestly Wednesday evening though, stating:

Rumors were circulating that someone could steal the work, and so the police decided to put it in a safe place, replacing it with a copy and installing some cameras. I thank the police but also some of the churchgoers, who noticed that the painting on display wasn’t the original but kept up the secret.

While the number of art thefts has declined dramatically in recent years, Italy still remains the biggest market for stolen artworks. In 2016, almost half of the artifacts stolen had been kept in churches. Police believe there were two people involved in the attempted heist and, while peace has been restored to this scenic Italian town, it seems that the thieves remain at large.