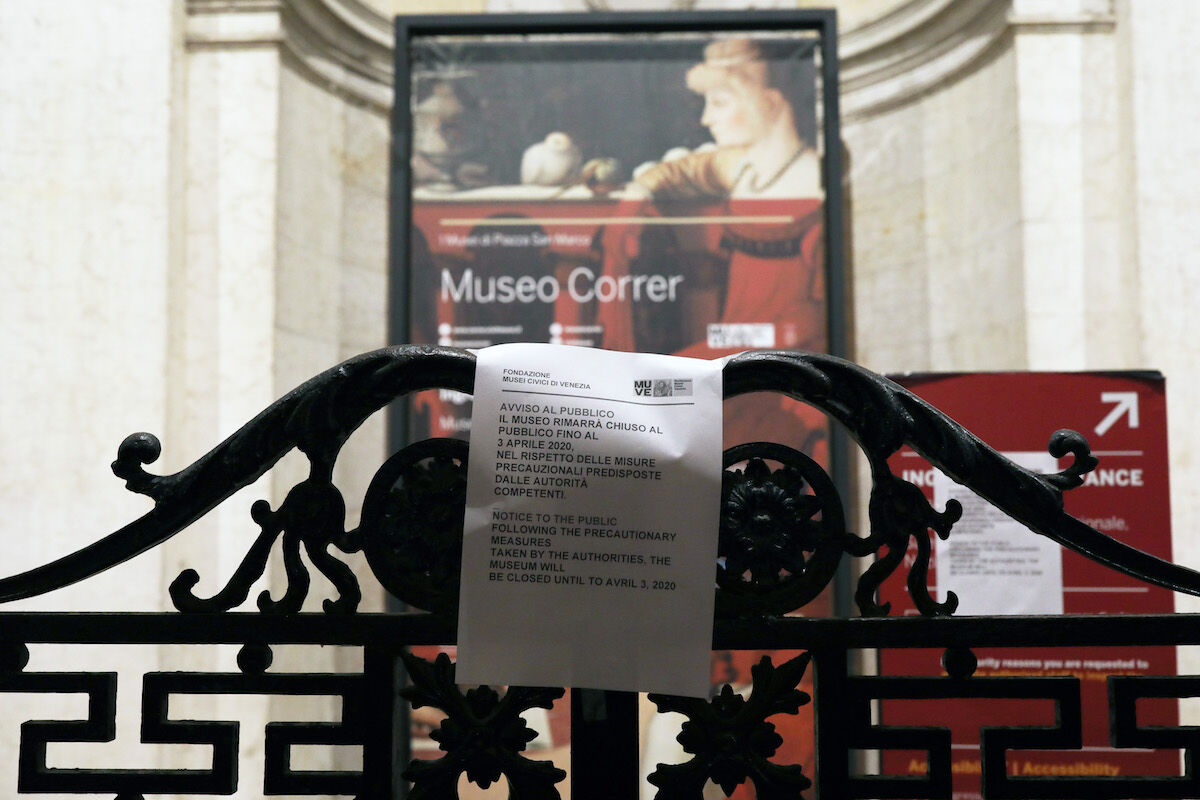 A notice outside the shuttered Museo Correr in Venice explains that the institution will be closed until April 3rd. Photo by Marco Di Lauro/Getty Images.

On Sunday, following a spike in coronavirus cases, the Italian government decided to close all the country’s state-run museums and cultural sites, from the Pompeii archaeological complex to the institution hosting one of the year’s most anticipated exhibitions. The nationwide closure is set to last until April 3rd.

After being open for less than a week, the Scuderie del Quirinale’s major exhibition “Raffaello 1520-1483” abruptly shuttered. The exhibition at the Roman museum marks the 500th anniversary of the death of Italy’s Renaissance virtuoso, Raffaello Sanzio da Urbino, or simply Raphael. A statement on the museum’s website reads: “Taking immediate effect, and as a result of the Prime Ministerial Decree of March 8, 2020, the Quirinale will remain closed to the public until further notice.”

Set to run through June 2nd, the show is one of the main events to take a hit from Italy’s decision to close some 470 cultural destinations. Home to one of the highest number of cases of the virus—more than 5,800 infections and 233 deaths, as of Saturday—Italy imposed a strict quarantine of the country on Sunday. Italian prime minister, Giuseppe Conte, resolved to extend the closure of cultural institutions—including museums, theaters, and cinemas—outside of the primary quarantine zone in northern Italy, to the remainder of the country.

This government decree means that Rome’s Colosseum, the Vatican Museums, and Florence’s Uffizi Galleries are all temporarily closed. According to NPR, Pope Francis delivered his weekly Angelus prayer via a video screen on Sunday, while believers stood watching in St. Peter's Square (they stood several feet apart).

In a tweet, Italian culture minister, Dario Franceschini, urged television stations to add extra cultural programming and cultural organizations to make use of their social media and online platforms, to make up for the loss of cultural experiences in brick-and-mortar spaces.