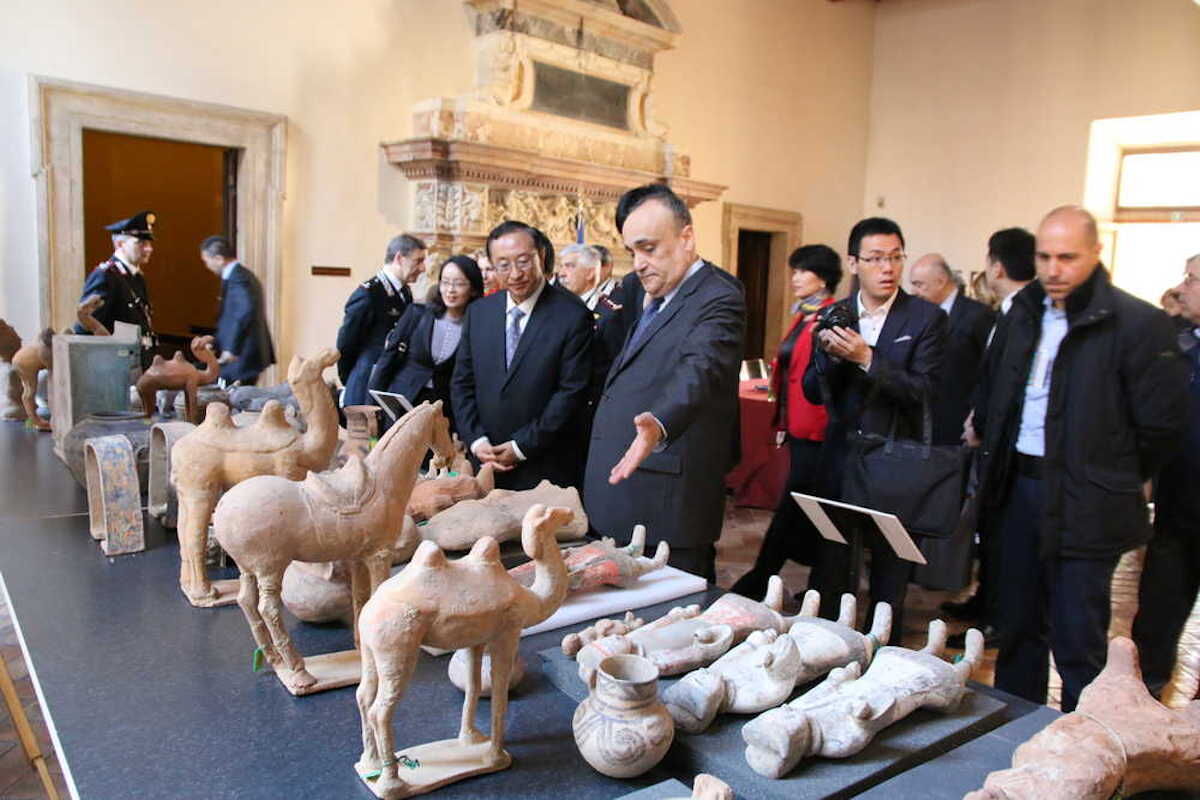 Chinese Minister of Culture Luo Shugang and Italian Minister of Cultural Heritage and Activities Alberto Bonisoli inspect some of the artifacts slated to be returned. Photo courtesy Ministero per i beni e le attività culturali.

The Italian government announced on Friday that it will repatriate a trove of 796 “illegally exported” artifacts to China. The news came during a diplomatic visit that saw Italian Prime Minister Giuseppe Conte become the first Western European leader to sign onto Chinese President Xi Jinping’s Belt and Road Initiative, an ambitious and controversial global infrastructure project that aims to extend China’s leadership position across Eurasia and Africa.

The deal to repatriate the artifacts was seen as a gesture of Italo-Chinese goodwill and diplomatic rapprochement; it was signed by China’s Minister of Culture Luo Shugang and Alberto Bonisoli, the Italian Minister of Cultural Heritage and Activities on Friday. A court in Milan called for the relics to be returned to China in November; they include Song dynasty ceramics and a clay pot from the ancient Majiayao culture.

Fellow European Union members and the U.S. have expressed concerns about the increased coziness between Italy and China, however, following the Belt and Road Initiative deal, which was inked the next day. Italy, along with Germany, has also drawn fire from U.S. officials over a hesitance to ban 5G telecommunications technology from Chinese firm Huawei, tensions over which have grown during the U.S.-China trade war.