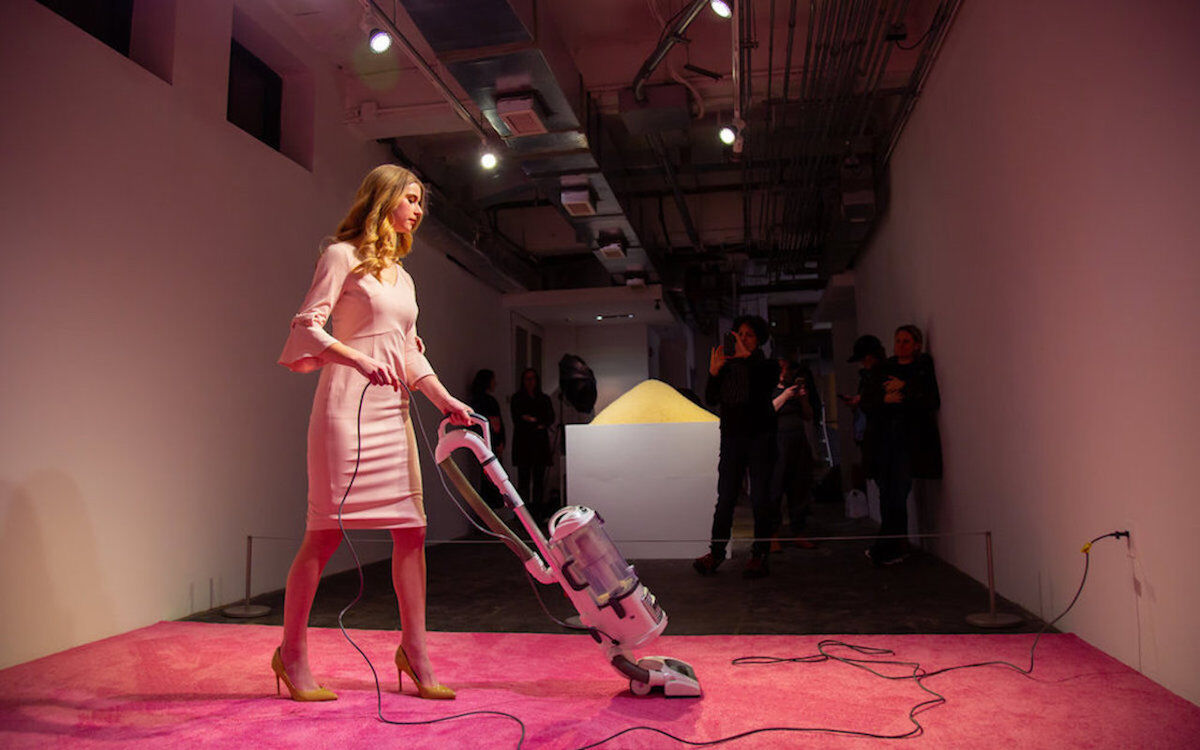 On February 1st, the performance artist Jennifer Rubell premiered a new performance in downtown Washington, D.C., presented by the the art organization CulturalDC at its Flashpoint Gallery, called Ivanka Vacuuming (2019). As the title suggests, the performance consists of an Ivanka Trump lookalike running a vacuum over a carpet, the appliance picking up the crumbs that gallery-goers are invited to grab from a pile on a pedestal and throw onto the carpet.

Inspired by a figure whose public persona incorporates an almost comically wide range of feminine identities—daughter, wife, mother, sister, model, working woman, blonde—Ivanka Vacuuming is simultaneously a visual celebration of a contemporary feminine icon; a portrait of our own relationship to that figure; and a questioning of our complicity in her role-playing.

And yet, when the first daughter and advisor to U.S. President Donald Trump got wind of the performance, she did not see it as a “visual celebration of a contemporary feminine icon”—evidently, she thought Rubell was mocking her, and attacked the work. “Women can choose to knock each other down or build each other up. I choose the latter,” she wrote on Twitter, in response to a story on the exhibition published in The Hill.

Rubell responded in her own Twitter post, inviting Trump to a private viewing of the artwork she had lashed out against. “I would be happy to arrange for you to do it alone with none of the media circus that has formed around it,” Rubell wrote. “Not knocking anyone down. Exploring complicated subjects we all care about.”

Eric Trump went on Fox & Friends to attack the work, saying: “These leftists called up a modeling agency, saying, ‘You know what, I want to get a nice woman to come stand on a carpet, with a vacuum of all things, so that our people can throw food and crumbs to mimic a powerful woman who has done more for women than probably anyone in Washington, D.C.’” And Donald Trump, Jr., took a similar approach, writing on Twitter: “Sad, but not surprising to watch self professed ‘feminists’ launching sexist attacks against @IvankaTrump.”

CulturalDC said the piece will stay up despite criticisms from the Trump family, and repeated Rubell’s invitation for Ivanka to see the art in person. CulturalDC’s Executive Director Kristi Maiselman said, in a statement sent to Artsy:

We would hope she would see that Ivanka Vacuuming is relevant beyond its content because it breaks down perceived and real barriers between the artist and audience. This is a great example of a participatory exhibits in contrast to the town’s ‘please-do-not-touch’ mainstay museums. We welcome engagement and discussion with Ms. Trump or anyone else.

Rubell’s performance piece is scheduled to continue at the Flashpoint Gallery through February 17th. 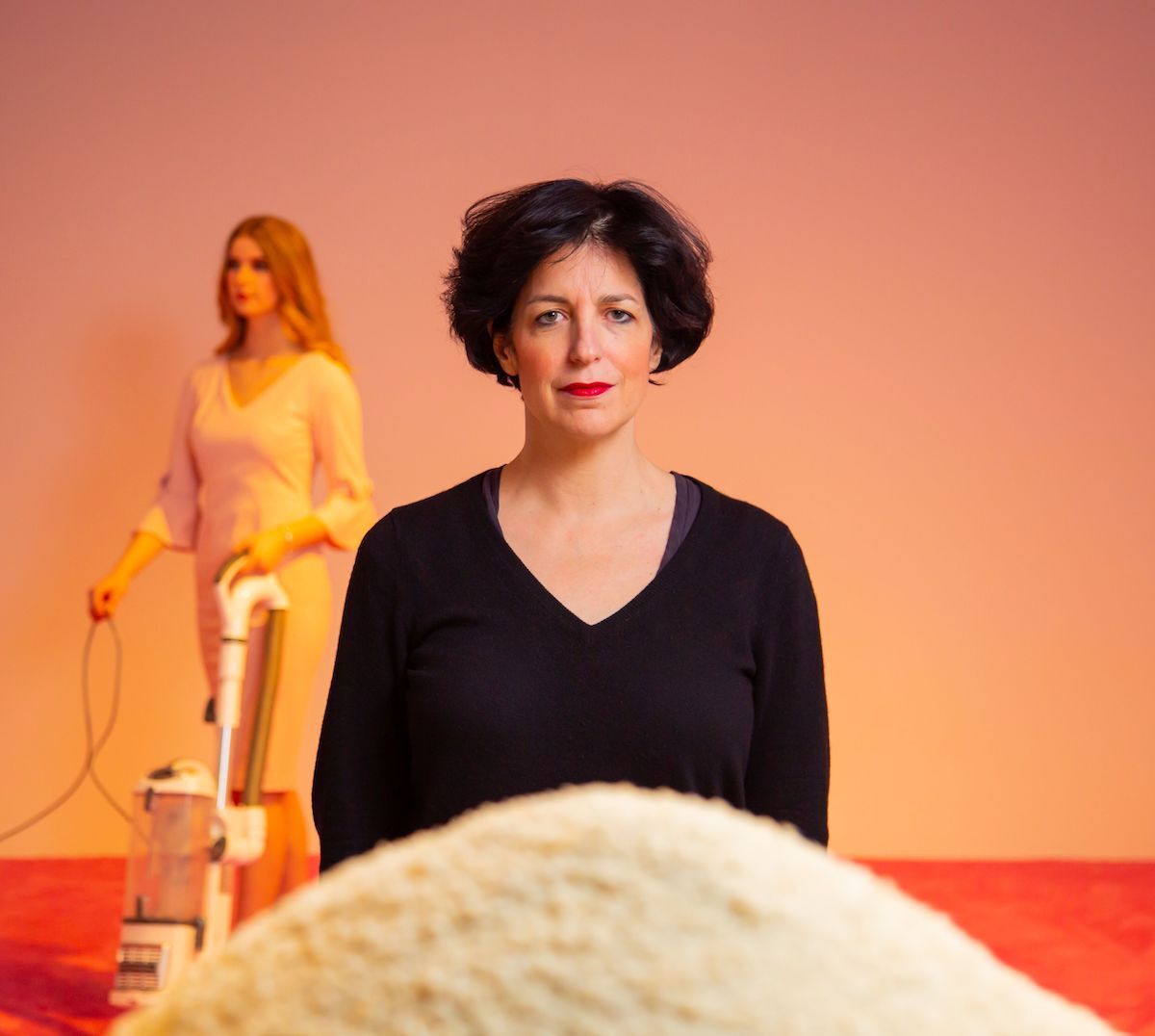