The Japanese sculptor and Mono-ha pioneer Nobuo Sekine has died at age 76. 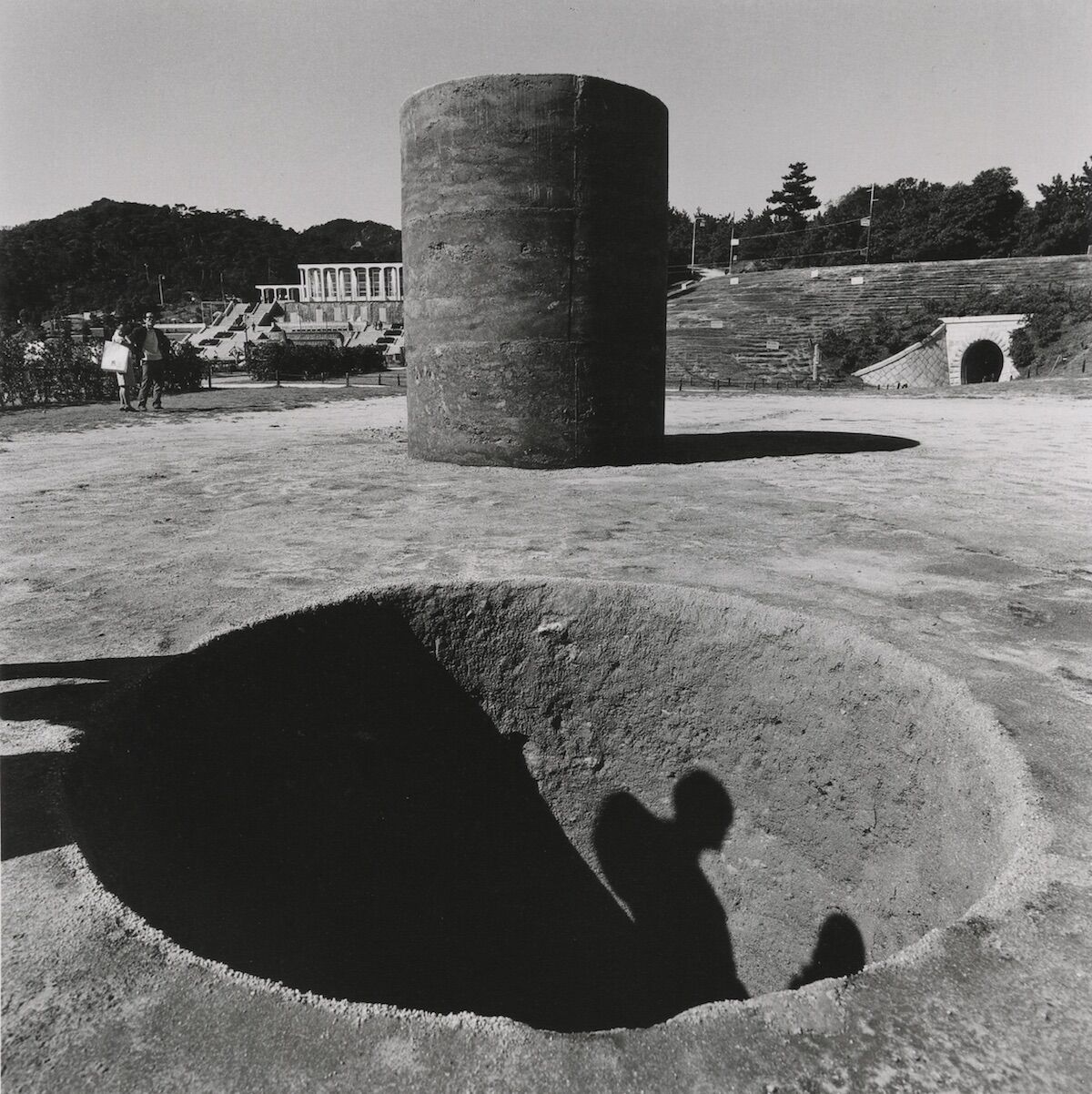 The Japanese sculptor and conceptual artist Nobuo Sekine, whose innovative practice provided some of the foundation ideas of the Mono-ha (“School of Things”) movement in the 1960s, has died. His gallery, Blum & Poe, confirmed the news of his passing; according to ArtAsiaPacific, Sekine died in Los Angeles on Monday. He was 76.
Born in Saitama, a city just north of Tokyo, in 1942, Sekine moved to the Japanese capital in 1962 and began studying oil painting at Tama Art University. Later that decade, he became interested in the mathematical discipline of topology, which focuses on ideas of abstraction and continuity. These interests informed Sekine’s breakthrough work, created for the inaugural Contemporary Sculpture Exhibition at Kobe’s Suma Rikyū Park in Kobe in 1968. Titled Phase—Mother Earth (1968), the outdoor installation consisted of a nine-foot-deep, seven-foot-in-diameter hole cut out of the ground, and a corresponding cylinder of dirt that stood alongside it. The work and the ideas to which it gave rise informed many of the artists who formed the Mono-ha movement, including Lee Ufan and Kishio Suga. 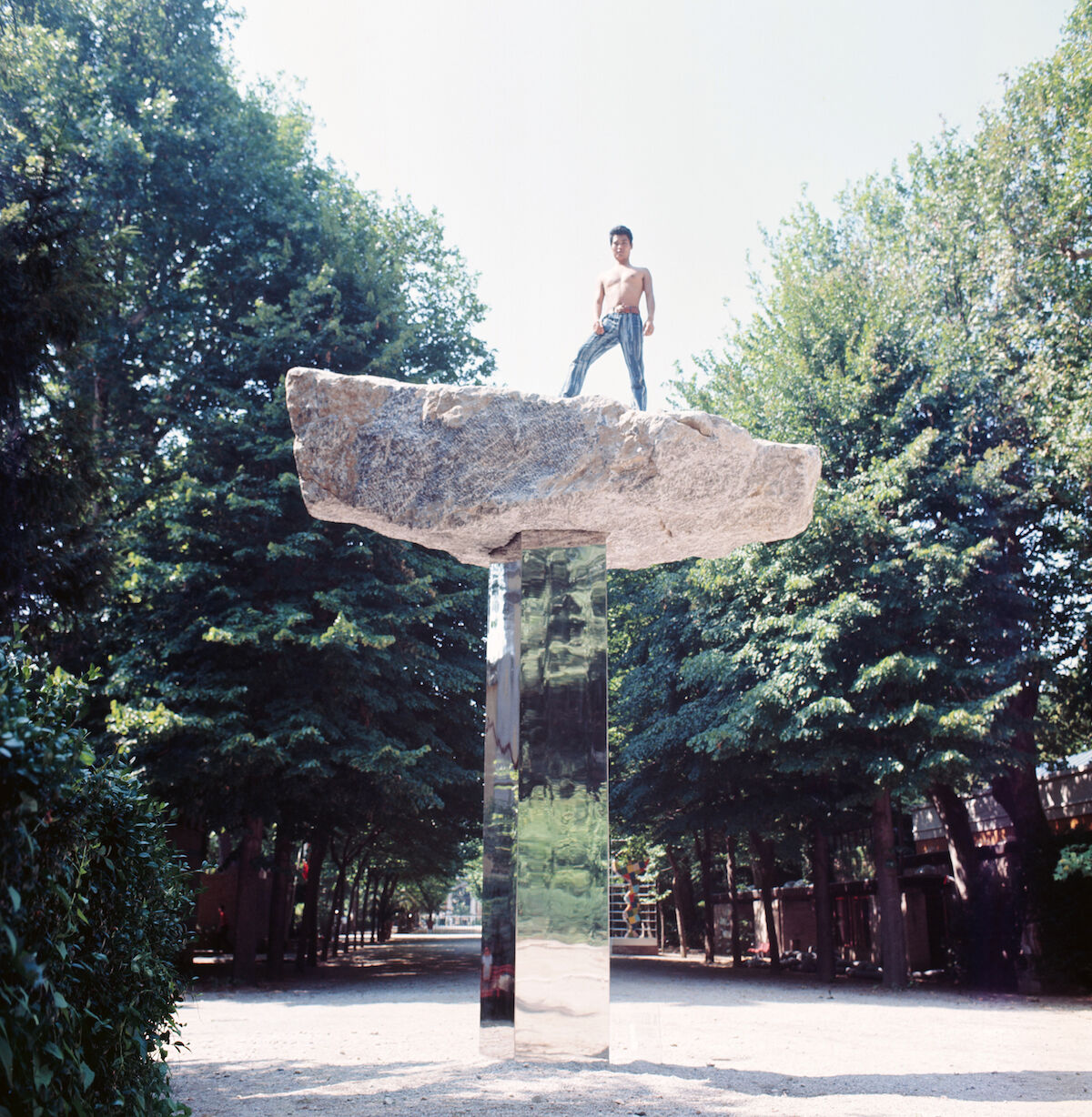 Two years later, Sekine notched another career milestone when he represented Japan at the Venice Biennale. His most iconic contribution to the Biennale, Phase of Nothingness (1969/1970), was a dramatic sculptural statement featuring a large block of marble balanced atop a square column of mirrored stainless steel.
In a 2016 interview with the Louisiana Museum of Modern Art in Denmark, where Phases of Nothingness (1970) is permanently installed, Sekine recalled the genesis of the piece:

After sketching repeatedly, I arrived at this image of a floating natural rock in the sky. As I continued to draw the scene repeatedly, I remember one surprising scene from an experience that I had when I was working with a landscape gardener a long time ago. When designing Japanese gardens in Japan, natural rocks must be used. The rocks were lifted by cranes or wires. One day, as one large rock that was on the ground was being lifted into the air, at that exact moment, I had an epiphany that this action had changed the meaning of its existence, and became a different entity. This experience translated into my work. 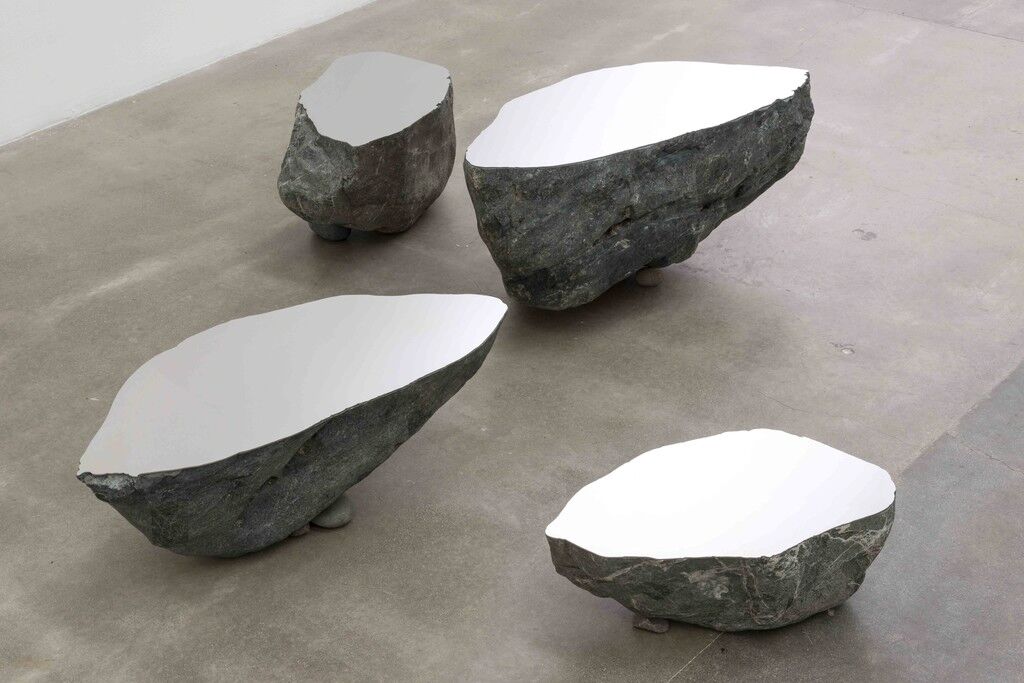 Nobuo Sekine
Phase of Nothingness–Cut Stone, 1971/2011
Blum & Poe
In the ensuing decades, he continued to create large-scale sculptural interventions and arrangements, while also creating wall-based works fusing elements of painting and bas-relief sculpture. Over the decades, he received commissions to create public art throughout Japan. After figuring prominently in 2012’s “Requiem for the Sun: The Art of Mono-ha,” a 2012 exhibition at Blum & Poe and Gladstone Gallery in New York, Sekine had his first solo show with Blum & Poe at the gallery’s Los Angeles space in 2014.
In the same 2016 interview with the Louisiana Museum, Sekine said:

Even in the simplest structures, multiple landscapes or thoughts can be expressed. [. . .] I create works with the perspective of admiration for nature. I believe that my job is to convey the richness of nature to viewers.

Further Reading: The Unknown Artists Who Made Radical Art on the Fringes of 1960s Japan