Jason Polan, the prolific artist who endeavored to draw every person in New York City, died at age 37. 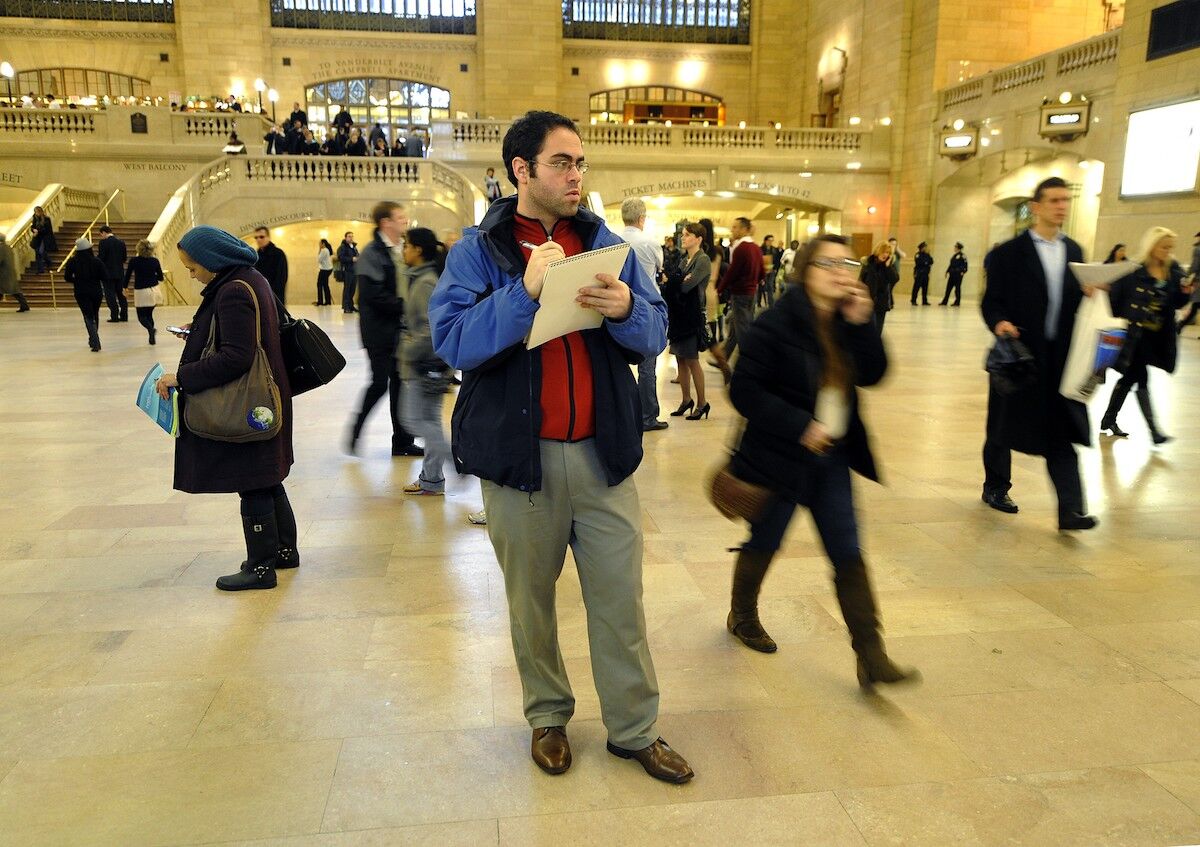 Jason Polan, an artist who sketched everything from an antique plastic Triceratops to every artwork at the Museum of Modern Art to a great number of Taco Bell customers, died Monday at age 37. A family member told the New York Times that the cause was cancer.

Over the past decade, Polan’s project “Every Person in New York” grew to include over 30,000 sketches of New Yorkers from all backgrounds. Recent additions to his website include a man carrying a Christmas tree; a woman with a boy sporting a Spiderman backpack; and two kids solving a Rubik’s Cube on the subway. Although most of the subjects of Polan’s scrawled portraits were unaware they were being drawn, he also invited those interested to let him know where they would be on a given day—for a period of two minutes—so he could drop by and sketch them. He published the first volume of his drawings in 2015. “When the project is completed, we will all have a get together,” he wrote in the project description.

Polan was born in 1982 in Ann Arbor, Michigan, and grew up in nearby Franklin. He earned a dual degree in anthropology and art and design at the University of Michigan in 2004. He moved to New York after graduation, where he made a name for himself in the art world through his eccentric, ambitious projects.

Polan’s interest in the mundane didn’t stop at New Yorkers: Another project involved sketching every piece of art on view at MoMA. He doodled artworks, visitors, and staff—including the museum’s director Glenn Lowry. He drew a series for the New York Times’s Opinionator blog, sketching anything he happened to come across, like a harmonica or a Manet painting.

In a review of Polan’s 2009 show at the Raleigh-based Lump Gallery for Indy Week, Dave Delcambre wrote:

This show is brimming with a restless, oddly intoxicating energy that could be described as bordering on the obsessive. It is artist-as-aesthetic sponge, seemingly powerless to resist taking in all that the abundance of pop visual culture has to offer: the good, the bad, and the chintzy.

I don’t think there’s a day I don’t draw something. I could get hit by a bus tomorrow and it could stop, and the project will be not very complete. But as long as I’m living and can draw, I’ll be thinking about this project.

Friends and admirers took to social media to honor his legacy, including filmmaker Josh Safdie, a member of the Taco Bell Drawing Club; New Yorker writer Jia Tolentino, who had been a subject of a doodle; and, of course, MoMA.