Jeff Koons’s controversial bouquet sculpture will be planted in Paris after all. 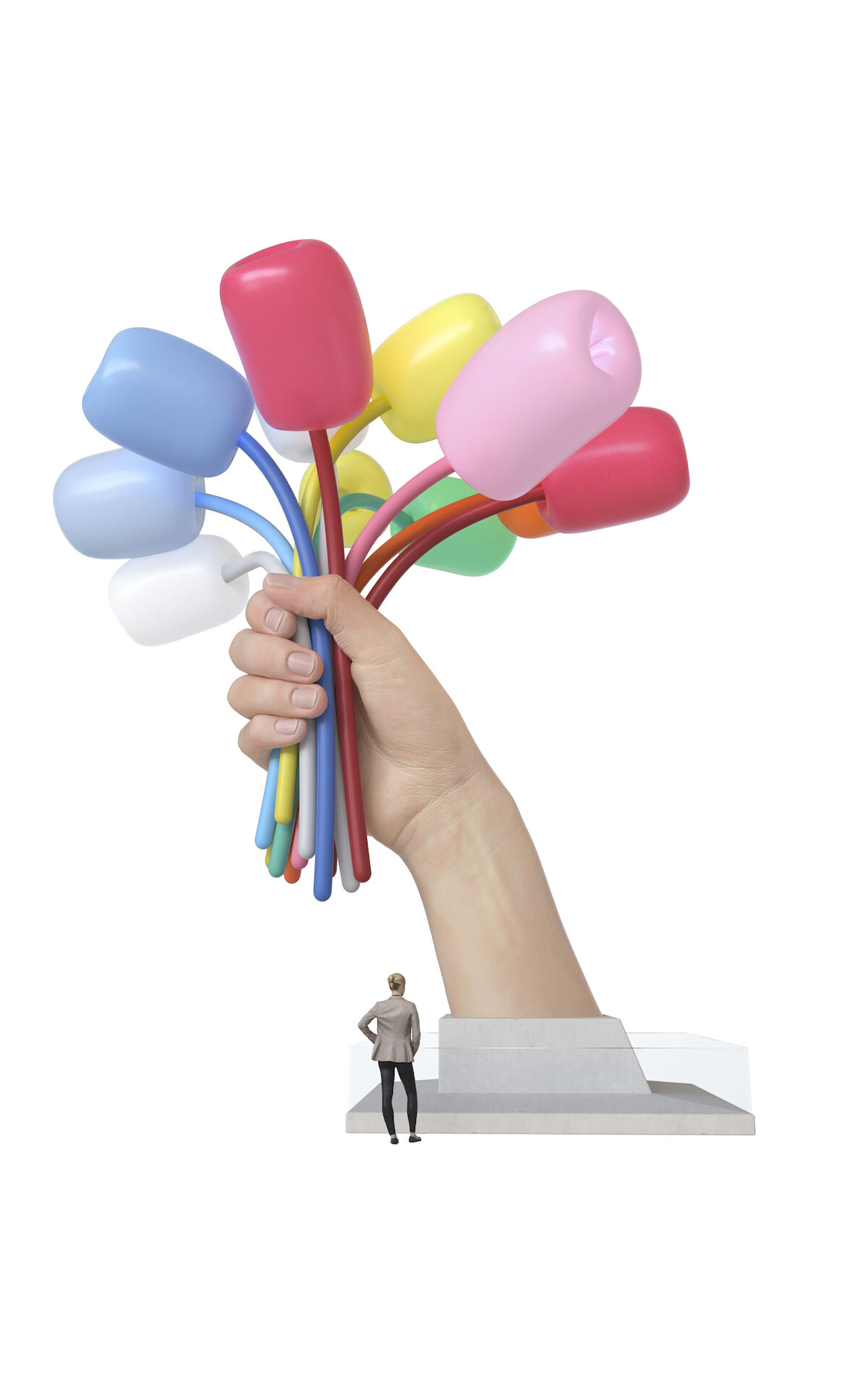 The saga of Jeff Koons’s uprooted sculpture for Paris, Bouquet of Tulips (2016), may finally be put to rest. In an interview Friday morning with radio station France Inter, Christophe Girard, deputy mayor of Paris in charge of culture, announced that the monumental sculpture will be installed in the gardens surrounding the Petit Palais, a city-run art museum near the base of the Champs-Élysées. Koons visited the site on Thursday, and the sculpture will be installed in early 2019, according to Le Figaro.

The 34-foot-tall bronze, aluminum, and steel construction representing a hand holding a bouquet of colorful balloon flowers, was originally slated to be installed in front of the Palais de Tokyo contemporary art museum and Paris’s municipal modern art museum. However, that location proved controversial, partly because neither of the museums whose front doors the sculpture would loom over was consulted about the decision. The location was also deemed inappropriate as it has no relation to the 2015 terrorist attacks that Koons said inspired the gift. Another point of contention was the cost of producing and installing the work—about €3.5 million ($4 million)—which, with its base, will weigh 80,000 pounds.

The sculpture has been divisive since Koons’s plan was first announced. Earlier this year, choruses of art dealers and artists voiced their opposition to the project, and other riposted with a letter of support.