KAWS dropped his new line of clothes for Uniqlo—chaos ensued. 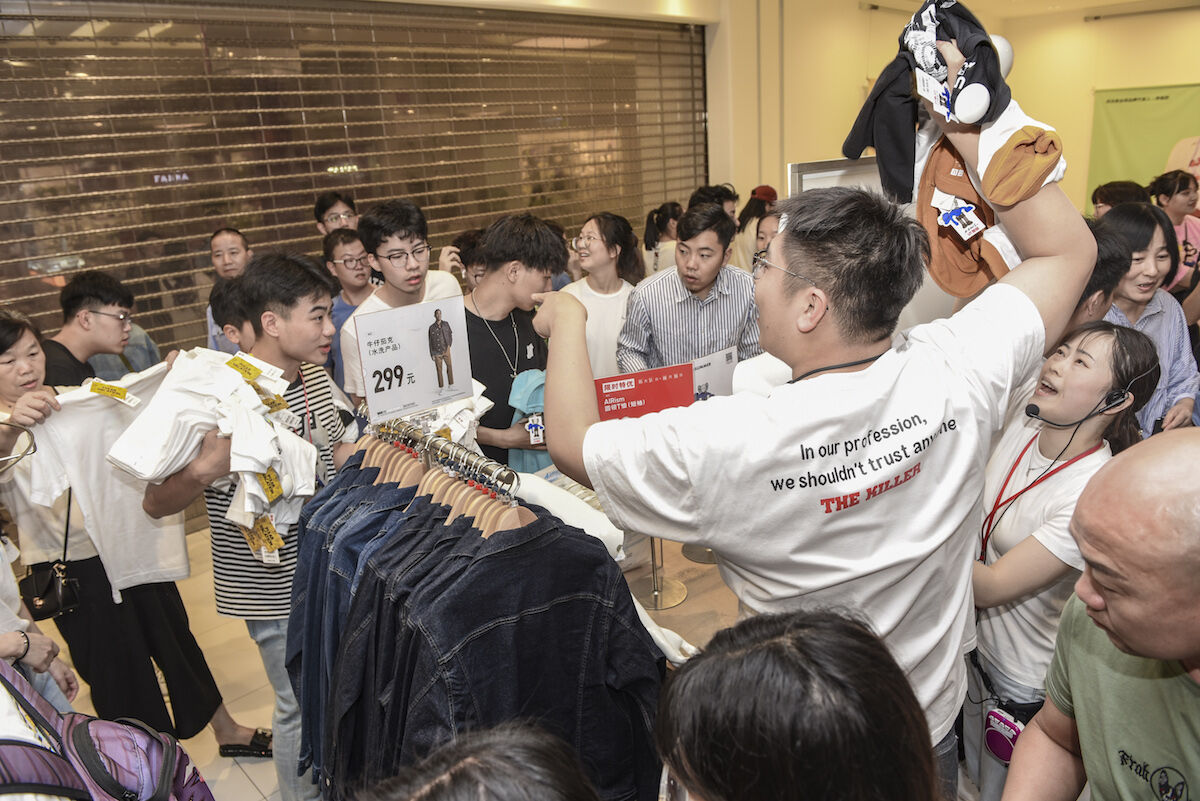 Customers crowd at a Uniqlo store in Jinhua, Zhejiang Province of China, to buy the KAWS x Uniqlo collaborative collection on June 3, 2019. Photo by VCG/VCG via Getty Images.

The phenomenon surrounding the artist known as KAWS is no longer confined to auction houses and galleries. Now, even a KAWS collaboration with a fast fashion retailer will prompt crazed speculation—and a mob of buyers stampeding through stores intent of beating out others to secure a KAWS T-shirt.

On Monday morning, the Japanese retailer Uniqlo released its latest collaboration with KAWS, (a.k.a. Brian Donnelly). While this isn’t Uniqlo’s first KAWS clothing line, in the years since the last one dropped the artist has become a veritable sensation in the art market, a frenzy that crested (at least for now) when one of his works sold at Sotheby’s in Hong Kong for $14.8 million.

The prices for shirts emblazoned with the now-iconic KAWS mascots were much lower, and they sparked chaos when they were offered in Uniqlo stores in China on Monday. KAWS began trending on the social media network Weibo after footage showing customers fighting over the $14 shirts in stores went viral. Videos showed crazed shoppers hauling piles of wares off of racks and ripping the limbs off mannequins to remove their shirts.

According to What’s On Weibo, a site that reports on trending topics on the platform, the hashtag #EverybodyKAWS had been glimpsed 140 million times by the end of Monday.

The stampeding masses fighting over the shirts confused many Weibo users, the report said, causing some to ask why, exactly, shirts featuring the designs of an American artist stoked so much aggressive buying. Some users apparently suggested that, rather than intense KAWS fandom, the rush was driven by sheer competition.

“I finally understand now,” one user quoted by What’s On Weibo said. “What I love is not UNIQLO, nor KAWS—what I love is to rush and clash with all these people!”

Or, perhaps the stampeding Uniqlo customers were no different from the speculating art flippers who have been acquiring KAWS with their own ulterior motives. What’s On Weibo reported that, by the end of Monday, the $14 shirts were selling for five times that price online.