A KAWS painting sold for more than 14 times its high estimate, smashing the artist’s auction record. 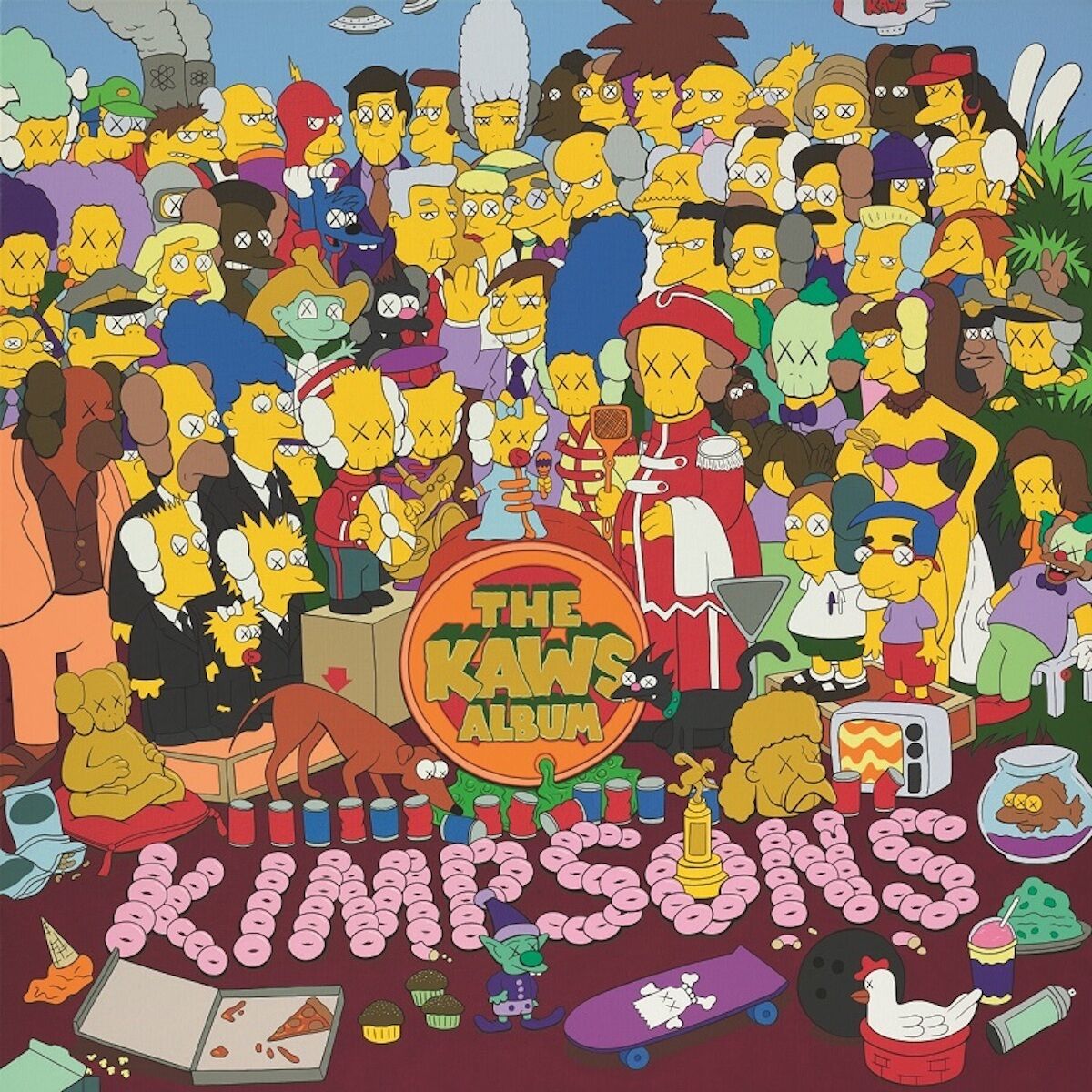 A painting by art market sensation KAWS smashed its high estimate—and the artist’s auction record—when it sold for $HK 116 million ($US 14.8 million) at Sotheby’s in Hong Kong on Monday. The work, The KAWS Album (2005), had been tagged with a pre-sale estimate of $HK 6 million–8 million ($US 765,000–1 million), but ultimately sold for more than 14 times its high estimate, eclipsing the U.S. artist’s previous auction record of $US 2.7 million, which was set at Phillips in New York in November.

The painting—a riff on a Simpsons parody of the iconic album cover Sgt. Pepper's Lonely Hearts Club Band (1967), which Pop artists Peter Blake and Jann Haworth created for The Beatles—was the star lot of Sotheby’s latest sale of works from the private collection of fashion entrepreneur Nigo. The founder of the Japanese streetwear brand A Bathing Ape commissioned the work from KAWS, a former graffiti artist whose real name is Brian Donnelly. The KAWS Album accounted for more than half of the auction’s total haul of $HK 219.9 million ($US 28 million), which saw all 33 lots find buyers, with KAWS accounting for the 21 biggest lots of the sale.

The sale capped a big week for KAWS in Hong Kong: His giant inflatable installation “KAWS:HOLIDAY” was unveiled (and preemptively removed) in Victoria Harbour; and his work was also on view at Art Basel in Hong Kong, where Skarstedt sold one of his brand-new paintings, TO BE TITLED (2019), with an asking price of $US 450,000.