A Kerry James Marshall painting sold for $21.1 million at Sotheby’s, making him the most expensive African American artist at auction alive today. 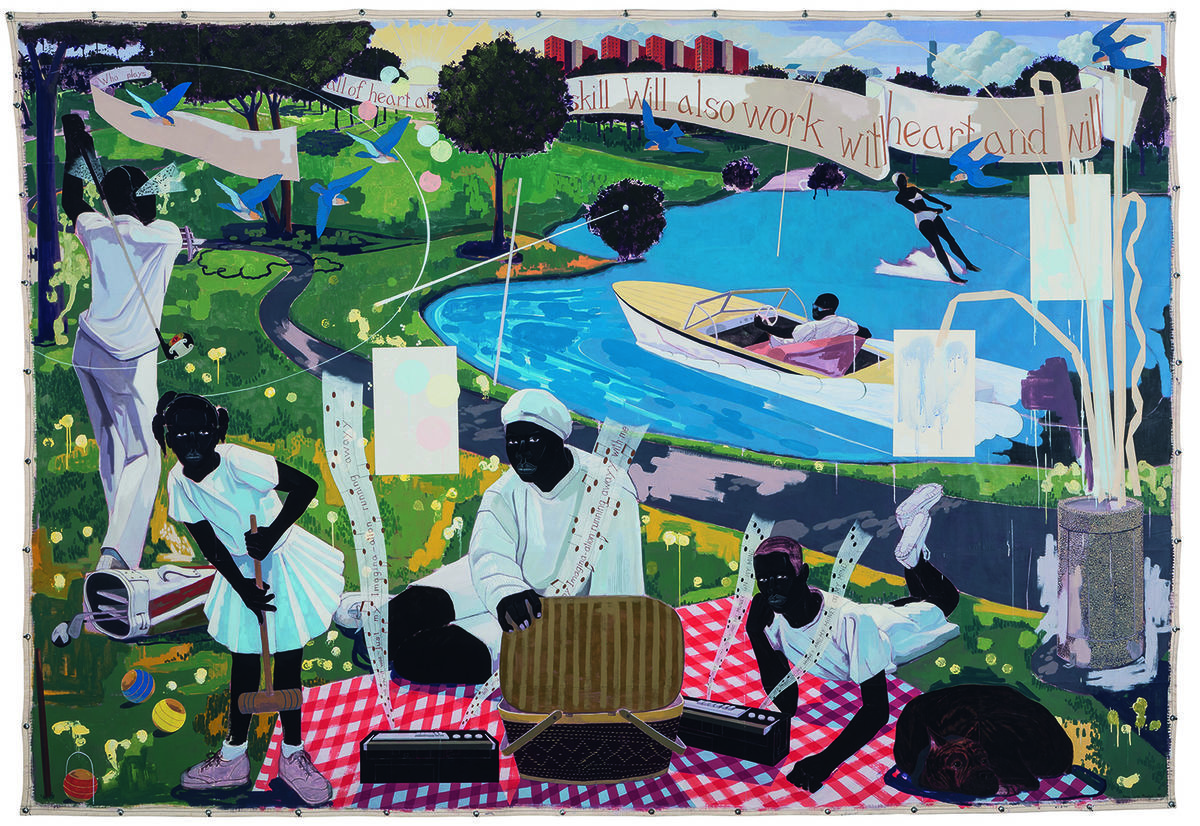 Kerry James Marshall’s Past Times (1997) was expected to sell for between $8 million and $12 million on Wednesday night. But the massive 9 foot by 13 foot painting hammered at $18.5 million at Sotheby’s contemporary art sale in New York after a bidding war between three bidders on the phone and one in the room. The sum vaulted Marshall into the ranks of the most expensive living American artists, along with contemporaries Frank Stella, Brice Marden, and Mark Bradford, whose painting Helter Skelter I (2007) sold for £8.6 million with fees at Phillips in March of this year.

The final price for Past Times, which came to $21.1 million with fees, is four times the artist’s previous record, set in November when Still Life with Wedding Portrait (2015) sold for $5.04 million with fees at Christie’s. While the record-obliterating Leonardo da Vinci that sold at the same auction snagged all the headlines, Marshall’s piece drew frenzied bidding that pushed it to triple its high estimate. Both paintings had been included in the artist’s acclaimed mid-career retrospective. While Still Life with Wedding Portrait had been purchased for $750,000 at a benefit auction for the MCA Chicago in 2017, Past Times was purchased for just $25,000 in 1997 by The Metropolitan Pier and Exposition Authority, an Illinois municipal corporation, which consigned the work to Sotheby’s.