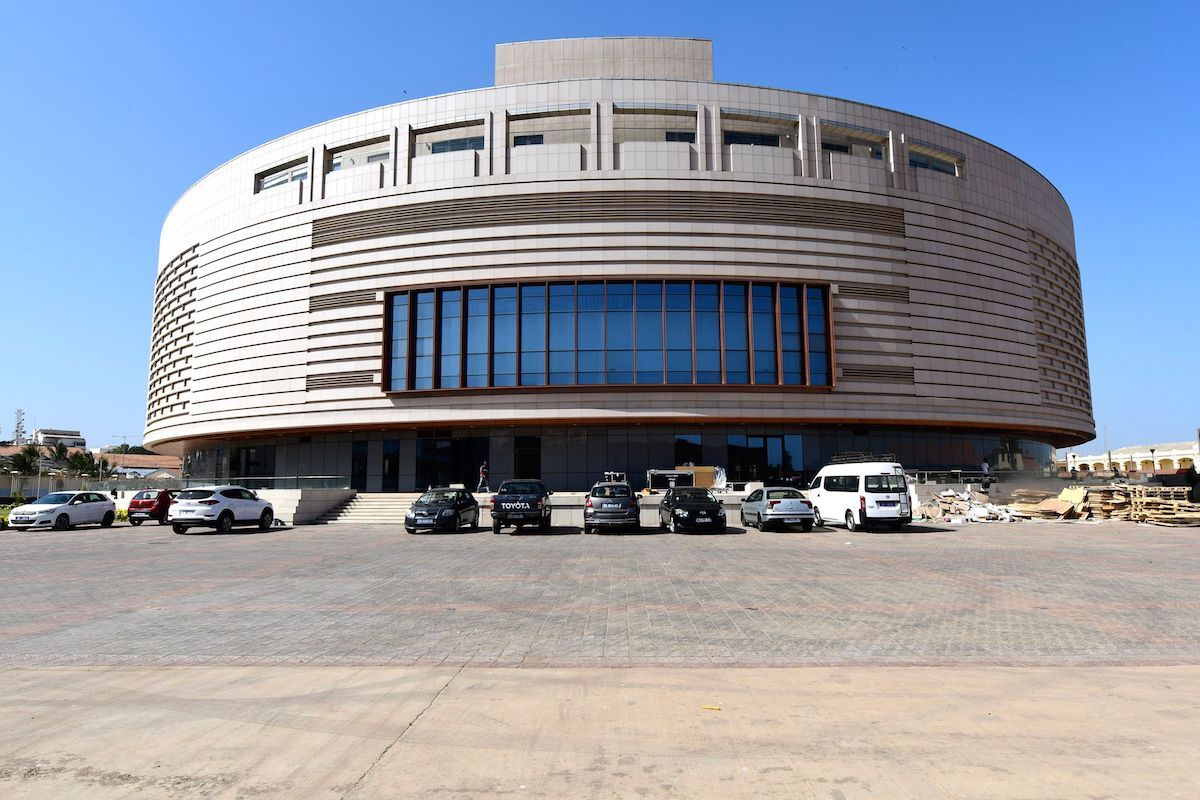 The Museum of Black Civilizations in Dakar. Photo by Seyllou/AFP/Getty Images.

On Thursday, Senegalese President Macky Sall inaugurated the 150,000-square-foot Museum of Black Civilizations in Dakar, some seven years after construction began and more than 50 years after the country’s first president, the poet Léopold Sédar Senghor, sought to make culture a centerpiece of its post-colonial project. Now, after being stalled for decades—and thanks to a major investment of $34 million from China, which also provided the museum’s distinctive architectural plan—the institution has finally opened.

“Keeping our cultures is what has saved African people from attempts made at making of them soulless people without a history,” President Sall said in a speech at Thursday’s unveiling, according to Reuters. “And if culture does link people together, it also stimulates progress.”

The four-story building in the center of Senegal’s capital opened with exhibitions of work by artists from Burkina Faso, Mali, Haiti, and Cuba; in all, it is said to have the capacity for 18,000 artifacts, though many of its halls remain empty. Its circular design, created by the state-owned Beijing Institute of Architectural Design, was inspired by the forms of traditional houses in southern Dakar.

The institution’s opening comes amid a renewed push for the repatriation of artifacts stolen from African communities and currently held in European museums. It is also another example of China’s enormous investment across the African continent; the country recently pledged another $60 billion in loans, grants, development funding, and more across Africa.