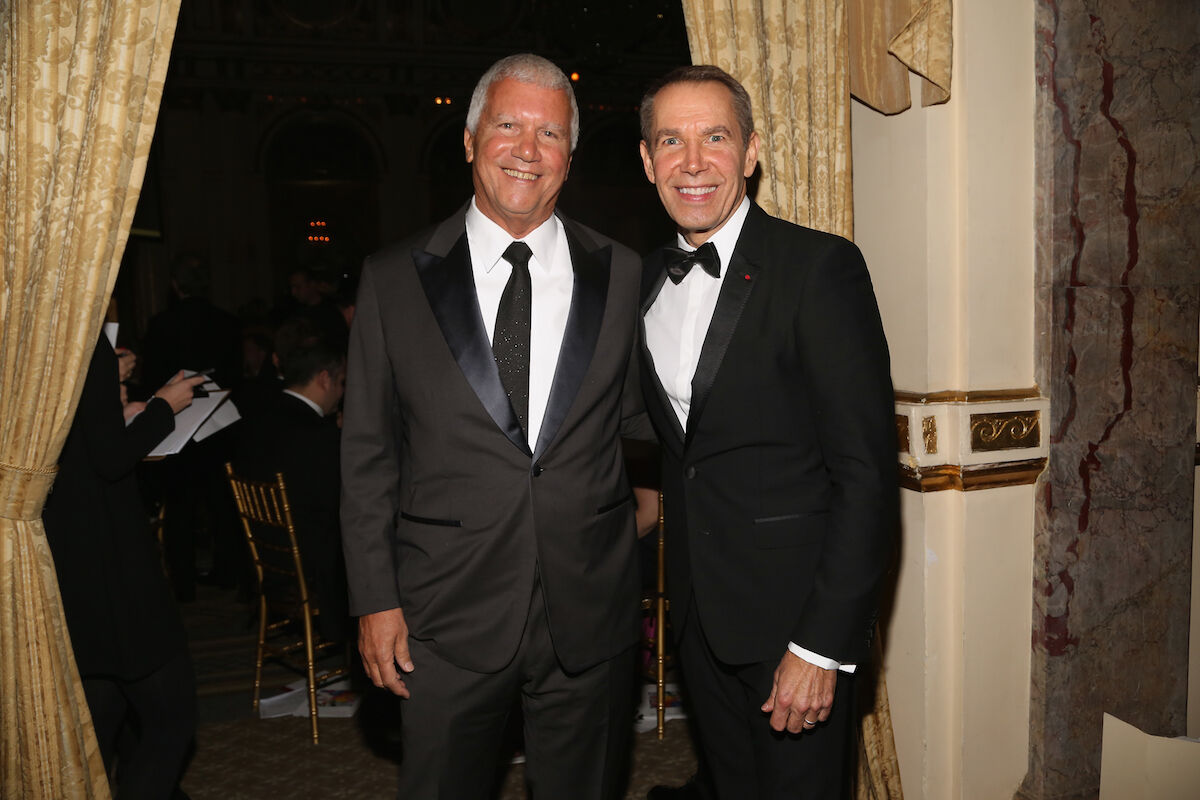 Larry Gagosian and Jeff Koons at an event in October 2016. Photo by Sylvain Gaboury/Patrick McMullan via Getty Images.

Art dealer Larry Gagosian is calling for the dismissal of a multimillion-dollar lawsuit brought against him and artist Jeff Koons by hedge fund manager and collector Steven Tananbaum. In that lawsuit, filed in April of this year, Tananbaum claimed that he had paid more than $13 million toward three Koons sculptures that the artist and his dealer had failed to deliver, and whose completion dates had been repeatedly pushed back.

But, in a motion to dismiss the lawsuit filed by Gagosian’s attorney, Matthew Dontzin, the dealer argues that the delays should come as no surprise to Tananbaum. According to the New York Post, Gagosian’s motion notes:

Tananbaum is a prominent hedge fund manager, a trustee of the Museum of Modern Art, and a sophisticated art collector who regularly invests in exclusive works of fine art. [...] Tananbaum was being advised by one of the world’s leading art advisors and fully understood that (i) Mr. Koons is a perfectionist who often takes years to make each sculpture; (ii) Mr. Koons provides only estimated completion dates for the sculptures; and (iii) those estimated dates are often extended by multiple years.

The lawsuit revolves around three stainless steel works by Koons: Eros (2016–present), Diana (2016–present), and Balloon Venus Hohlen Fels (Magenta) (2013–15). Tananbaum began making payments for the works in 2013 and has paid some $13 million toward the works in the time since; individually, the works’ prices range from $6 million to $8.5 million. Tananbaum’s claim cites that the the original delivery dates he, Gagosian, and Koons agreed to have all been pushed back, while Tananbaum has continued to make his installment payments according to the schedule originally outlined in the sales contracts.

[Gagosian and Koons] breed a false sense of urgency to secure as many millions of dollars in deposits and payments as they can. At heart, this interest-free loan system—unbeknownst to the collectors—is less about creating timeless works of art and more about creating an ouroboros by which Defendants maintain a never-depleting source of funds at the expense of eager and trusting collectors.