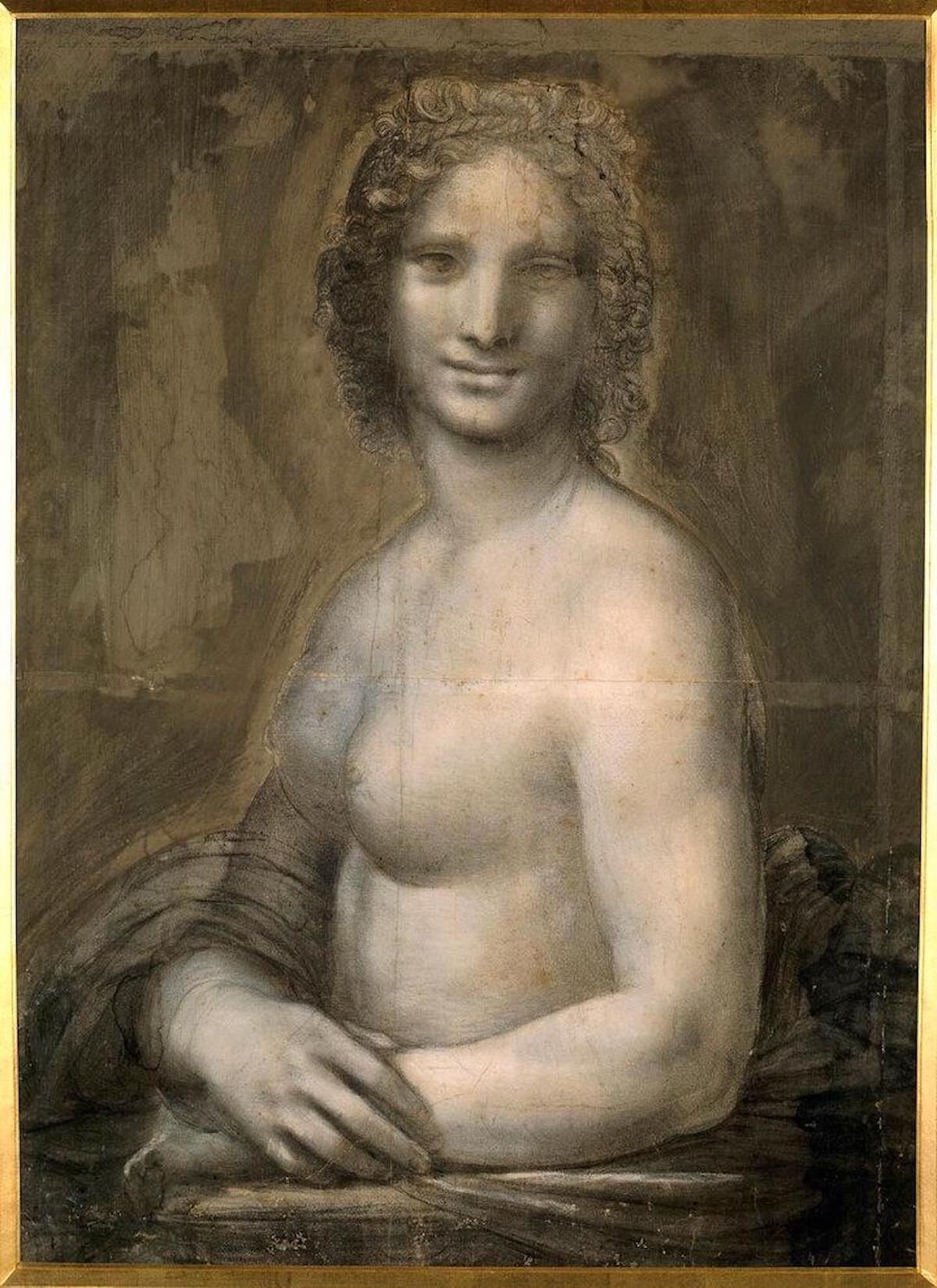 The so-called “Nude Mona Lisa,” a large drawing of a nude sitter with strong resemblances to Leonardo da Vinci’s iconic and enigmatic portrait painting Mona Lisa (1503–06), has long been attributed to Leonardo’s studio. However, new analysis of the drawing at the Center for Research and Restoration of Museums of France (C2RMF), whose labs are located beneath the Louvre Museum, suggests that the sketch, formally known as Monna Vanna (c. 1503), may have largely been Leonardo’s handiwork.

“There is a very strong possibility that Leonardo did most of the drawing,” Mathieu Deldicque, a curator at the Musée Condé (which owns the sketch and is housed in the Château de Chantilly north of Paris), told the AFP. The new analysis, undertaken in anticipation of this year’s celebration of the 500th anniversary of Leonardo’s death, found “left-handed charcoal marks pretty much everywhere,” according to Deldicque, suggesting the famously left-handed Leonardo was involved in the drawing’s execution, though other parts of it were likely done by a right-handed apprentice.

The attribution of Monna Vanna has long been a subject of speculation. When it was acquired by the son of King Louis-Philippe, the Duc d’Aumale, in 1862, the drawing was attributed to Leonardo. “We are sure of nothing, and if Leonardo participated, it’s not for all the drawing, but for some parts of it,” Deldicque told the New York Times in 2017, when it was first sent to C2RMF for study.