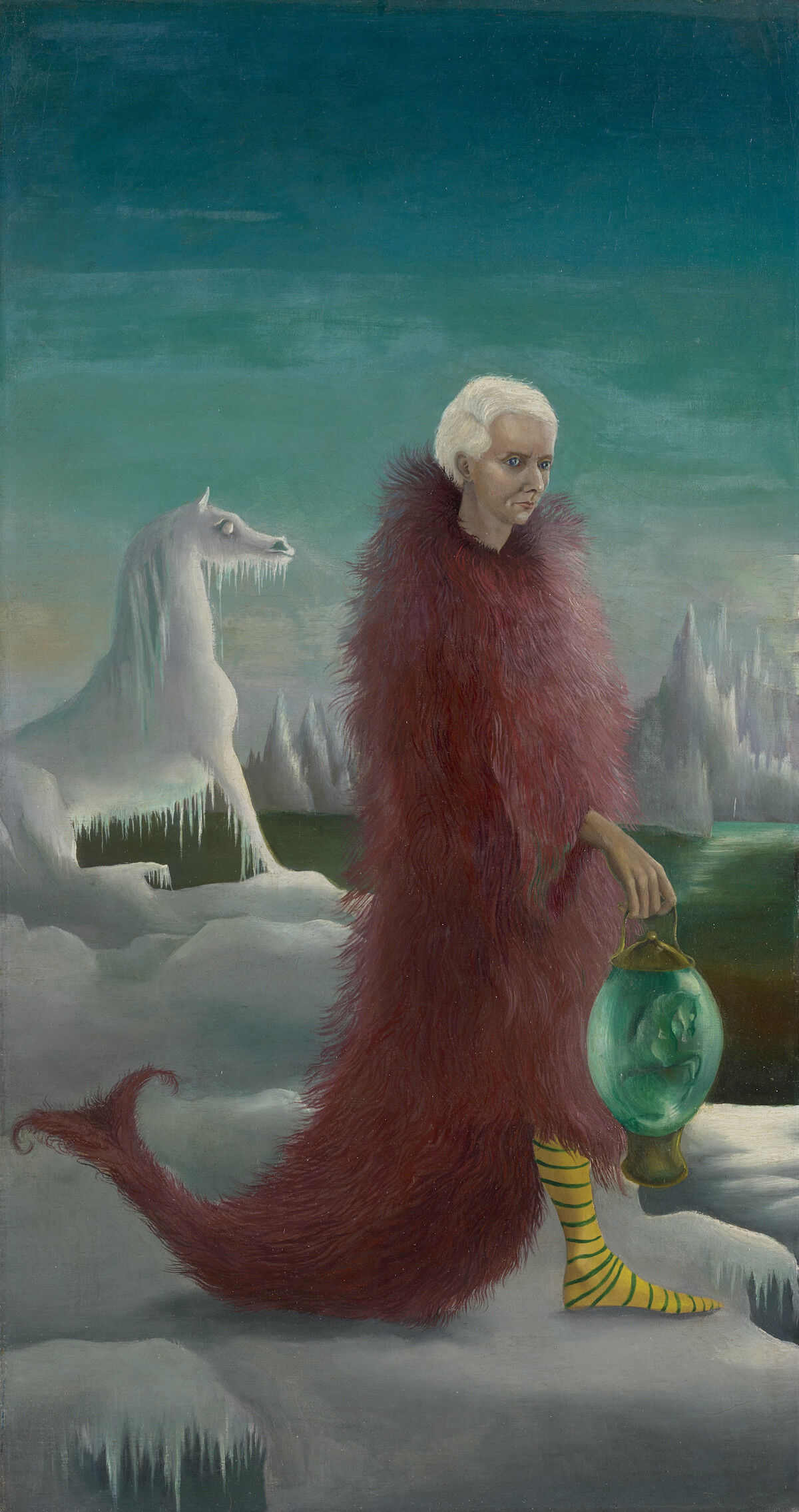 The National Galleries of Scotland have acquired their first work by Leonora Carrington, an otherworldly full-length portrait of her fellow Surrealist—and lover—Max Ernst. Painted around 1939, when the couple was living in a small village in the south of France after fleeing Paris, Portrait of Max Ernst depicts Ernst dressed in a woolly red coat with a merman-like trail, his one visible foot clad in a striped yellow sock. He stands in an ominous and frozen landscape, brandishing a lantern of sorts that holds a small horse. Behind him lurks another horse, a white stallion covered in icicles. Carrington often incorporated a white horse into her compositions as a surrogate for herself; in this instance, the frozen and trapped equestrian figures have been seen as symbols of Carrington’s desire to be freed from Ernst’s emotional and artistic control.

In addition to its charged and dramatic imagery, the work had an unusual trajectory before the National Galleries acquired it for a total sum of £560,000 ($738,000). In 1940, after he was released following imprisonment in France as a resident alien, Ernst returned to the house he had shared with Carrington (who in the meantime had fled to Spain, where she was committed to a psychiatric hospital) and found that it had been sold. Nevertheless, he managed to gain access to the house at night and recover a number of works, including Carrington’s portrait of him. He later returned the work to her before the couple, now estranged, finally fled Europe for America, he traveling by plane with his new lover, Peggy Guggenheim, she by boat with most of their possessions. When the two artists met again in New York in 1942, Carrington gave Ernst the portrait, and he gave her his Leonora in the Morning Light (1940). They never saw each other again, and Carrington’s portrait of Ernst eventually made its way into the collection of Peggy Guggenheim’s daughter, Pegeen.