Lonnie Bunch will be the first African-American secretary of the Smithsonian Institution. 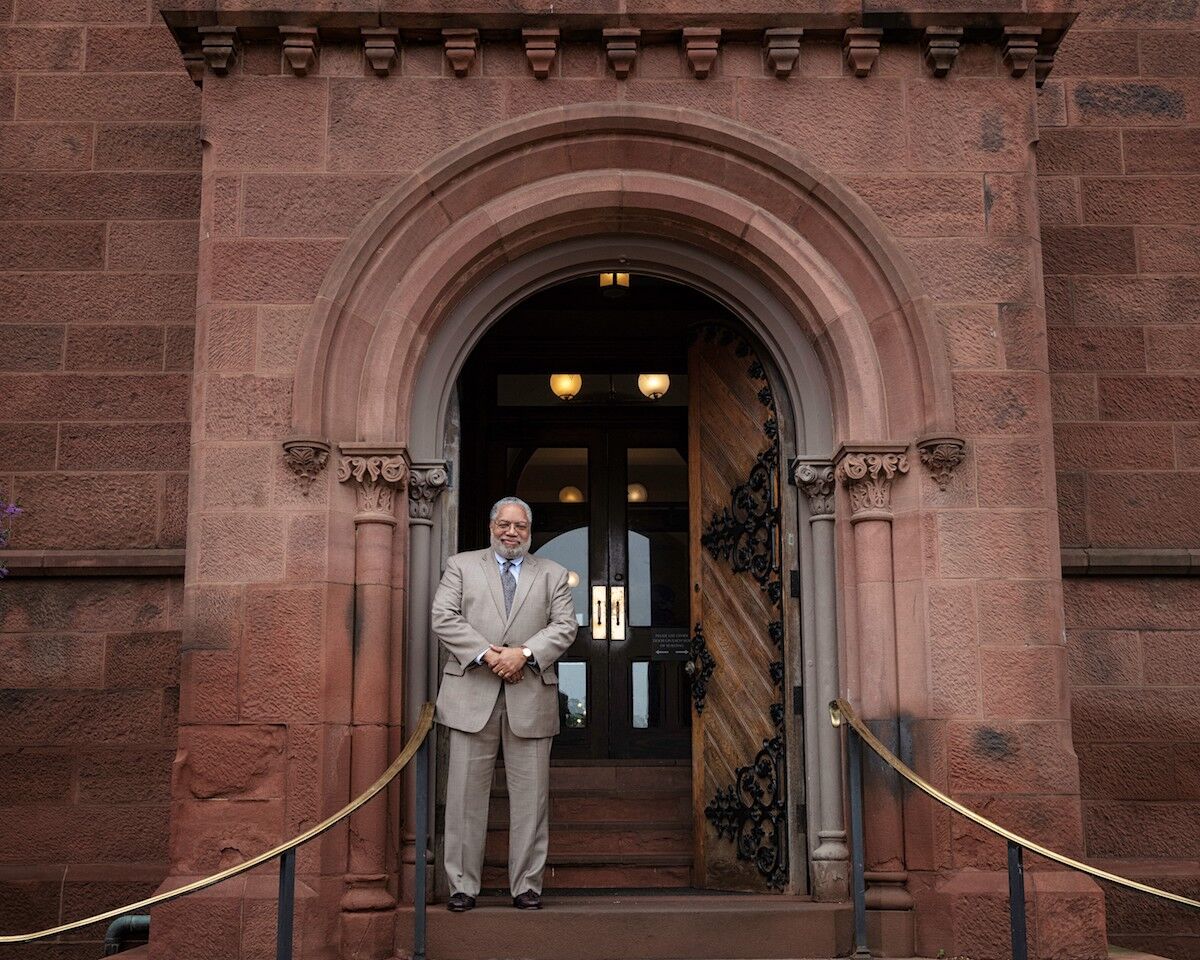 Secretary-elect Lonnie G. Bunch stands at the East Door of the Smithsonian Castle, May 28, 2019. Photo by Jaclyn Nash / Smithsonian Institution.

Lonnie G. Bunch III, the influential founding director of the National Museum of African American History and Culture (NMAAHC), is slated to become the next secretary of the Smithsonian Institution. Bunch will be the first African-American leader in the institution’s 173-year history. He will oversee all of the Smithsonian’s operations, including its 19 museums, 21 libraries, and the National Zoo.

Bunch has held positions at multiple Smithsonian institutions dating back to 1978, when he began working as an education specialist and historian at the National Air and Space Museum. In 1983, Bunch moved to Los Angeles and became the first curator at the California African American Museum. He returned to a role at the Smithsonian in 1989, when he took a curatorial position at the National Museum of American History, where his landmark successes included acquiring the historic Greensboro Lunch Counter—one of the U.S.’s most poignant symbols of racial injustice—and curating one of the museum’s most visited shows, “The American Presidency: A Glorious Burden.” In 2000, he once again left the Smithsonian to become president of the Chicago Historical Society, returning in 2005 to direct the NMAAHC, which opened to the public in 2016.

“I have such a profound love of the Smithsonian,” he told The Washington Post. “I want to help the world see the Smithsonian as I do, as a place that matters, with gifted people who just want to serve their country.” He added that being the first African American to take on the role “will open doors for others.”

David Rubenstein, chairman of the Board of Regents at the Smithsonian, spoke highly of Bunch’s impressive reputation, his history of successful fundraising efforts, and the extent of his institutional experience, telling the Post: “He has achieved one of the most impressive accomplishments at the Smithsonian in decades, building the African American Museum from scratch.”

The opening dedication ceremony of the NMAAHC included distinguished speakers such as Congressman John Lewis, Oprah Winfrey, and President Barack Obama, who opened his 30-minute speech with a quote from James Baldwin’s “Sonny’s Blues” that goes, “For, while the tale of how we suffer, and how we are delighted, and how we may triumph is never new, it always must be heard.” The President stressed the role the museum and its champions play in “making sure this tale gets told,” adding: “African-American history is not somehow separate from the American story. It is not the underside of the American story. It is central to the American story.” In a Smithsonian Magazine article published at the time of the NMAAHC’s opening, Bunch wrote that his goal was “to create a museum that modeled the nation I was taught to expect: a nation that was diverse; that was fair; that was always struggling to make itself better.”

The day when we opened [the NMAAHC] was America at its best. It was when people crossed racial and political lines and came together for the greater good. I’ll take that lesson with me. [. . .] I want to help the museums become as community-centered and as exciting to the public as the African American Museum is. [. . .] After serving in three museums, I have touched all aspects of the Smithsonian [. . .] I want to create ideas and programs that allow us to come together in ways that help the American public and the Smithsonian.

Bunch’s election was announced Tuesday morning and he will take over the office from his predecessor David J. Skorton, who announced his resignation in December, on June 16th.