The Louvre now offers a tour of all the art featured in Jay-Z and Beyoncé’s “Apeshit” music video. 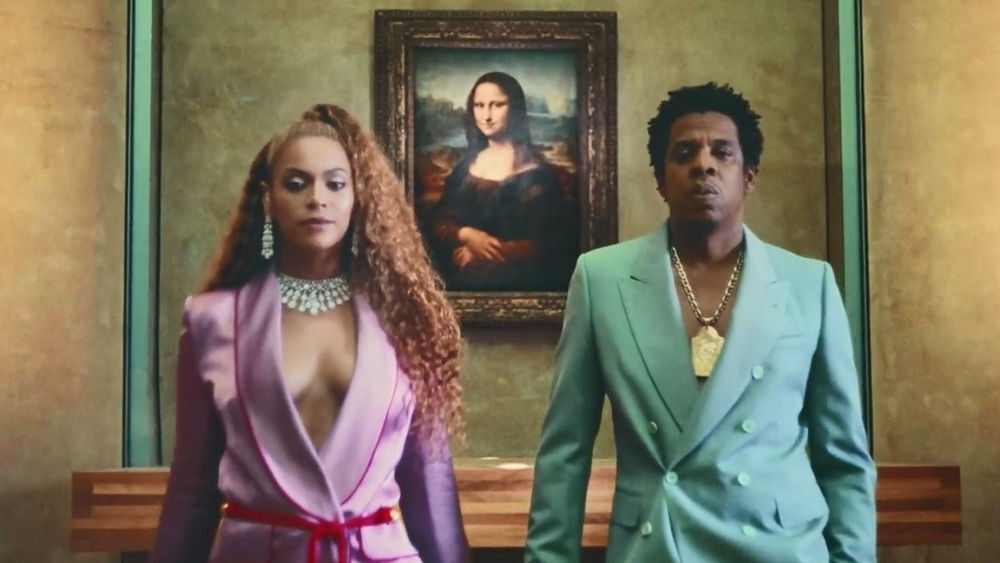 In the six-minute music video for new single “Apeshit,” Jay-Z and Beyoncé pose with and dance around 17 paintings and sculptures housed in the Louvre. Now, fans of the power couple can delve deeper into the artworks by going on the Louvre’s new tour, “Jay-Z and Beyoncé at the Louvre.” The guide will lead music fans through some of the museum’s most iconic artworks, such as the Hellenistic sculpture Winged Victory of Samothrace from the 2nd century B.C.—which Beyoncé iconically fluttered around wearing a white gown—to Jacques-Louis David’s Oath of the Horatii (1784) and Leonardo da Vinci’s Mona Lisa (c. 1503–19).

The “Apeshit”’ video has been praised for how it shows people of color interacting with the Louvre and art history—which, more often than not, is an overwhelmingly white and exclusionary realm. While the hour-and-a-half long audio guide does not elaborate on the artwork’s meaning in the context of the music video, it reframes the collection by making it of interest to audiences who may not feel especially welcomed or represented in art museums. The Louvre’s tour will most likely appeal to young international visitors as well; according to the Huffington Post, two thirds of the museum’s 8.1 million visitors were visiting France, and half of those visitors were under the age of 30.