The Louvre’s Delacroix exhibition set a new attendance record for a show at the Paris museum. 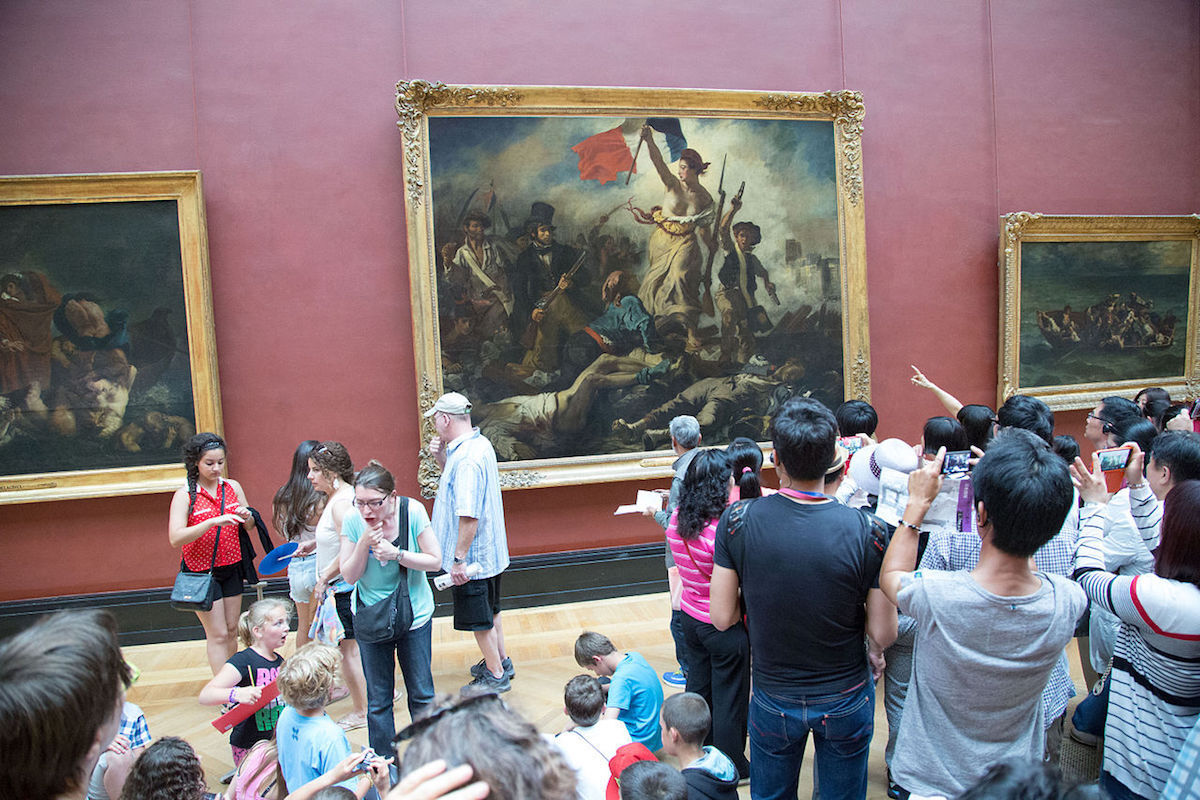 Eugène Delacroix's Liberty  Leading the People (1830) on view at the Louvre. Photo by Victor Grigas, via Wikimedia Commons.

The recently closed Eugène Delacroix retrospective at the Louvre set an all-time attendance record for the museum, with nearly 540,000 people visiting the exhibition. The show, which was co-organized by the Metropolitan Museum and will open at the New York institution in September, received some 5,100 visitors per day at the Louvre, just shy of the high volume garnered by the Parisian museum’s blockbuster Leonardo da Vinci and Jean-Auguste-Dominique Ingres exhibitions in 2003 and 2006, respectively, which racked up record hourly visitor rates of 5,454 and 5,200. However, with its long run of nearly four months, the Delacroix show was able to break the overall attendance record for an exhibition at the world’s most-visited museum.

The Louvre owns many of Delacroix’s most famous works, including the 19th-century French painter’s monumental and iconic Liberty Leading the People (1830) and Women of Algiers in Their Apartment (1834). The retrospective, curated by Sébastien Allard and Côme Fabre from the Louvre’s Department of Paintings, brought together about 180 works in total. It will have to bring in a lot more visitors during its nearly four-month run at the Met if it stands any chance of setting a similar attendance record in New York—the Met’s most popular exhibition ever, “Treasures of Tutankhamun,” brought in 1.36 million visitors during its run from December 1978 to April 1979.