A man attempted to steal one of the four remaining copies of the Magna Carta. 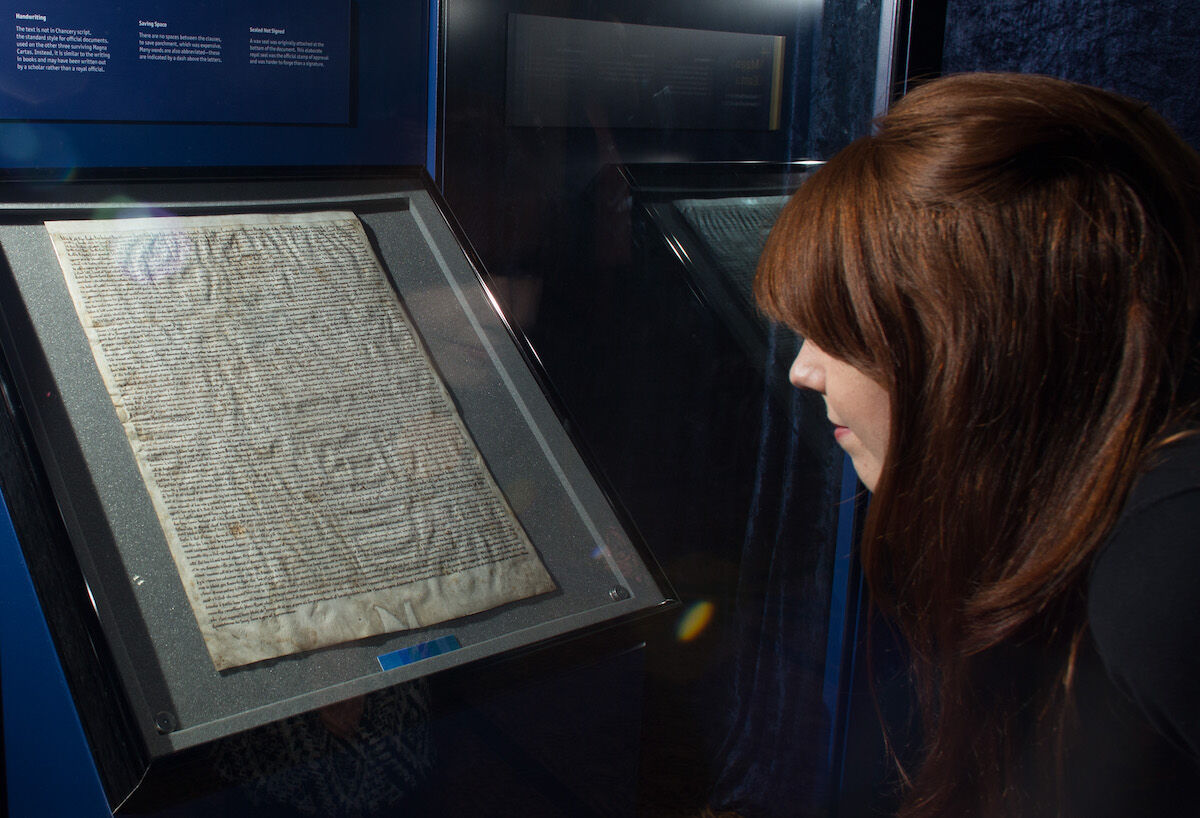 A visitor looks at the Magna Carta in Salisbury Cathedral’s Cloisters and Chapter House in 2015. Photo by Matt Cardy/Getty

It sounds like the climax to a third National Treasure movie, but when British police apprehended a suspect attempting to nab a Magna Carta yesterday, the hammer in his hand was definitely not a movie prop.

The 45-year-old man tripped the Salisbury Cathedral’s alarm system after he smashed the glass encasing the legendary document. The artifact, one of only four surviving copies of the Magna Carta from 1215, was not damaged during the incident.

The Reverend Canon Nicholas Papadopulos told Metro that the apprehended man, who matched witness descriptions, had

walked out of the Chapter House and tried to leave the cathedral via our work yard and he was detained there and restrained until the police arrived. It was members of our staff—he had been carrying a hammer so our guys were very courageous.

The man was arrested and taken into custody. The Salisbury Cathedral released the following statement: “We are very sorry that, for the time being, our copy of Magna Carta will not be available to visitors and will have it back on display as soon as we can.”