The man in the iconic photograph of a sailor and nurse kissing on V-J Day has died at 95. 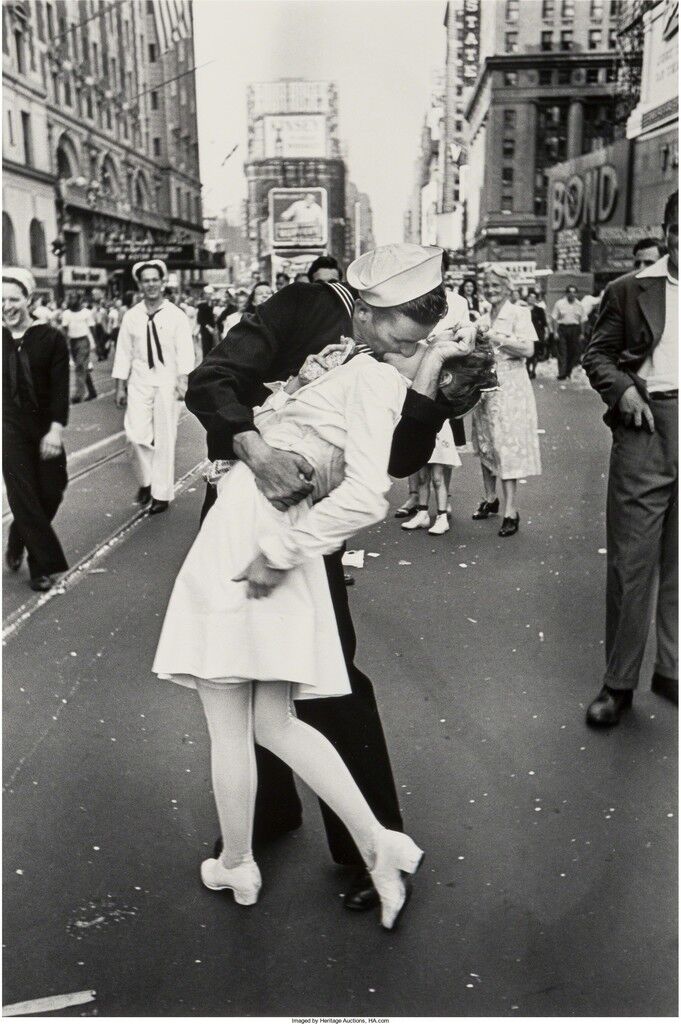 George Mendonsa, the man who made the most credible claim to being the sailor photographed kissing a nurse in the ebullient V-J Day march through Times Square, has died at 95.

Mendonsa was born on February 19th, 1923, in Newport, Rhode Island. His father Arsenio Mendonsa, a fisherman, and his mother Maria Mendonsa, were immigrants from Portugal. George Mendonsa dropped out of high school to join his father as a fisherman before enlisting in the Navy in 1942.

The famed photograph was taken by Alfred Eisenstaedt on August 14, 1945, amidst the celebrations taking place just moments after the public gained knowledge of Japan’s surrender from World War II. Eisenstaedt snapped four photographs depicting an anonymous sailor grabbing a nurse, bending her back, and kissing her. One of the photos appeared on a full page in Life magazine.

Since Eisenstaedt did not record the names of the photograph’s subjects, their identities had been a point of contentious debate for decades. While three women have claimed to be the nurse in the photo, she is most widely believed to be a woman named Greta Friedman. In 1980, Life asked the sailor to identify himself, and while dozens of men made claims, Mendonsa insisted it was him. When the magazine would not assuredly state that Mendonsa was the pictured sailor, he went so far as to sue the publication, though nothing came of the lawsuit.

As technology advanced, Mendonsa underwent extensive testing, which seemed to corroborate his claim. Included in this testing was a rigorous 3D mapping of his face, followed by a digital reverse-aging process, the result of which was said to not bear a single inconsistency between this rendered face and the face of the man in the photograph.

Lawrence Verria, co-author of The Kissing Sailor: The Mystery Behind the Photo That Ended World War II (2012), told the New York Times,

The evidence is of an overwhelming nature. No matter how you look at this, the story he gives, the physical oddities that are unique to him, the fact that several experts in different fields have looked over this case and have come to the conclusion that it is George Mendonsa.

It must be stated that there is much tumult regarding the context surrounding the famed kiss, as over time it has been made clear that the man and woman were not a couple but were, in fact, complete strangers. In 2014, Time magazine released an article stating that “many people view the photo as little more than the documentation of a very public sexual assault, and not something to be celebrated.” In 2012, the Huffington Post published an article culling quotes that framed the image in a similarly damning light.

In a 2005 interview, Greta Friedman, the woman in the photograph, said: “The reason he grabbed someone dressed like a nurse was that he just felt very grateful to nurses who took care of the wounded.” Despite the controversy surrounding the image, after formally meeting in 1980, Friedman and Mendonsa became friends and remained close until Friedman’s death in 2016.